Haley’s Health Inbox: What are they advising seniors do about dental cleanings?

‘Lions and tigers and bears, oh my!’ This is when you can finally go back to the Houston Zoo

The Best of The Texas Tribune's photojournalism of 2019

Published: December 31, 2019, 12:01 am
Tags: Politics
Mourners at a service held for Deputy Sandeep Dhaliwal of the Harris County Sheriff's Office. Dhaliwal was shot and killed while making a traffic stop on Sept. 27, 2019. Eddie Gaspar/The Texas Tribune

Last year was a memorable one in Texas, but that’s always true — in a state this big, diverse and complex, every year is bound to be momentous. And for the last 10 years, The Texas Tribune has told the story of our state with stories, data, deep dives and, of course, photos.

One big change for the Tribune last year was the birth of a dedicated photo department. In the past, we relied on a remarkable roster of freelance photographers across the state to get the images that go with our stories. While we continue to rely on these wonderfully talented photojournalists, we hired our first staff photographer and photo editor, Miguel Gutierrez Jr., in late 2018. With John Jordan as his deputy and three gifted photo fellows helping out in 2019, it quickly became the little department that could, and along the way began to define a bold and distinctive visual style.

From the big political stories to the ever-changing situation at the border, from the halls and chambers of the state Capitol to the homes of people affected by the laws that were passed, and from the jungles of Central America to Washington, D.C., Tribune photographers were there, every step of the way. Here are some of our standout photos.

First: Beto O'Rourke leads a counterprotest with thousands of other El Pasoans at the same time President Donald Trump holds a campaign rally on Feb. 11, 2019, in El Paso. Last: Presidential candidate Julían Castro pauses while supporters cheer during a rally on Monday, Sept. 9, 2019, in Houston.

Ivan Pierre Aguirre and Annie Mulligan for The Texas Tribune 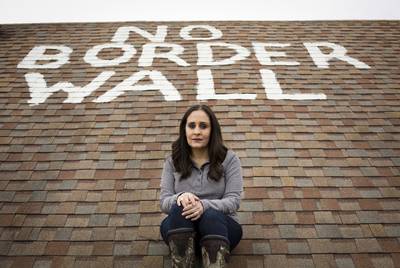 Naida Alvarez painted "No Border Wall" on the roof of her home in La Rosita. Alvarez has received letters from the U.S. government stating that her land is a potential site for a border wall expansion. Marjorie Kamys Cotera for The Texas Tribune

First: House Speaker Dennis Bonnen is shown during the Texas Fallen Heroes ceremony on May 25, 2019. Last: Texas Secretary of State David Whitley attended a hearing with the Senate Committee on Nominations during the 2019 legislative session. 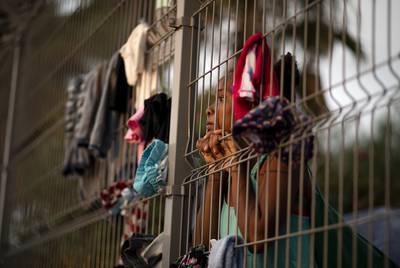 A young girl from the Mexican state of Guerrero looks towards the Gateway International Bridge in Matamoros on Oct. 16, 2019. Miguel Gutierrez Jr./The Texas Tribune

First: At the historic La Lomita Chapel in Mission, Rio Grande Valley residents held a morning vigil on June 28, 2019, for migrants who drowned attempting to cross the Rio Grande. Last: A makeshift memorial at the back entrance to the Walmart where a gunman opened fire on shoppers in August. 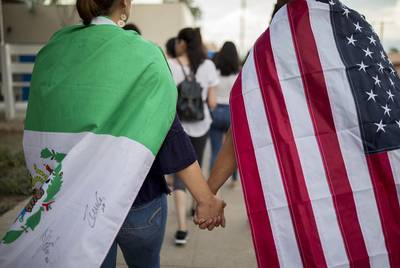 Samantha Ordaz and César Antonio Pacheco are shown during an Aug. 4, 2019, silent march for those who lost their lives in the mass shooting at a local Walmart in El Paso. Ivan Pierre Aguirre for The Texas Tribune

First: Mexican nationals pass time in an encampment in Matamoros, Tamaulipas, as they wait their turn to seek asylum in the U.S. on Oct. 13, 2019. Next: Yenssi Zepeda eats a meal inside the Casa Marianella migrant shelter in Austin on Nov. 26, 2019. Last: A young man from Honduras is shown on July 19, 2019, at a house on the outskirts of Ciudad Juárez. He has been living there since he was sent back to Juárez as part of President Trump's "Remain in Mexico" program. 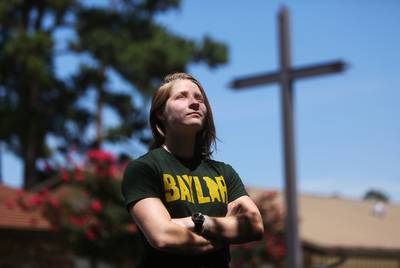 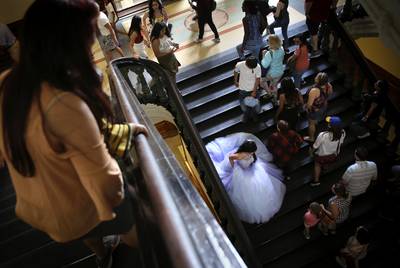 Eliana Peña wears her quinceañera dress for a photo shoot at the Texas Capitol on May 26, 2019. Juan Figueroa/The Texas Tribune 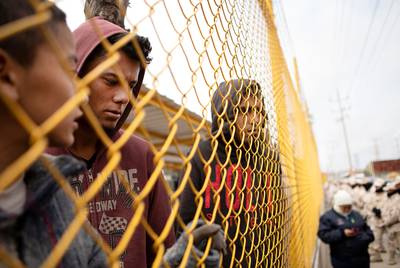 First: Former White House Communications Director Anthony Scaramucci, now a political commentator and investor, speaks with BuzzFeed's Ben Smith in September at the Texas Tribune Festival in downtown Austin. Last: An image from an event held during the Tribune Festival.

Bob Daemmrich and Marshall Tidrick for The Texas Tribune 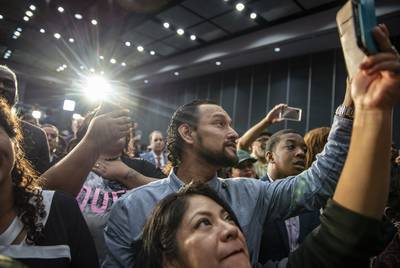 Supporters listen to Houston Mayor Sylvester Turner speak during an election night party at the George R. Brown Convention Center in Houston on Nov. 5, 2019. Sergio Flores for The Texas Tribune

Michael Stravato for The Texas Tribune 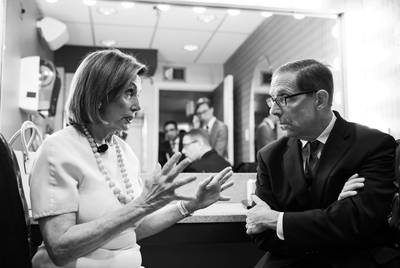