A year before Fort Worth ISD fired a teacher over her tweets about immigrants, students say she threatened to call the FBI on them

A year before Fort Worth Independent School District fired Georgia Clark over her tweets asking President Donald Trump to “remove the illegals” from her school, former students recall her threatening to report them to the FBI and Secret Service after they criticized the president.

“One day she did threaten us, ‘I'm calling the FBI or Secret Service’ or whatever. We were talking about the president,” said Rigoyosmar Ramirez, 19, who graduated from Amon Carter-Riverside High in May and said he was in Clark’s English class during the 2017-2018 school year. “She said, ‘If you even threaten our president, I can have the Secret Service investigate all of this and have you guys in custody and have y'all tried as adults.'”

He said she directed her comments toward the entire class, which was composed of mostly Hispanic students.

Clark, who was a teacher with Fort Worth ISD since 1989, denied threatening to call the authorities on her students through her lawyer, Brandon Brim.

“Ms. Clark worked diligently to support all her students,” Brim said in an email to the Texas Tribune. “She denies that she ever threatened to call the FBI or Secret Service, nor does she recall any instance in which she heard students disparaging President Trump in her English class.“ 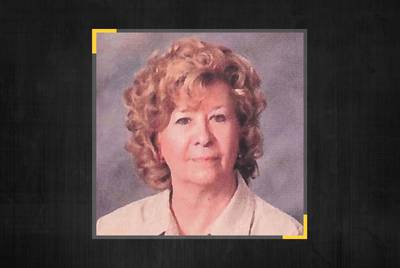 But recent Carter-Riverside High graduate Jan Carlo Guajardo, 18, who was in the class with Ramirez, also remembers Clark threatening to call federal authorities.

In the wake of the Texas Education Agency’s decision to reverse Clark’s firing, Ramirez, Guajardo and others in the Fort Worth ISD community say they’re upset by the notion that the teacher could get her job back.

Fort Worth ISD fired Clark in June after discovering several tweets she publicly posted – intended to be private messages to Trump – about undocumented immigrants in both the city as well as her school.

“@realDonaldTrump, Mr. President, Fort Worth Independent School District is loaded with illegal students from Mexico,” Clark wrote in since-deleted tweet to Trump. “Carter-Riverside High School has been taken over by them. Drug dealers are on our campus and nothing was done to them when the drug dog (had) the evidence.”

Last month, Texas Education Agency commissioner Mike Morath reversed the school district’s decision, mostly on procedural grounds, saying the school either had to reinstate Clark with back pay and benefits or give her one year’s salary.

The school district voted this week to appeal Morath’s decision. Fort Worth ISD spokesman Clint Bond said the vote did not specify whether they would appeal to Morath, the deadline for which is Monday, or a district court, which has a deadline of Dec. 26. If the school district appeals to TEA, the agency has 45 days to either grant or deny the rehearing request.

“The Commissioner’s decision was not based on the merits of the case but rather a procedural technicality with which the District does not agree,” Fort Worth ISD said in a statement following Morath’s decision.

The students said they were glad when the school district fired her in June.

“After (the tweets) surfaced, we were all relieved that she was caught,” Ramirez said.

Jacob Martinez, another former Carter-Riverside student, said in a message he didn’t have class with Clark, but he thinks her actions have alienated many members of the student body, which is 87% Hispanic.

“Carter is a place of diversity, and such diversity is (supposed to be, at least) embraced by the staff and faculty,” he said via Facebook messenger to The Texas Tribune. “Safe places for undocumented children to learn and grow are in short supply, and it rubs me the wrong way how Georgia Clark decided to potentially endanger dozens of kids. KIDS. In a country where you're put in a cage if they catch you without the proper paperwork.”

“There are some people whose teachers are their friends, who they trust and having a teacher that basically wanted to backstab most of her students like that,” he said, “I'm pretty angry that they didn't revoke her teaching license.”

Ramirez said he wants the school to do a deeper investigation into her conduct. He said his 15-year-old younger brother told him he didn’t want to have her as a teacher going into high school.

Guajardo said it bothered him that in her tweets to Trump she was making make assumptions about their legal status based on their skin color.

“I found that not only offensive because she's saying people don't have documents, but she doesn't really know that,” he said. “Just based on how we look, she’s saying we don't have papers and all that. And that's really offensive to someone that actually does have papers.”

In Morath’s written decision to reinstate Clark, he stated that her comments on Twitter were protected speech under the First Amendment. But beyond that, he wrote that the school’s argument that she had forfeited some of her own free speech rights by signing her employment contract was invalid.

Scott Schneider, an education and free speech lawyer in Austin, said Clark is likely protected in several ways, including that she was using a personal account on her own time and talking about an “issue of public concern.”

If she was on Twitter at work, or at home but attacking her coworkers, her speech would not have been protected, Schneider said. However, if she made students feel unsafe, that could be a potentially punishable offense, he said. But, the school district has to make sure it handles such statements without favoring either side of the political spectrum, he said.

“If you say something that's politically provocative, and now students don't feel comfortable coming to your class anymore, well, then you've engaged in speech in a way that's so disruptive that we as your employer are entitled to discipline,” Schneider said.

Bond declined to say how the district would handle her return, calling it “conjecture since Ms. Clark is currently not an employee of Fort Worth ISD.”

The former students said they don’t understand why Clark would want her job back.

“Why? Why return? Why return to that school?” Ramirez said. “It's not like she's going to come back and students are not going to talk about it.”