5-year-old boy in critical condition after being hit by stray bullet in SW Houston, police say

Analysis: Who is getting coronavirus in the Houston area?

HOUSTON – It has been two weeks since 4-year-old Maleah Davis was reported missing.

It's a case that has taken many twists and turns since she was reported missing by her stepfather, Derion Vence on May 5.

Here are the developments, from the beginning until now:

An Amber Alert was issued in connection with the disappearance of 4-year-old Maleah Davis.

Houston police said three men in a pickup truck may have kidnapped Maleah, based on what Vence told them. The Amber Alert said Maleah, Vence and his 2-year-old son were reportedly abducted by the three. Read more here -->

EquuSearch joined the Houston Police Department in the search for a 4-year-old girl at the center of an Amber Alert.

“We got a lot of work to do and got a lot of great investigators working with us, and again, we’re going to give it our best shot,” said EquuSearch's Tim Miller.  Read more here -->

Derion Vence named person of interest in the case

Police said Vence's story about what happened was inconsistent. He was also the last person to see Maleah before she went missing. Read more here -->

According to officials at Child Protective Services, the state agency received a report of allegations of physical abuse in August after Maleah suffered a head injury.

Maleah and her brother had been in CPS Custody for the past several months, according to court documents. Read more -->

The Nissan Altima previously reported stolen by Vence was found in a mall parking lot. A cab driver spotted a vehicle in Missouri City.

“The vehicle was unlocked when we got here,” Fregia said. “There’s no obvious signs of anything happening in the car," said Ken Fregia, a detective with the Houston Police Department. Read more -->

Maleah's mother dropped several bombshells against the girl's stepfather. She claimed that there is surveillance video that will help police in their investigation.

Quanell X said Bowens and Vence got into an argument.

"She told him that she was giving back his ring and that she was not going to marry him, and I believe that caused him to snap in anger against young Maleah," he said. Read more -->

Derion Vence was booked into the Harris County jail on suspicion of tampering with evidence, a human corpse, according to the jail website. Investigators said they found blood evidence linked to Maleah in his apartment. Read more -->

Jania Soto said she lives right across from where Maleah, her mother and Vence lived.

Sotos’ surveillance camera caught Vence briefly walking over to his car alone on the day Maleah’s mother had flown out of state. Soto said she remembers clearly not noticing the bruise on Vence's head the same night Maleah was reported missing. Read more -->

A photo shows the last time Maleah was seen before she was reported missing two weeks ago.

According to a police source, the photo shows Maleah and Vence, walking into the apartment together just before 8 a.m. on April 30. Another surveillance photo provided by a police source shows Vence leaving the family's apartment at 6:47 p.m. on May 3, about the time Vence said he left for the airport.

Maleah is not seen in the photo, but her younger brother is. Read more >

Vence was expected in court Monday morning, but his court appearance was reset to July 10.

Maleah's mother, Brittany Bowens, did not utter a single word as she walked out of the courtroom alongside community activist Quanell X. She was greeted with cameras, cellphones and a crowd of community members shouting "Justice for Maleah!" as she made her way to the elevator.

Quanell X addressed the people, saying the main concern for him and Bowens is answering the question: “Where is Maleah?” Read more >

Vence is charged with tampering with evidence. As of late Monday afternoon, he remains in jail. Read more >

Will Maleah's mother be charged?

One question many Click2Houston.com followers have is if Bowens could face charges.

According to KPRC2 legal analyst Brian Wice, "The critical issue is distinguishing between the mother's moral responsibility as a parent to do the right thing by her child and to give law enforcement everything that she had at her disposable versus her criminal liability. Right now, she is a grieving mom who made a tragic mistake by not doing of what she could do as a mom to this young kid to help law enforcement at a time when law enforcement needed the help.

As it turns out right now, her moral responsibility is radically different from her criminal liability, which how I understand it right now is zero." Read more >

The search for Maleah expanded Tuesday to a haunted house in Rosharon. Members of Texas EquuSearch said teams were combing an area near the Creepy Hollow Haunted House off State Highway 288 in Brazoria County.

They would only say they were investigating a tip they had received. Read more -->

A look at the history of Maleah Davis and CPS

Documents filed in family court reveal a monthslong investigation by Child Protective Services leading up to the disappearance of Maleah.

The investigation looked into allegations that both Maleah's mother, Brittany Bowens, and her biological father, Craig Davis Jr., abused Maleah and her 7-year-old brother.

KPRC2 has received the court documents dating back to 2018 after Maleah suffered a head injury, which apparently prompted the child abuse investigation. Read more -->

Maleah has joined the ranks of Houston's missing children, as listed on the National Center for Missing and Exploited Children's website.

As of this writing, 56 children are missing from Houston. The details of the cases listed by the National Center for Missing and Exploited Children are not included on its website. Read more -->

Derion Vence wants everyone to know he’s innocent, his brother Joe said Tuesday after he spoke with him.

The younger Vence spoke to his brother at the Harris County Jail for 20 minutes. Read more -->

After bond was reduced Monday for the man at the center of the disappearance of Maleah, KPRC Channel 2 News spoke with different experts to get perspective on why Vence's bond was lowered. Read more -->

The search for a missing 4-year-old Maleah Davis continued during the day Wednesday in Rosharon, but officials canceled the search later Wednesday night.

During the day, members of Texas EquuSearch assembled at the Spaceland Houston facility at the corner of FM roads 521 and 1462 in the small Brazoria County town, and appeared to be searching some nearby woods for Maleah. Ground crews, ATVs and a helicopter all appeared to be in use. Read more >

Answering your questions about the Maleah Davis case

Stories about Maleah have been some of our most-read articles and most-watched videos on our website. KPRC2 followers and viewers have had many questions surrounding Maleah's disappearance, the story her mother says, and the fact that her stepfather is facing charges in connection with the case.

Reporter Sophia Beausoleil participated in a live chat Wednesday afternoon to answer your questions. See the window below to read a recap of the chat. Read more >

Groups of people gathered at Oyster Creek Park Wednesday, the same location where days ago, volunteers handed out flyers -- hoping to find Maleah.

A reward is being offered in the case. Crime Stoppers said the reward of up to $5,000 for information about Maleah Davis’ disappearance is the standard amount that is offered in any unsolved case, but it might be increased in the future. Read more here.

'I just want them to find her': Maleah Davis' teacher speaks out

Maleah Davis' cubby at the Attitude Respect N’ Manners school remains empty for weeks. Her teacher at the school spoke with KPRC about the impact her disappearance has had not only on the students, but her as well.

MAP: These are the places people have searched for Maleah Davis

The search for Maleah Davis has grabbed the attention of the nation since her disappearance. Since then, crews have combed several locations in the Houston area in an effort to find the missing girl.

Here’s a map that shows how the search for Maleah has unfolded.

Maleah Davis case: What we know and what we don't know 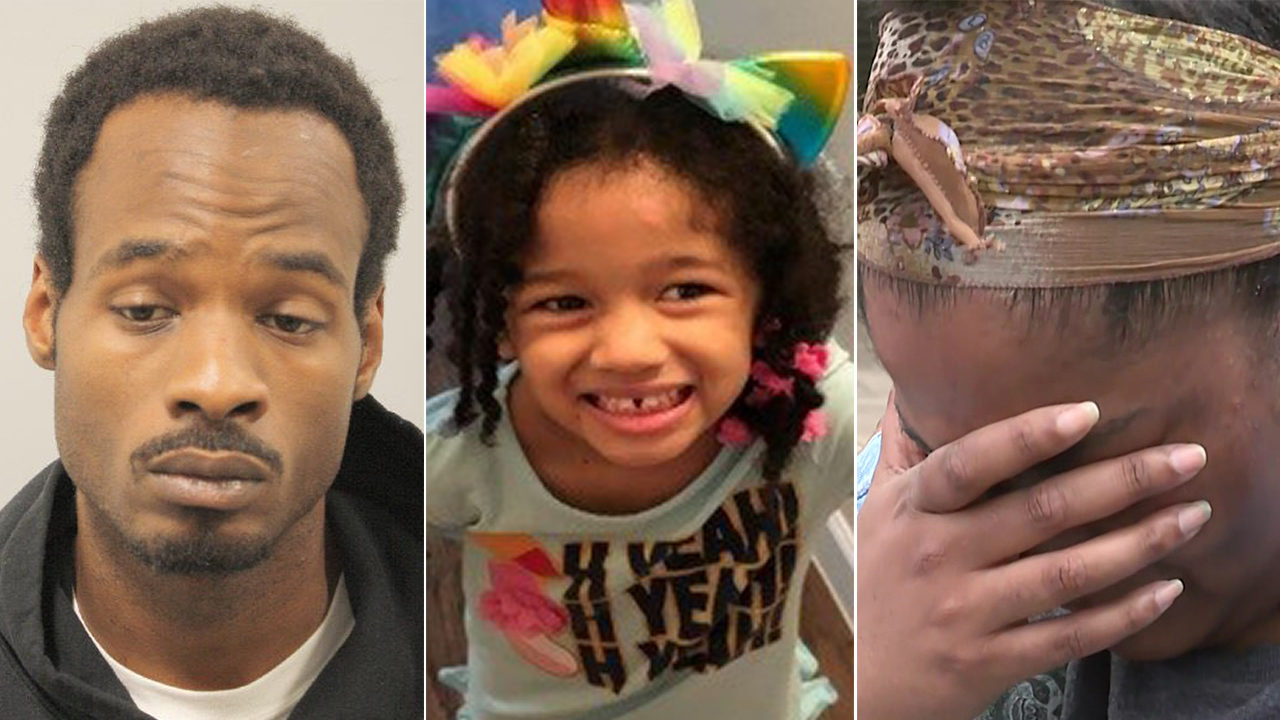 KPRC2 followers and viewers have had many questions surrounding Maleah's disappearance, her mother's story and the fact that her stepfather is facing charges in connection with the case.

Here we lay out the most popular questions from a live chat with reporter Sophia Beausoliel -- those to which we know the answer and those that remain unanswered. Read more here.

Here's what happened Wednesday in the search for Maleah Davis

You can see all of our coverage here.