Optimism about COVID-19 rises slightly, but many still worry about a bumpy road ahead

GALVESTON, Texas – It was an unforgettable evening fishing trip that was caught on camera.

Late-night fishermen managed to reel in a shark.

Wesley Myers said before he packed up his tacklebox on his last day at the Bolivar Peninsula, he felt the pull to throw in one more fishing line. He quickly had a bite on the line; a big one. 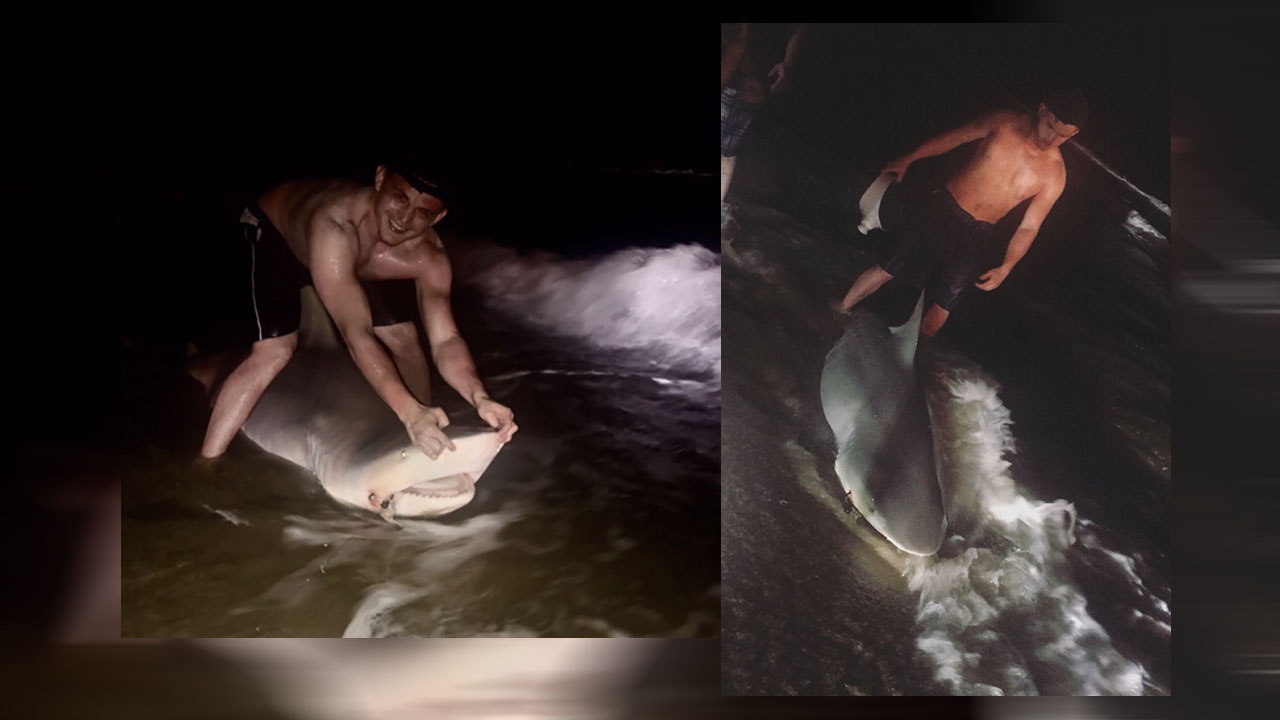 In the video, the men can be seen struggling to reel in a bull shark.

They said the shark was eight feet long and weighed 400 pounds.

"It started pulling me into the ocean," Myers said. "I was just holding on for dear life trying to wear it out."

Myers said he has waited several years to experience a fishing excursion like this.

"I have a lot of respect for the fish after this," he said.

After taking a few pictures, they let the shark go.