7 things to know from the major announcements made by local, state and national leaders today about coronavirus

Rent is due: Here are financial resources to help you navigate all of the bills that are now due

HOUSTON – The Saturday before the start of the Houston Livestock Show and Rodeo will feature two big events: the downtown parade and the Rodeo Run.

The downtown parade has been a Houston tradition since 1938. This year's grand marshal will be longtime Houston broadcaster Dave Ward.

The parade route will begin Saturday at 10 a.m. at Bagby and Walker streets. It will go from Travis to Bell Street and from Bell to Louisiana Street. The route will then turn on Lamar Street before ending at Lamar and Bagby streets.

Before the parade begins, the 2018 Rodeo Run presented by ConocoPhillips will begin at Bagby and Walker streets and end with a post-race party near Eleanor Tinsley Park.

The event includes a wheelchair race, a 10K race and a 5K fun run/walk. Proceeds will benefit the Houston Livestock Show and Rodeo Educational Fund.

The Rodeo Run begins with the wheelchair race at 9:10 a.m.

Streets around the run and parade routes will be closed from 8:30 a.m. until around 2 p.m.

Here are some parade viewing tips from the Rodeo:

For more information on the Rodeo run and parade, click here.

Here's a map of the parade route: 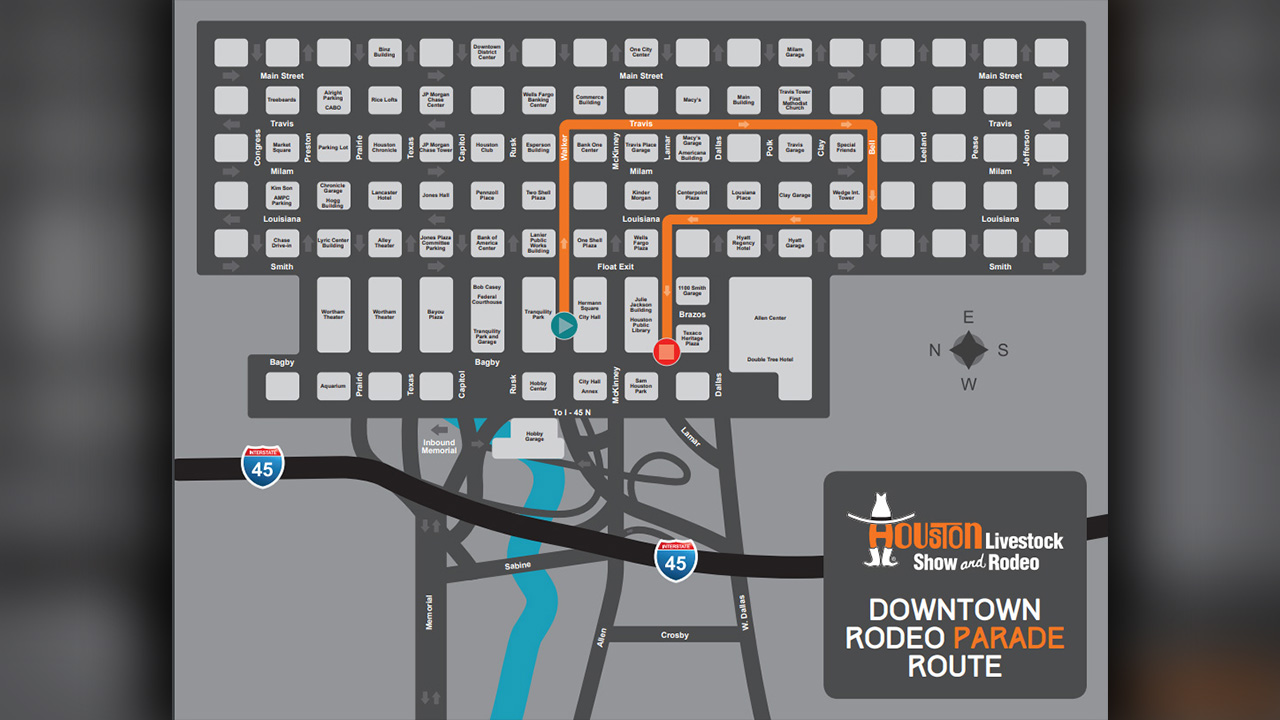