Live coverage of the trial of former Fort Worth police officer Aaron Dean, who shot and killed a Black woman through a window in her home in 2019

HOUSTON – A northeast Houston family is on edge after two men broke their front gate, broke into their home and stole their English bulldog.

The burglary was caught on the family's surveillance cameras.

The Ruiz family said it bought a new English bulldog after its other two, one which was pregnant, disappeared in November.

The family is now convinced someone stole them.

“Oh, it was horrible. It was devastating,” said Dora Ruiz. “It’s like, you work hard for your stuff to have your things, and just for someone to come and take them.”

Ruiz and her husband went to the gym around 8 a.m. Tuesday morning, and when they came home the found that someone had broken into their house.

WATCH: Surveillance video of dog being stolen from home

“We saw our gate open, our window busted. We came and the first thing we thought was 'my dog,'” said Ruiz.

Boss, their 4-month-old English bulldog, was missing from his crate.

Surveillance video shows that two men cut the chain on the gate surrounding the driveway, squeezed through and then walked onto the property.

"You can see here where they broke the window,” said Ruiz while standing in her dining room.

She believes the men threw a cup to break the window to see if the alarm would go off. It wasn’t on, and she said the men kicked their way through the front door.

“He was in here,” said Ruiz as she pointed to an empty crate in their living room. “When I leave, I would always lock him in because I would rather (he) be in here safely.”

A photo of the suspects and their vehicle is below: 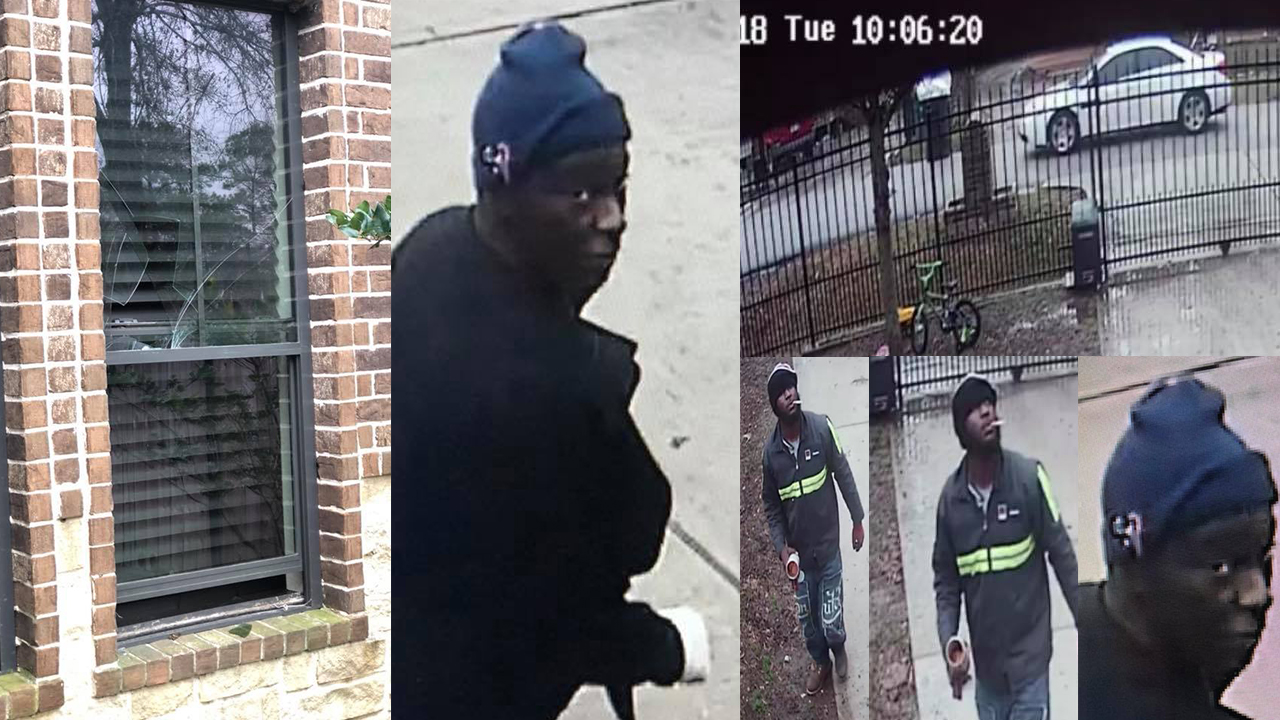 Ruiz said the men pulled the dog out, and took her laptop. Surveillance video shows the men walking away from the house with Boss.

“Too much of a coincidence, two times. It’s just too much,” said Ruiz about her other dogs, Zaaz and Zazzy, who vanished in November.

She said the two dogs were outside on their property and she and her husband thought they had gotten out and run away. But now, Ruiz said, she’s convinced that’s not the case, especially since Zazzy was pregnant.

“We had just settled down back in November, had been crying for the dogs, forever. Now, with this, I’m, like, 'Not again,'” said Ruiz.

A photo of the dog being stolen is below: 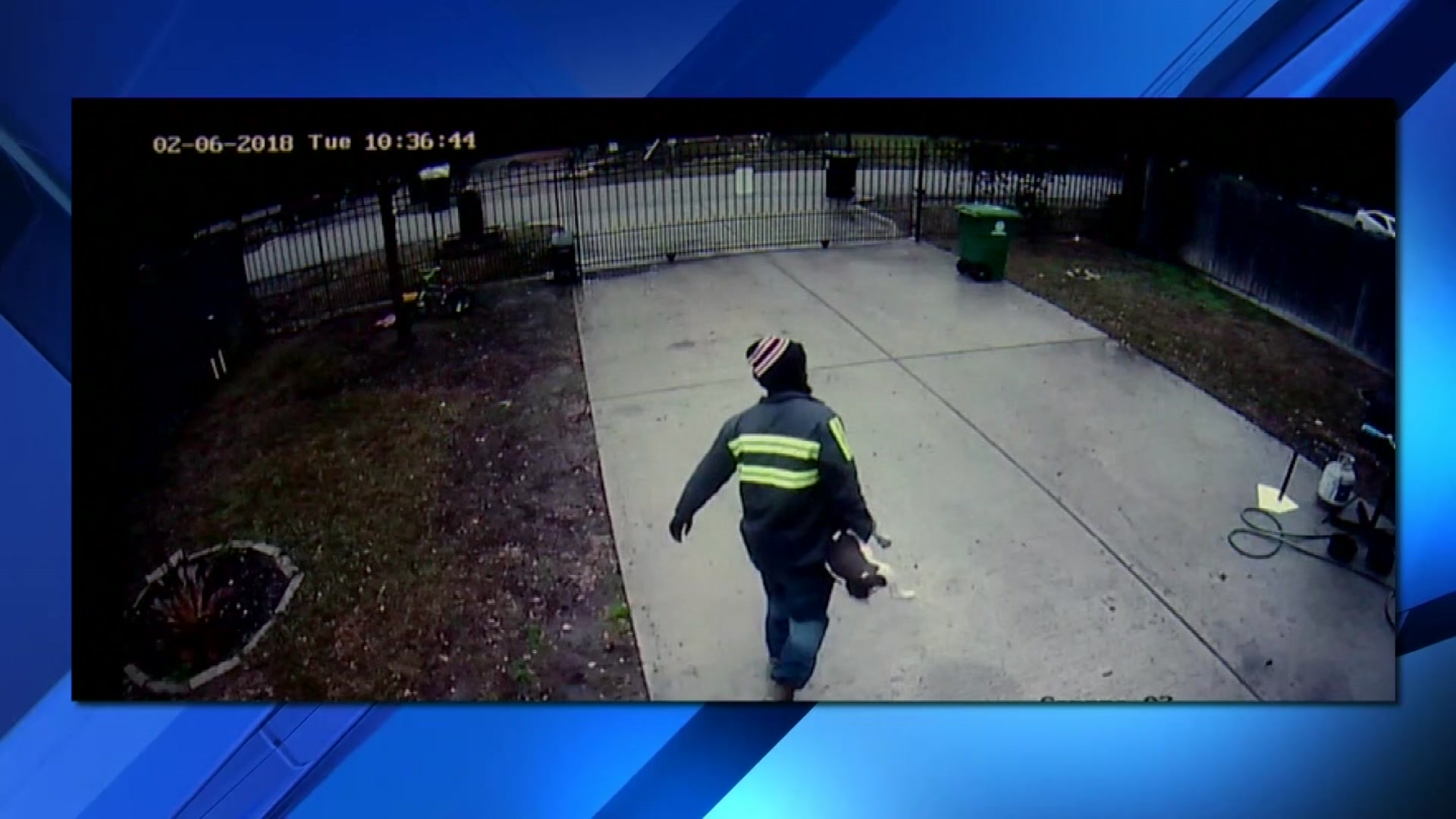 Ruiz said she believes that, earlier on Tuesday, she spoke with one of the men who broke in. She said there is a "missing dogs" sign on their gate, with her number on it.

She said a man called and said he had information about the missing dogs.

Ruiz said they rushed home, but no one was there. Surveillance video showed a white SUV pull up right to their home and what appeared to be one of the suspects on the phone.

Ruiz believes the men were trying to see if she and her husband were home.

If you have any information, call Crime Stoppers at 713-222-TIPS (8477) or call the Houston Police Department.