Ask2Live: Facing eviction? Get answers from local experts in our exclusive Zoom conversation

5 things for Houstonians to know for Tuesday, Sept. 22

HOUSTON – According to a recent survey by the Episcopal Health Foundation and Kaiser Family Foundation, nearly half of the Texas residents affected by Hurricane Harvey said they are not getting the help they need to recover from the storm.

Two-thirds of residents across 24 Texas counties said they suffered property damage, employment disruptions and/or lost income due to Harvey.

One in nine residents in the hardest-hit counties remain displaced from their homes three months after the storm.

Meyerland resident Catherine Couturier had been out of the home for renovations.

"We lost pretty much everything we own," Couturier said. "I haven't gotten any insurance money except for the advance which is nothing. I haven't even gotten my proof of loss which is what [insurance thinks] I'm going to get, but I can't keep waiting around. It's been three months, and I have to pay for two sets of bills at this point."

Real problems for families who are trying to rebuild at the same time. Couturier said she is spending money as best she can but she feels it is being spent some-what blindly because she has not seen the FEMA money she knows she is entitled to, and insurance hasn't been in great contact with her.

"I'm just kind of crossing my little fingers, and that's not how I like to live life as a grown woman with two children," Couturier said.

"The conventional wisdom that Texans hit by Hurricane Harvey have recovered is wrong," said Drew Altman, president and CEO of the Kaiser Family Foundation. "The people in the hardest-hit areas are telling us that they still face major hurdles before their lives return to normal." 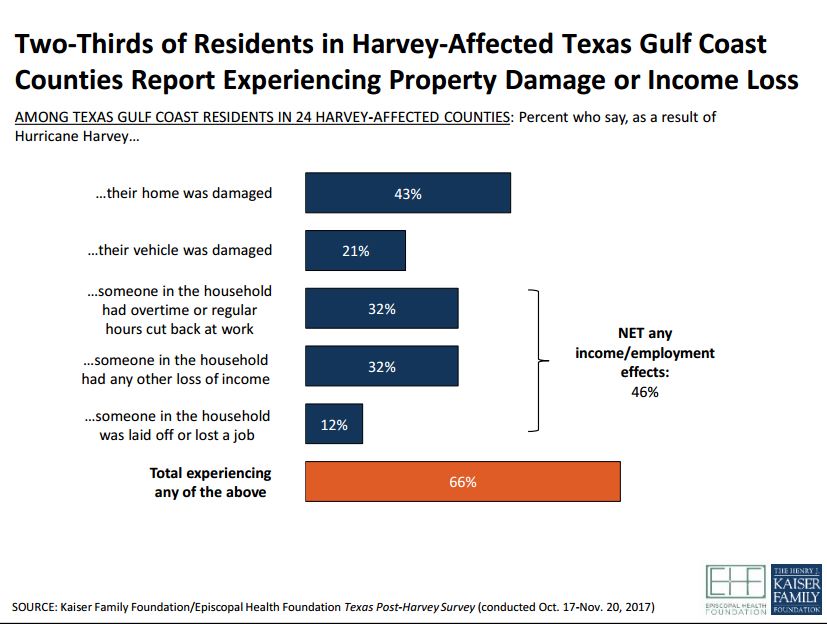 Here are some things the survey discovered: 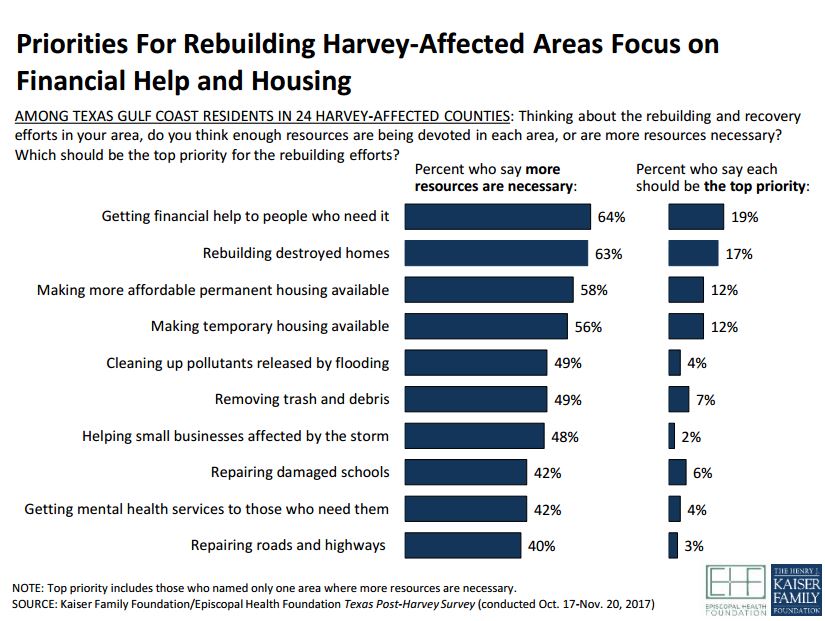