7 ways to get free or low cost health care services

5 things for Houstonians to know on Monday, May 25

Two killed after vehicle flies off freeway, crashes into hotel

HOUSTON – The month of June kicked off with more storms and flooding across the Houston area, along with some big stories.

Spring one of hardest hit areas by Wednesday's storms

Major flooding along the Brazos and Trinity River continued.

Spring was one of the hardest hit areas by Wednesday's storms. The intersection of Riley Fuzzel Road and Aldine Westfield was one of dozens of intersections that flooded with many being shut down by law enforcement and road crews.

With the rain coming down in sheets, intersections became flooded and drivers found it difficult to make it from one point to the next.

Tap or click here to view the latest weather warnings and more.

The Aldine Independent School District Middle School teacher accused of having a sexual relationship with a 13-year-old student was released Wednesday -- hours after she turned herself in to Montgomery County police.

Prosecutors said Alexandria Vera had a sexual relationship with one of her students and also got pregnant by the eighth-grader.

Vera, an English teacher, admitted to conducting a sexual relationship with the student since last September, authorities said. A report said the student was in her eighth-grade English class.

According to court reports, Vera said she got pregnant with the student's baby in January. She told the officer that the student's family was told about the pregnancy and that they were supportive and excited about the baby, prosecutors said.

Vera appeared in court Friday. During the hearing, the judge went over the details of Vera's bail conditions. She was ordered to wear a GPS tracking system and to stay away from schools. Vera is not allowed internet access and she is to have no contact with the victim or minors, except her younger brother. She also must stay inside her home from 8 p.m. until 7 a.m. daily.

Read more of the story here. 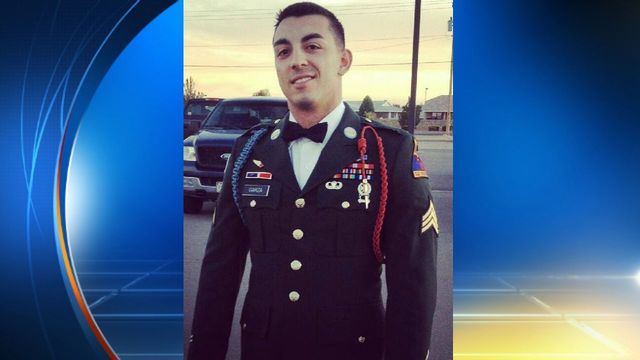 An officer-involved shootout Sunday morning left two dead and several others injured, including multiple innocent bystanders, in the west side of town, police said.

Police said the main suspect, Dionisio Augustine Garza III, 25, was shot by a SWAT officer, and several others were wounded.

Among the victims were Byron Wilson, 30, Denise Slaughter, 59 and Eugene Linscomb, 57, who was shot to death inside a black Mercedes.

Investigators found a military-style backpack Monday at the Conoco gas station, which caught fire Sunday after being hit by a hail of gunfire. The backpack contained bullets, a birth certificate and several other items.

View photos, videos and more of this story here.

Boyfriend charged with murder in death of teen girl 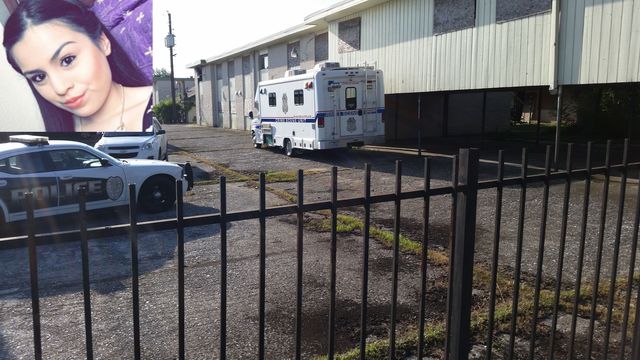 The body of a missing 15-year-old South Houston High School student was found inside an abandoned apartment complex in the 1600 block of Avenue N in South Houston, according to Texas Equusearch.

Tim Miller, of Texas Equusearch, told KPRC 2 he found Karen Perez's partially clothed body Monday night hidden inside a cabinet under a kitchen sink. She was found around 10:15 p.m. inside a filthy apartment inside the Allen Arms Apartments complex.

“There was some information leading to the apartment complex here. We searched it earlier in the day and had the school district search it, too," Miller said. "I don’t want to slander anybody, but we searched 25 units, and there are 200 units. It proves it wasn’t searched the way it should’ve been searched yesterday afternoon.”

Karen disappeared on May 27.

See reactions and more of this story here.

More than 30 people hurt in crash

More than 30 people were injured Wednesday afternoon when a METRO bus collided with a metal overhead traffic sign.

The accident happened just before 1:30 p.m. in the 2200 block of Runnels at Chartres.

Witnesses say a black pickup ran a stop sign on Runnels, the bus tried to avoid it and then swerved into the sign.

"It was just chaotic, like everyone was running for cover, people were trying to get people off the bus and you could hear sirens everywhere," said Massa Mohawk, who was riding his bike near the scene when the crash happened.

Officials said 32 people were hurt. Twenty-eight were taken to a hospital, one in serious condition.

Texas-based company Live Love Gameday is getting a lot of heat over one of their T-shirts. Twitter users are accusing the company for selling a "sexist" tank.

The shirt says, "Girls who love baseball are rare. Wife' em up."

When Live Love Gameday tweeted out a photo of the shirt, Twitter users immediately blasted them, some calling the company "pathetic."

What do you think of the shirt? Tap or click here to vote in our poll and to read more of the story.

Woman flags down deputy, worried about her elderly father 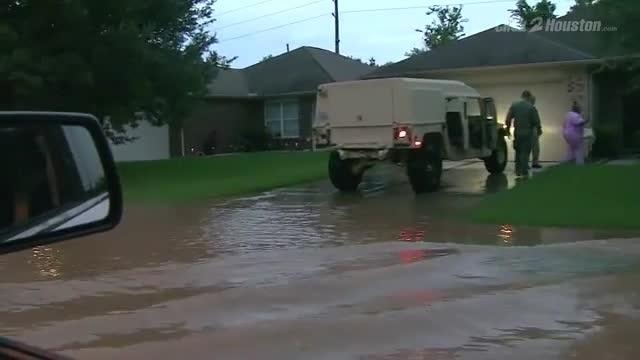 A woman flagged down a deputy, worried about her elderly father. She needed a ride into his flooded neighborhood to check on him.

Two officers with the Fort Bend County Sheriff's Office gave her a lift in their Humvee.

The water in Rio Vista off FM 359 in Richmond is rising. Most of the homes were still OK, but the streets were impassable.

They found Ervia Tyler's dad inside his home. The disabled veteran was alone and couldn't get out.

"It makes you feel good ... serving (this) country when you get this attention," James Fuller, the disabled veteran, said.

"I'm speechless, I've never seen Pecan Grove like this in my entire life and I grew up in Rosenberg," Tyler said.

They were headed to higher ground to stay with relatives.

Read more of this story here.

It's the shirtless photo that almost broke the Internet.

Houston Texans defensive lineman J.J. Watt got a lot of attention over the Memorial Day Weekend after he posted a shirtless photo of himself on social media.

A reporter asked Watt at the Texans OTAs press conference Tuesday about the shirtless photo. You could say he was a little embarrassed while he was trying to explain.

"People are wild on social media. They will literally say almost anything. Man, it's getting hot up here," Watt said.

Watt said it was just a pool day and that the lighting was just right.

View more of this story and Watt's explanation here.

Pass the test? This week's quizzes on Click2Houston.com: