Ask 2: When will Harris, Fort Bend, Galveston and other Houston-area county libraries open?

Here is how, when you can get Texas Renaissance Festival tickets for nearly half price

TIMELINE: Houston’s firsts, from the momentous to the mundane and everything in between

HOUSTON – As we head into the holiday weekend, the Houston area saw more big stories throughout the week.

Severe weather hit most of the Houston area this week, causing multiple weather alerts to be issued.

A confirmed tornado touched down near Wixom Valley Thursday afternoon. The funnel was moving at a reported speed of 25 mph.

Strong storms moving out of Waller County produced 2 inches per hour in Hempstead.

There were some reports of flooding in The Woodlands. Bear Branch at FM 2978 is out of its banks. Alden Branch at Alden Bridge was almost at Top Of Bank.

Some students were actually stuck inside schools in Tomball ISD on Friday.

Men pose as workers to gain entry for home invasion 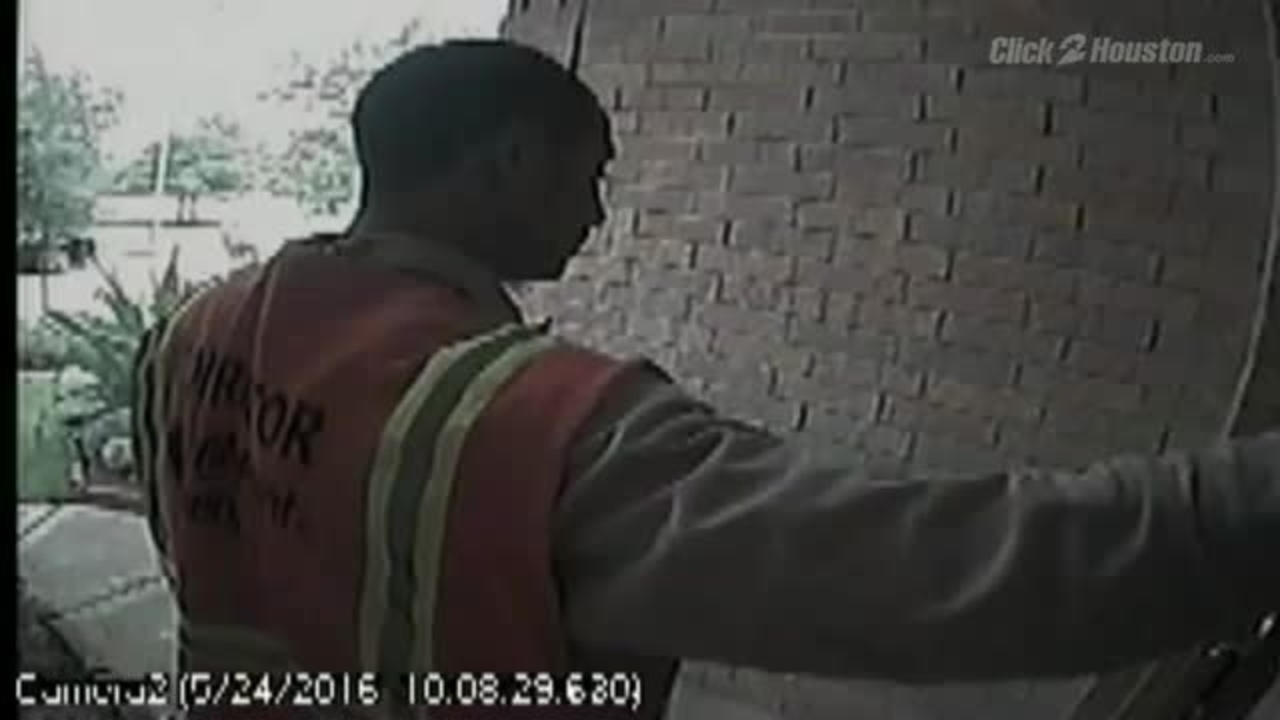 Surveillance video shows the moment two men posing as CenterPoint workers approach a home in northwest Harris County and end up terrorizing a family in a home invasion.

The homeowner was still too frightened to do an interview but said the men stormed in after coming to the door and asking her husband if they were having a problem with their gas. That gave them enough time to pull out their guns and force the couple, their 1-year-old child and the wife's mother into a bathtub as they harassed the family about money.

Harris County Sheriff's investigators believe the robbery Monday morning in the Lone Oak Village neighborhood was the thieves' second in less than a week.

See the surveillance video and more of the story here.

Crime Stoppers has increased the reward to help find the killer of an 11-year-old stabbing victim.

Josue Flores was killed last week near Fulton and James as he walked home from Marshal Middle School. A reward of $20,000 is being offered to help police find and any information that will lead them to the killer.

Earlier this week a knife was found in a storm drain by a woman walking near North Main and Henry, about seven blocks away from the murder scene where Josue was brutally stabbed.

Yolanda Arteaga, the woman who discovered the knife, said she looked down and spotted something shiny in the drain. It looked like a knife and Arteaga new she had to let the police know right away. 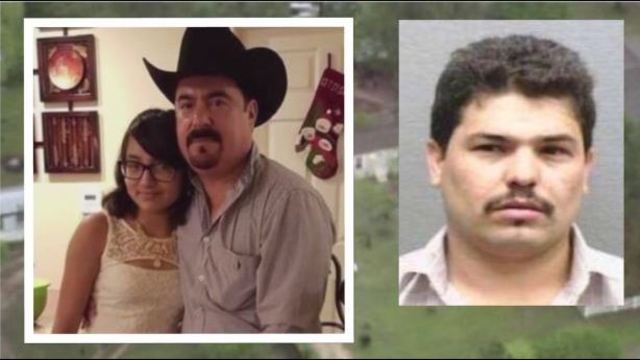 Sheriffs executed a search warrant at the home of a man police called a person of interest in the brutal deaths of Katy teen Adriana Coronado and her father Cesar Coronado.

Police found Jose Solis Jr., 34, to be directly involved with the murders of Adriana and her father. Adriana was found shot to death after her father’s body was found burned inside a pickup truck in March.

Several guns, numerous phones, drug ledgers, and more than $1,020 in cash was found inside Solis’ home during the search, according to the search warrant affidavit. The items found led investigators to believe Solis was involvement in a major drug ring and the deaths of the teen and her father.

As Jackie Georgiou and her two kids left Target on San Felipe near the West Loop Monday afternoon, she said a store employee came up and asked if she knew a man had been following her in the store.

"I said, 'No, I didn't notice that.' And he said, 'I noticed and I was following him and the reason I'm approaching is that he followed you out of the store and I didn't want him to follow you home.' And I said, 'Oh my God, thank you!'" Georgiou said,

Man opens fire after catching girlfriend in bed with another man

A man and a woman were taken to the hospital with gunshot wounds after being shot at apartments at 12600 Brookglade Cir.

According to police, a man came home from work to find his girlfriend in bed with another man. 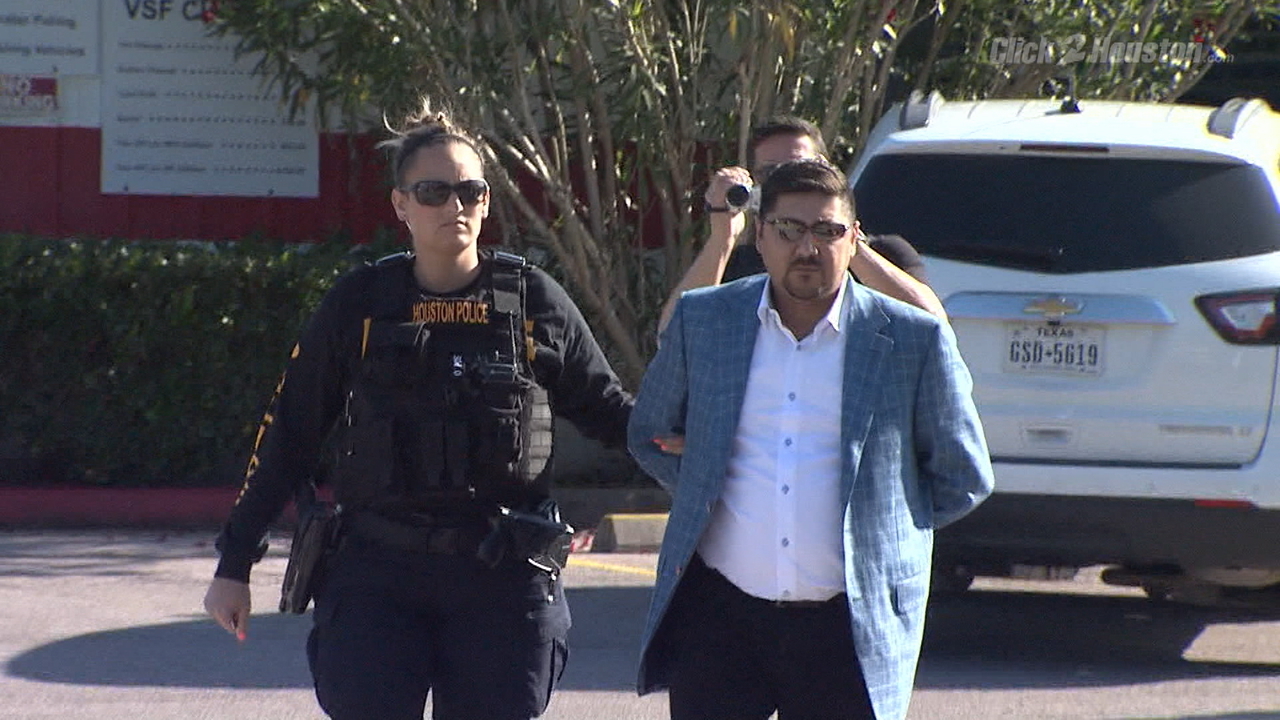 Five employees of a Houston towing company face up to 20 years in prison, accused of scamming customers out of thousands.

Consumer expert Amy Davis first shed light on the allegations against USA Auto Collision Center three weeks ago. With the help of city council members, the owner scored a valuable contract, then investigators said he stuck drivers with exorbitant fees. Even after a police raid, city council delayed a vote to end the contract.

Channel 2 Investigates found more than $35,000 USA Auto Collision owner Richard Gonzalez gave to city council members since 2011. After members voted to give him the Safe Clear contract in November, Gonzalez got access other constituents did not.

The crimes range from petty to severe.

"It could be a misdemeanor assault, a felony aggravated assault. It could be criminal mischief, it could be theft. There’s a number of things, number of crimes," said Michelle Permenter, the director of the Victim Witness Program with the Harris County District Attorney’s Office.

But they all have the same outcome—defendants ordered to pay restitution to their victims. And funds collected on the victim’s behalf.

"It's immediate, so what happens is once we accept the payment, we then turn around and generate a letter that’s mailed out that day to the victim, notifying them that the payment is there," Permenter said.

Tap or click here to read more and to check the district attorney's database. 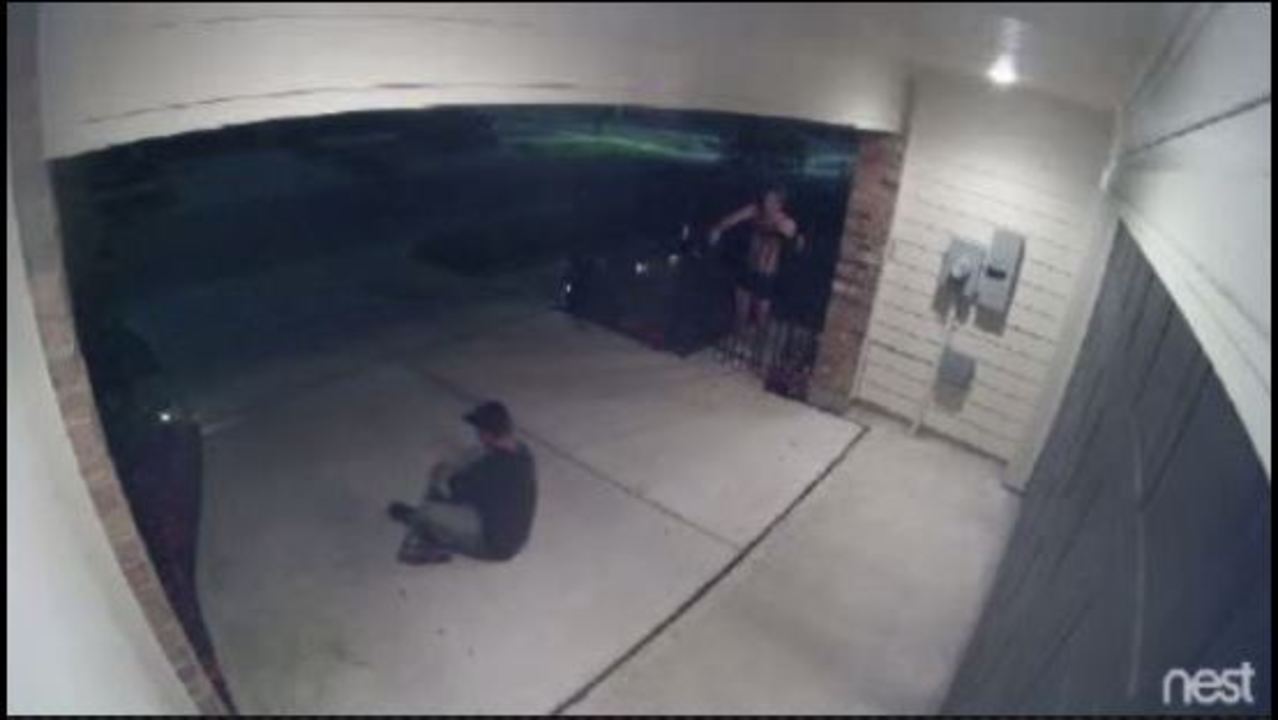 A surveillance video was recorded at midnight at a home in Rice Military.

In the video, you can see a man walk up and ring the doorbell, then a few seconds later he starts banging on the garage door and eventually makes his way over to the mailbox where he appears to go through the mail.

He definitely got the attention of the homeowner, who ran to his front yard wearing only his underwear and holding a gun.

Puppy has hilarious reaction to walking in shoes 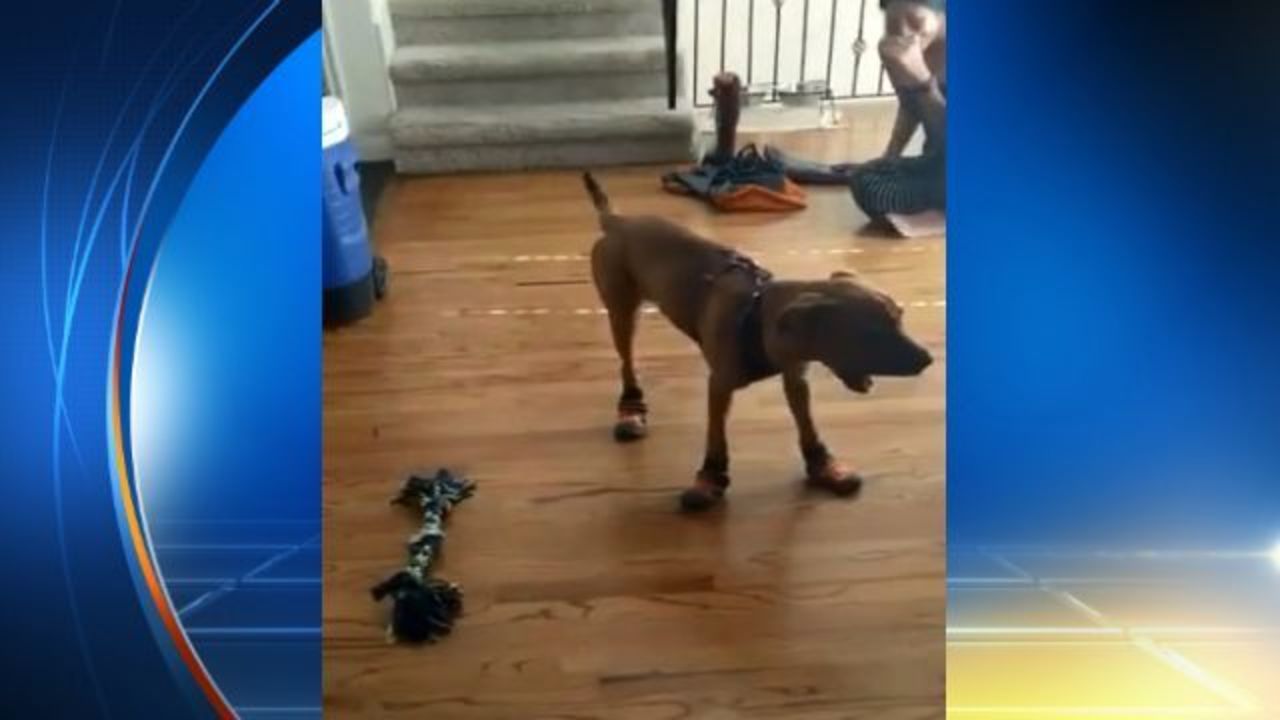 When you purchase a new pair of shoes, one of the first things you want to do is try them out or break them in to make sure they fit. Well a shoe fitting for one puppy made for a hilarious moment that was caught on camera.

Crystal Visperas and Kyle Alford, of Houston, bought their puppy Riley some Ruffwear dog shoes for their upcoming national parks road trip. The shoes help to protect the dog's paws during outdoor excursions.

Alford recorded Riley attempting to walk in her shoes, and Visperas posted the video on Facebook.

Pass the test? Quizzes this week on Click2Houston.com: