These two Houston-area locales among the U.S. cities with the most ‘new’ homeowners

HOUSTON – The Houston area saw plenty of big stories as we approach the middle of May. 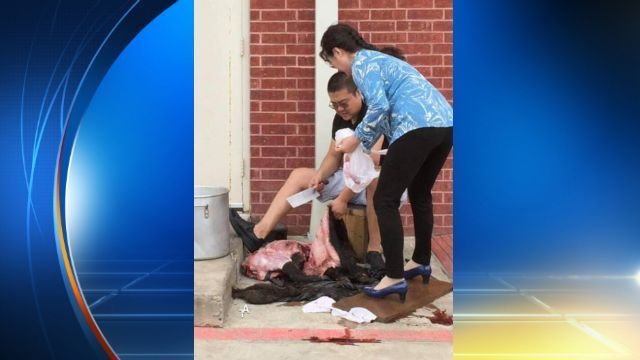 A Pearland business owner is trying to save his restaurant’s reputation after a photo of him butchering a wild hog went viral.

Jimmy Chi owns Tose Steak & Sushi. The photo, which was taken by a passerby at the end of April, shows Chi butchering the hog outside the back of his business.

The passerby recently posted the photo on his Facebook account and it has since gone viral with many social media users believing the butchered hog was served at the restaurant.

A Katy grandfather is searching for answers after he said he found a dead rodent inside his grandson’s bottle of Dr Pepper.

John Graves said his 3-year-old grandson drank the Dr. Pepper after they bought it in Galveston. The boy was given the soft drink while he sat in his car seat. He didn’t finish it, so they put the cap back on.

When they opened the 20-ounce bottle the next morning, they found a rodent floating inside.

Read what happened next and Dr Pepper-Snapple's response by tapping or clicking here. 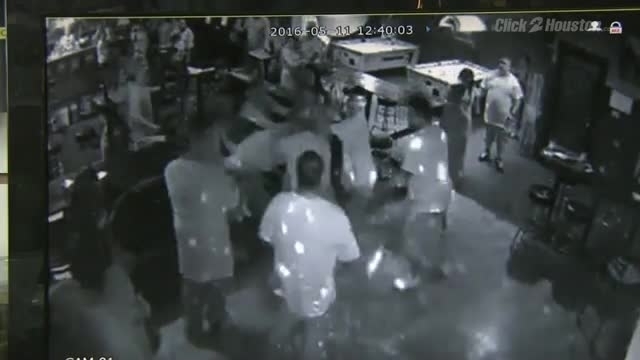 A man was killed Thursday in a shooting at a southeast Houston bar.

According to homicide detectives, it started as a brawl between two groups inside Joe's Place sports bar on East Edgebrook Drive.

Investigators said the large group of seven to eight people, including the DJ at the club who friends identify as DJ Black Junior, was fighting before someone broke up the brawl. Police said when things seemed to calming, someone started shooting, killing the DJ.

View video and photos from the scene here.

A patient was shot and killed Wednesday inside the Community Health Choice building in southwest Houston, police said.

According to police, a man, who witnesses said appeared to be mentally ill, showed up at the Texas Department of Assistive and Rehabilitative Services office on the fifth floor of the building in the 2600 block of the 610 South Loop near NRG Stadium.

Police said employees told the man to reschedule his appointment and locked the door. The man then returned about 30 minutes later.

See exclusive video and more of the story here.

A Houston law firm compiled statistics showing the most dangerous and safest cities in Texas.

The Darrow Law Firm looked at three key factors when it made the list, based on Texas cities with populations over 100,000.
--Crime
--Police presence
--Community socioeconomic factors

The city of Odessa tops the list as the most dangerous Texas city with Houston coming in at No. 4, according to the Darrow Law Firm. Thirty-four cities are listed.

Sheriff clarifies 'go back to Harris County' warning to criminals

The Fort Bend County Sheriff’s Office is investigating after a homeowner shot a would-be robber multiple times at his home in Richmond.

According to deputies, a homeowner was returning to his house from work and had just pulled into his garage in the 18000 block of Mossy Creek Lane. Investigators said an alleged robber approached him, pulling out a gun and demanding the cash from his wallet.

Sheriff Troy Nehls said Wednesday night that criminals have been coming out to Harris County and Fort Bend County more and more often. His message is for them to stay out.

"We just want to come home from work and spend time with our family. We don't need thugs coming into this county and pulling handguns and trying to rob us for our possessions," Nehls said. "Don't come into Fort Bend County and start waving guns around because you could leave in a bag. So that's my warning to the criminals here, you may want to go back to Harris County."

Nehls clarified his statement Thursday afternoon in talking about the growth and expansion of outlying areas.

To read more on this story, tap or click here. 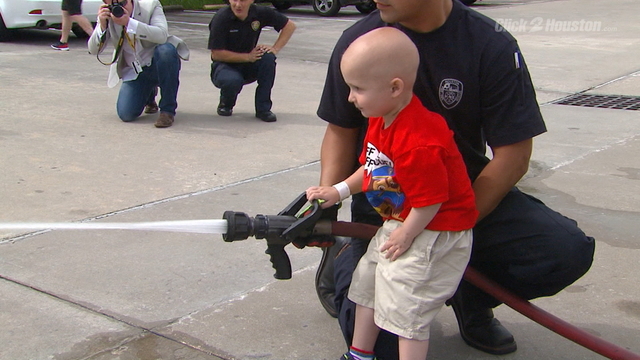 An ill 4-year-old boy received the surprise of his life when Houston firefighters invited him to come and play at their station.

Maverick recently came to Houston’s M.D. Anderson Cancer Center for treatment after a hospital in Lubbock was able unable to cure his illnesses, a Houston Fire Department official said.

Firefighters with HFD Station 21 on Main Street found out Maverick wants to be a fireman one day after learning about his story on Facebook.

Tap or click here to see video and read more of this story.

Pass the test? Quizzes this week on Click2Houston.com: