123 arrests made in ‘Operation Washout,’ a 10-day operation to lower crime rates in Galveston County

5 things for Houstonians to know for Wednesday, Jan. 27

La La Anthony is really good at checking in with her friends.

ET's Deidre Behar spoke with the 38-year-old TV personality via video chat about what it's been like for her and her famous squad since everyone was ordered to stay in their homes during the coronavirus pandemic.

La La says she has kept in touch with all of her famous friends, including Kelly Rowland, Ciara and Kim Kardashian West.

"I was on FaceTime with Kelly last night, FaceTime with Ciara in the afternoon, [and] Kim and I were on the phone for, like, two hours yesterday morning," she shares.

While La La isn't able to see her friends in person, she is quarantining with a packed house. "It's my son, myself, my niece, friends, family. It's a bunch of us here. My son's dad [Carmelo Anthony]. It's a big group of us here," she exclaims. "We have a big family and we all love being together, so we're quarantining together. It keeps the energy good. It keeps everybody sane. You have different people to talk to. You don't have to talk to just one person all day so that's been helpful."

Meanwhile, she just debuted her show, La La Anthony: Reclaim Your Life, this week on Facebook Watch. The series sets out to help transform lives inside and out. "I'm on a mission to make every woman feel powerful," she declares in the show's trailer.

"It’s been so inspiring and this first episode is something I’m really excited about," she tells ET.  "I’m excited for people to see it. It’s something I’ve always wanted to do. It's my way of giving back and making women feel good about themselves."

As for how she's filling her time, La La says she likes to keep on a schedule, but makes sure there's time for TikTok challenges and binge-watching a few TV shows. In fact, she's a big fan of her friend, Kim's, new documentary, The Justice Project. The two-hour film documents Kim's ongoing efforts to expose injustices and advocate for prison reform.

"I was really blown away by Kim Kardashian's documentary, The Justice Project, that just aired on Oxygen," she say in praise of the reality star. "Obviously she's one of my closest friends but just really seeing what was going on and learning more about prison reform and stuff, it was really enlightening. So that one took up some time. I was really into that."

In addition to supporting her pal, La La is also looking to do a little good in the world herself amid this crisis.

"My friend owns a food delivery service called Eat Clean Bro and we're providing meals to different hospitals. We gave out 280 meals to a hospital in Newark, New Jersey," she shares. "We're just trying to reach out to as many hospitals as we can and get meals out there for them and just do our part."

Her good works don't stop there. "I also partnered up with Lyft to give free bike shares to people who need it. ... A lot of people are really leery about getting in cars or Ubers or subways," she explains. "We've been providing free bike memberships to any healthcare front line worker who needs to get in and out."

It’s almost time to Join me LIVE! 🎥 Click the link in my bio to stream my NEW show on @facebookWatch. #ReclaimYourLife

While La La is clearly keeping busy with her new Facebook Watch show, her good deeds and a packed house, here's a look at how her Kardashian friends are dealing with the quarantine.

Kim and Kourtney Kardashian Are 'Embarrassed' by Heated 'KUWTK' Fight 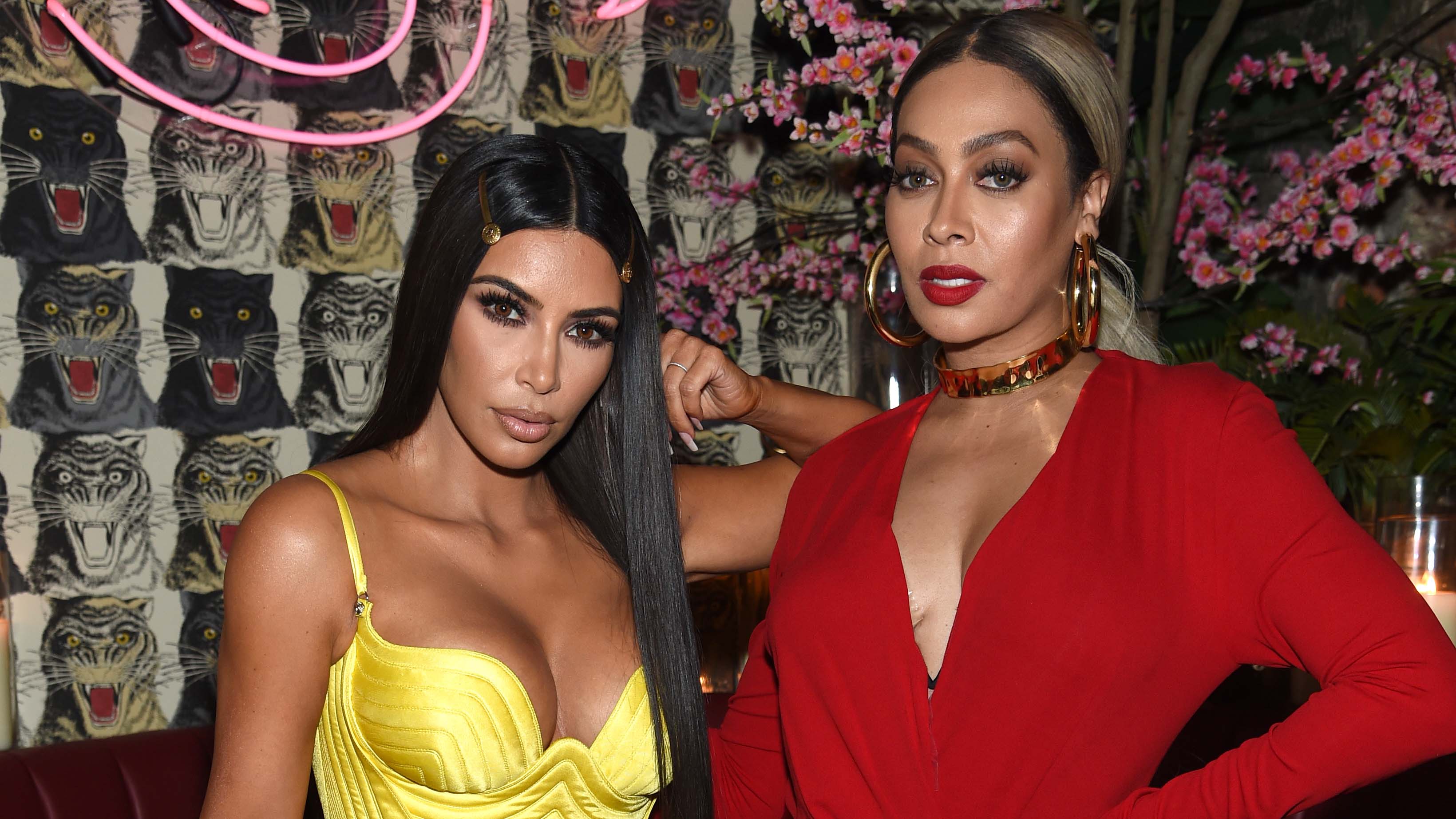