UPDATE: ‘Do not use’ water advisory lifted in Lake Jackson, but ‘Boil water’ notice put in place

Kelly Osbourne is speaking out about her famous dad's health amid the coronavirus pandemic. ET's Deidre Behar spoke with the 35-year-old TV personality about how her father, Ozzy Osbourne, is faring during the health crisis, which comes after he was diagnosed with Parkinson's disease.

While Kelly admitted that her dad is "frustrated" by having to stay home in the name of social distancing, she noted that he's "doing really good" after having one stem cell treatment in Panama a few weeks ago.

"Seeing after one treatment of stem cell what has happened and the progress that he's made is mind blowing," she says. "He wants to get up. He wants to do things. He wants to be part of the world again. He's walking better. He's talking better. His symptoms are lessening. He is building the muscle strength back that he needs after his spine surgery."

"Everything is starting to fall into place now and it has given us so much hope. We are very grateful to the doctors that are helping him," she adds. "He's ready to get out of the house and now he can't get out of the house. He keeps saying to me, 'I've been on quarantine for almost two years, and now I'm feeling better and the world is on quarantine.'"

While she's glad her dad is feeling better, Kelly admitted how hard it's been to be away from him and her mom, Sharon Osbourne, during this time, both of whom she last saw before their trip to Panama.

"If I'd known then that that would probably be the last time I get to hug him for, like, three or four months, I probably would have gone to Panama with him," she says. "I did have a cry yesterday because I miss my parents and I'm really close with them and I'm used to seeing them every day and being with them every day. I've spent pretty much every day in the last year with my dad, and not being able to see him is hard."

While they're not seeing each other in person, Kelly keeps in touch with her family by speaking on the phone.

"My mom and dad love each other so much that if they're together, they have fun and they just do their own little thing," she says. "Every day I call them and they're giving me a list of things to watch. My dad has been sending me the most disgusting memes."

Even with the phone calls, Kelly still wanted to find a social-distancing friendly way to see her parents, and told ET that she plans to go over to their home and have a cup of tea with them.

"I'm gonna be outside, and he's gonna be inside, and we're gonna have a little conversation because I miss him," she says.

The social-distancing aspect of her plan is important to Kelly, who began the #IStayHomeForOzzie initiative in order to encourage people to stay at home amid the pandemic.

"A lot of people I was seeing on my social media, at my window, weren't taking this seriously... It's spring break [and] they don't want to ruin the party. [They think,] 'It's my right as a human, as a free-thinking speaking American. I can do this,'" she explains. "That's just not how it is anymore."

"If you don't have someone to stay home for and you're a fan of my dad, you can stay home for him because you know my father has COPD, Parkinson's and he is really, really high risk. They have told us how serious this is and I'm terrified," Kelly continues. "My mum is high risk, she's a... two-time cancer survivor, chemo, everything. To know that not just one, but two of my parents are high risk, it's serious and I stay home for them... There's so many reasons, just shut up and stay home. How is that so hard? But it is for people."

Kelly also shared that her family is in talks to return to reality TV following their previous shows, which include The Osbournes and Osbournes Reloaded.

"This year actually, this is the closest we've ever come, but due to this pandemic, everything is one hold," she says, before revealing how a new series, which would include her younger brother, Jack, would be different than their old show.

"Jack's got kids, we're grown up," she notes. "There's another generation of us and I think it's just a retrospective showing where we are now, versus where we [were]. I think people really want to see it."

Watch the video below for more on the Osbournes. 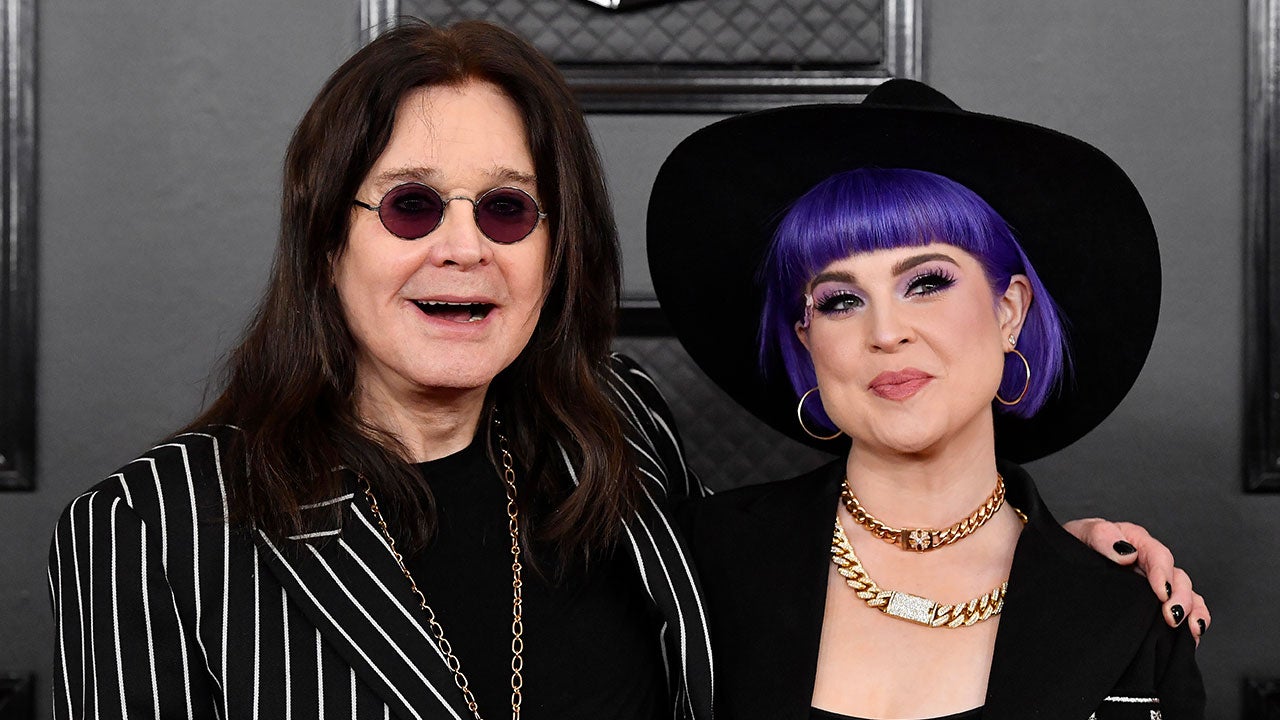