More Houston babies born with sickle cell than anywhere else in Texas, according to health officials

John Legend is spilling the tea!

Now, the GRAMMY winner is opening up exclusively to ET about how his wife, Chrissy Teigen, and also Kevin Hart inspired the track.

"The lyrics for 'Last Time I Say Sorry' were originally sparked by a conversation Chrissy and I had while we were on vacation during Christmas break," Legend shares. "We had been watching Kevin Hart's docuseries on Netflix and were going back and forth about what it means to apologize."

It was those conversations between Legend and Teigen, whom he wed in 2013, that the singer brought with him to the recording studio this past January.

Just wrote and recorded this one with new country superstar @kanebrown Wednesday. We love it! Will put out the full version asap https://t.co/RE6fXiKtG1

"When I came in to the session with Kane, I started talking to him about that same conversation and what it means to say 'I'm sorry,'" Legend recalls. "He related it to his own relationship with his wife. I thought about all the times I've pissed Chrissy off."

Legend even revealed that some of the lyrics are direct experiences from his own marriage.

"The story about one of our first big fights being on New Year's Eve many years ago is real," Legend explains.

"Of course, everyone in a relationship makes mistakes, hurts each other feelings. And, at the end of the fight, you apologize for what you did wrong. The bottom line of the song is that saying 'I'm sorry' is fine but, hopefully, what we're all trying to do is to learn from our mistakes so that we don't have to keep apologizing for the same thing."

In fact, Brown wants fans to know that even though "Last Time I Say Sorry" is an "apology song," it carries a strong message of love.

"It's what matters the most," the country singer tells ET. "And that it doesn’t matter where you came from, you can have the type of love and happiness, and life, you want."

When it came to the writing process, not only were Brown and Legend able to connect as husbands, but also both as fathers.

"I am a new dad, but we both have daughters and I think that also can change your thoughts about being in a relationship a lot of the time," Brown, who welcomed daughter Kingsley Rose in October 2019, says. "Like how will I want someone to treat my daughter one day?"

Despite having known each for only less than a year, Brown and Legend have developed quite the bromance.

"I am a huge John Legend fan and my wife is such a huge fan of him and his wife," Brown shares. "I think John has been a part of some of the greatest love songs of the last 10 years."

The two quickly formed a professional and personal bond after meeting each other backstage at The Voice in 2019 when Brown was a guest performer.

While backstage, the 26-year-old country singer joined Legend for an episode of his backstage show, Trailer Talk, where they sang Brown's 'Good as You' together.

"Our voices blended so well together in the room, everyone backstage around us completely stopped what they were doing and were like, 'Wow.' They started clapping."

Brown says he and the "All of Me" singer set up a writing session that same week and were able to complete "Last Time I Say Sorry" in less than a day.

"I'm really proud of how it came out," Brown says.

Brown tells ET there are plans for a "Last Time I Say Sorry" music video, but it will be delayed due to the ongoing coronavirus pandemic.

In the meantime, Brown and Legend are going to be performing the song together -- but each at home -- during ACM Presents: Our Country, which airs Sunday, April 5 at 8 p.m. ET/PT only on CBS.

For more from John Legend, see below: 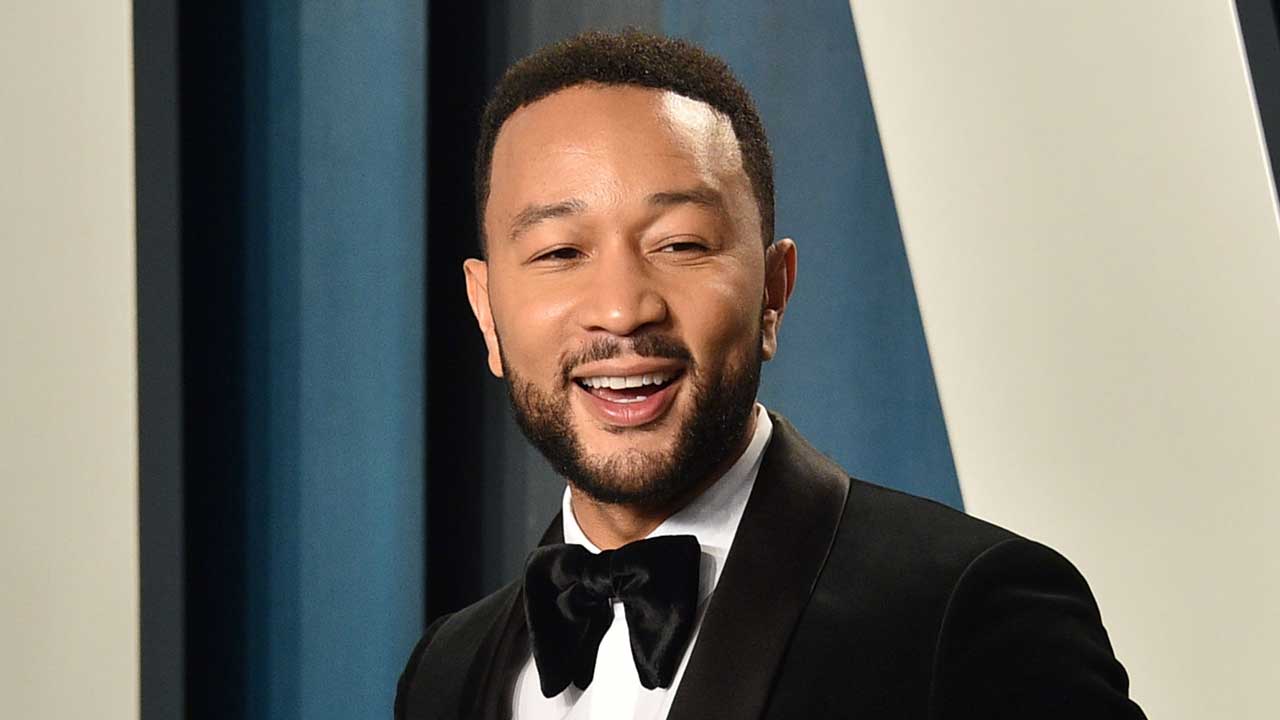