A third of counties in the US don’t have coronavirus cases. They are mostly rural and poor areas.

Brett Young is ready to be at home with his family!

For nearly two weeks, the country singer has been hunkering down in his tour bus in Nashville as he is voluntarily self-quarantining following an overseas work trip in Europe.

"I don't have [coronavirus] symptoms at all," Young explains exclusively to ET during a phone interview. "But, I have all these people who I care about at home who I want to keep safe and we've got this tour bus sitting empty. As much as it sucks not to be with my family and see my daughter, it seemed like a small sacrifice compared to what the alternative could mean."

While Young describes his bus as an "apartment on wheels," which his wife, Taylor, helped design, the built-in crib is a constant reminder of how much he misses his 5-month-old daughter, Presley Elizabeth.

"She's gained almost two pounds in the last month and I've been gone for three weeks of it," the 39-year-old singer emotionally reveals. "The hardest thing is just how much she's changing and growing right now."

F I V E // M O N T H S 🥰 As difficult as it is to be away from my girls right now, it’s easy to remind myself how blessed we are that our family is safe and healthy. Sending love and prayers from the Young Family during this strange and difficult time ❤️

Plus, challenges with technology are making it even more difficult for Young to connect with his family during this difficult time.

"The connection is so bad [in the bus] that FaceTime isn't really a thing," he says. "Taylor has done a good job at sending pictures and videos every day, so I'm at least seeing her, but it's not really the same."

Despite the setbacks, Young says he is keeping it all in perspective.

"I've been wearing more of the work hat lately, trying to make sure everything is running smoothly and the things that need to be taken care of still are even though we're not on the road," Young says. "I think that has probably helped me deal emotionally with the personal stuff... I've been handling dad stuff in a boss headspace. I haven't gotten super emo about it."

When it comes to business, Young has his hands full working on rescheduling his Chapters Tour show dates and making sure his crew is taken care of.

"The hardest part about it is that there are no answers," the singer shares. "Right now, we're all trying to navigate the best we can and be responsible with money... I'm just trying to make sure that all the things we can be doing to minimize loss are being done."

Even though Young admits it's a "confusing, frustrating and scary" time, he is making sure his fans know he's still here for them. Since he is unable to livestream mini-concerts on his bus due to the poor connection, Young has been posting videos to Instagram of himself playing music, including an acoustic version of his current single, "Catch," which is currently in the Top 5 songs on Country Aircheck/Mediabase Airplay and Billboard's Country Airplay Chart.

Because I’m still stuck on the bus and my service isn’t good enough to livestream yet.....I thought I’d post a lil acoustic tune. Thanks so much for all the incredible support for this song. I miss y’all and hope you’re staying safe! -B 🎸 by @bubbaitattoos **its a @fresnostatebaseball hat, btw***

As far as new music goes, while the country star reveals he hasn't penned any songs during his self-quarantine, the performance video for the acoustic version of his "I Do" collaboration with Astrid S did release earlier this month.

"I've been writing really hard for the third record and I just decided to let this be a break from work -- at least from the music side of it -- the business side is still very busy," he says.

Also keeping him busy during quarantine is his dog, Oscar, who is with him on the bus.

However, Young is in the homestretch and is able to reunite with his wife and daughter on Friday morning.

"First thing I'll do, is put all these clothes in the laundry, take a shower, wash my hands and then I'll pick up the baby," he shares.

For more from Brett Young, watch the video below: 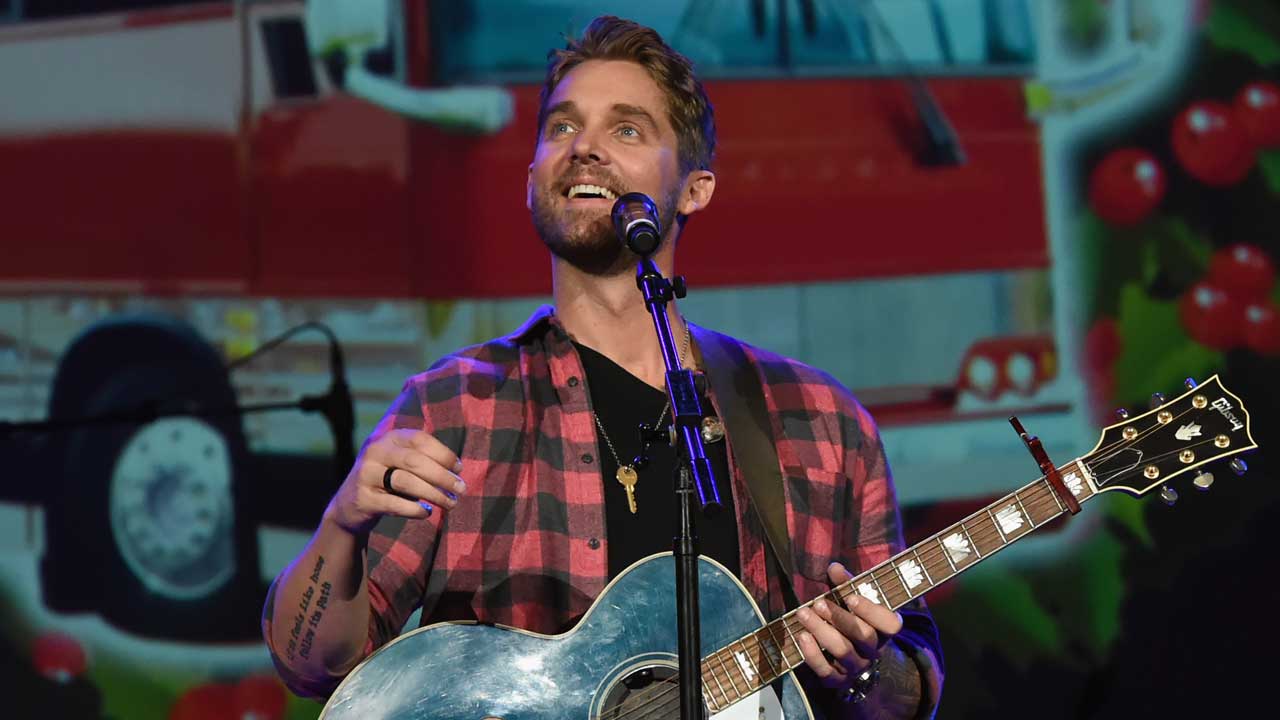