Peter Weber Is 'Having a Tough Time' After the 'Bachelor' Season Finale, Chris Harrison Says (Exclusive)

Peter Weber is struggling following the dramatic conclusion to his season of The Bachelor. On Wednesday, ET's Lauren Zima spoke to Chris Harrison at the launch party for his Seagram's Tropical Rosè, and the longtime Bachelor host opened up about how the 28-year-old pilot is feeling after breaking off his engagement with Hannah Ann Sluss and reuniting with Madison Prewett against his mother's wishes.

"I have exchanged texts with Peter today. And all I will say -- because I don't want to give too much away, because it's a really personal conversation -- he's having a tough time," Harrison said. "He's a little beat up by everything."

Harrison went on to say that Weber was "very upset" after the live portion of the show and remains "a little bit thrown off by this whole thing."

As for the advice he offered up to Weber, Harrison kept it simple, telling the former Bachelor that "this too shall pass."

"It doesn't feel like it, and I've been there, I've been in these storms. When you're in the middle of that tempest, it feels like you're just being swallowed up," he said. "Take a break, unplug, get away, and I promise this too shall pass."

While he's been in contact with Weber, Harrison said he hasn't spoken to either of the reality star's parents.

"I think they need a little time to reset, too. I would like to, they're my neighbors, so... I will run into them eventually," he said. "And by the way, I have no love loss for them. I'm not mad at Barb. I'm not even saying she's wrong. I think the timing is debatable, but... she means well. I know she loves Peter."

When it comes to the finale itself, Harrison said he was "horrified" by the "really uncomfortable" moments that happened over the course of the episode.

"I'm going to say this with a caveat, I need time to process, but... I would put that up there with Jason Mesnick's moment, which was the craziest moment I've ever had in television because I was so young and it was so different," Harrison said of the infamous Bachelor moment when Mesnick broke off his engagement to Melissa Rycroft and got back together with his runner-up, Molly Malaney, live on air.

"This was right up there as far as it was live TV, there was no unplugging this, there was no unseeing this, you had to live it and I had to lean into it and deal with it," he said. "So it may be number one eventually, and it might be there now."

As for some of the women for Weber's season that may look to find love again this summer on Bachelor in Paradise, Harrison joked that Sluss is "already there."

"There's a lot of these women that I think would be really good," Harrison said. "What's not good for the Peter is good for the Paradise."

Before Paradise, though, fans will get to watch longtime Bachelor Nation star Clare Crawley look for love as the Bachelorette. After the 38-year-old's contestants were announced on Wednesday, Harrison said that no one from Crawley's past -- including her ex-fiancé, Benoit Beausejour-Savard -- would appear on her season.

"New chapter, new page, flip the script, pop the rosé," Harrison said, before commenting on the kind of guy Crawley is looking for.

"She dates younger. I know people have talked about the age of these guys, but I'm just telling you right now, she's never dated a guy older than her. Very interesting. Little Clare trivia," he said. "But, like most shows, you gotta have a wide spectrum, because what they've been doing, [who] they've been dating, clearly isn't working. Maybe it's time to switch this up... it's our job to kind of broaden their horizons a little bit. So hopefully she'll [date] someone that's not her usual taste."

In addition to leading Bachelor Nation through all of its shows, Harrison worked to give the fans something to drink while they watch when he partnered with Seagram's for his new Tropical Rosè.

"I wanted it really light, really refreshing, and I know this sounds silly, I wanted it to taste awesome," Harrison said of the drink. "So I went to Chicago myself, hands-on, created this drink, created the look of the can, the flavors, the color, everything about it... I think people are going to absolutely fall in love." 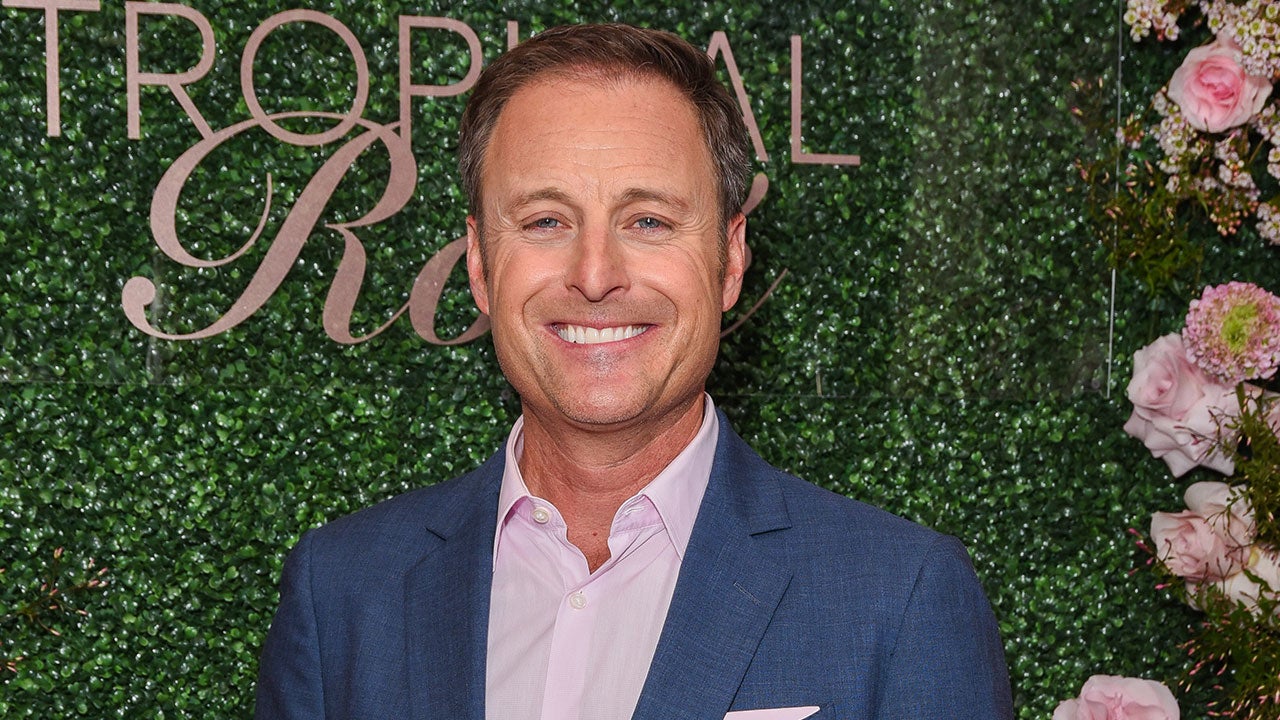