Members of Bachelor Nation are offering up their opinions on the dramatic conclusion to Peter Weber's season of The Bachelor. ET's Lauren Zima spoke to many franchise favorites at the launch party for Chris Harrison's Seagram's Tropical Rosè on Wednesday, and the group had mixed feelings about Peter's mom, Barbara Weber's, finale comments.

During the dramatic, two-part conclusion, the Bachelor popped the question to Hannah Ann Sluss, but the pair broke up shortly thereafter. He later reunited with Madison Prewett, who had previously left the show over her and Peter's different lifestyles. While some fans were pleased that Madison and Peter seemed to be on the mend, Peter's mom, Barb, was not on board, something she made clear during the live episode.

"It's hard for me to say, not being a mother, but you could make the case that I would be frustrated with my mother, I would," former Bachelor Nick Viall told ET.

Mykenna Dorn, who competed on Peter's season, also said that she couldn't judge Barb since she herself is not a mom.

"She's so protective over Peter and it's so obvious and she just loves him," Mykenna said. "I don't think Madi deserved it. I don't... But I think, at the end of the day, she's a mom. I'm not a mom... I think you just love your son so much and you're protecting. But I know Madi and she's amazing and Hannah Ann's amazing."

Meanwhile, Bachelor in Paradise alum Kendall Long said she had "a soft place in my heart for Barb."

"It was hard when she kind of gave an ultimatum of her own. With, this relationship's not going to work. I'm not going to accept it. And that was kind of hard to watch," Kendall said. "Like, being in a really close family myself, I know how difficult that can be in a relationship."

Likewise, Kelsey Weier, a contestant on Peter's season of The Bachelor, said she saw Barb's behavior as a symbol of her love for Peter.

"I agree with all sides. I think there's always multiple sides to every story. I see Barb's side as the mom, like she loves her son so much and she's so protective," she said. "As much hate as she's getting, I kind of commend her, just because for a mom in the public eye to stand up for what she believes in and her son is scary, and she knew the backlash she got and she did not back down whatsoever. And I think whether you agree with that or not, it's respectable."

Though Kelley Flanagan, a contestant on Peter's season who Barb is notably fond of, could see both sides of the matter, she did state that Barb "took it overboard" a bit.

"I met Barb last night and I think she's great. I think she was very sweet," Kelley said. "Do I think Barb took it overboard? A little bit, in a lot of different ways, yes. But I understood a lot of the points she was trying to make."

"Do I feel horrible for Madi? Yes, because that is a very s**tty situation to be put [in]. How do you respond to that? That's someone's mother," she continued. "You're in love and your heart's about to be broken. Now you're breaking your mom's heart, what do you do? It's just a s**tty situation all over."

Though Andrew Firestone, who served as the Bachelor on the show's third season, said "family counts [and] family's important," he said that the decision about who to date should be up to Peter and his girlfriend.

"Ultimately it's kind of got to be up to him and her," he said. "And I did like the fact that she said that she was picking him as well. It wasn't just, him picking her. I think that was kind of bold. The whole thing was very exciting."

"It's just sad. [Barb] was so mean. I feel so bad. I feel bad for Peter. I feel bad for Madison," Jared said. "It's amazing. I thought last night, she was gonna go in there and like, 'OK, I support my son.' And that's not what happened."

"The part that really got to me was when she said Hannah Ann compromised and Madison wouldn't compromise. And I was like, 'Yeah. She wouldn't compromise her values. She gave your son a choice,'" Ashley said. "She got so much fan hate on Monday that I thought that she would use the live show to recover, but she really just could not help herself."

Jared, quoting a theory he heard from Nick, speculated that perhaps Barb made the comments in order to "take the heat off her son by bringing the heat on herself, so everybody today would be talking about her instead of Peter."

"And she would have succeeded," Ashley said.

Watch the video below for more of ET's interview with Ashley and Jared.

'The Bachelor': Kelley Flanagan Reveals What Peter Weber's Mom Barb Told Her at the Finale (Exclusive) 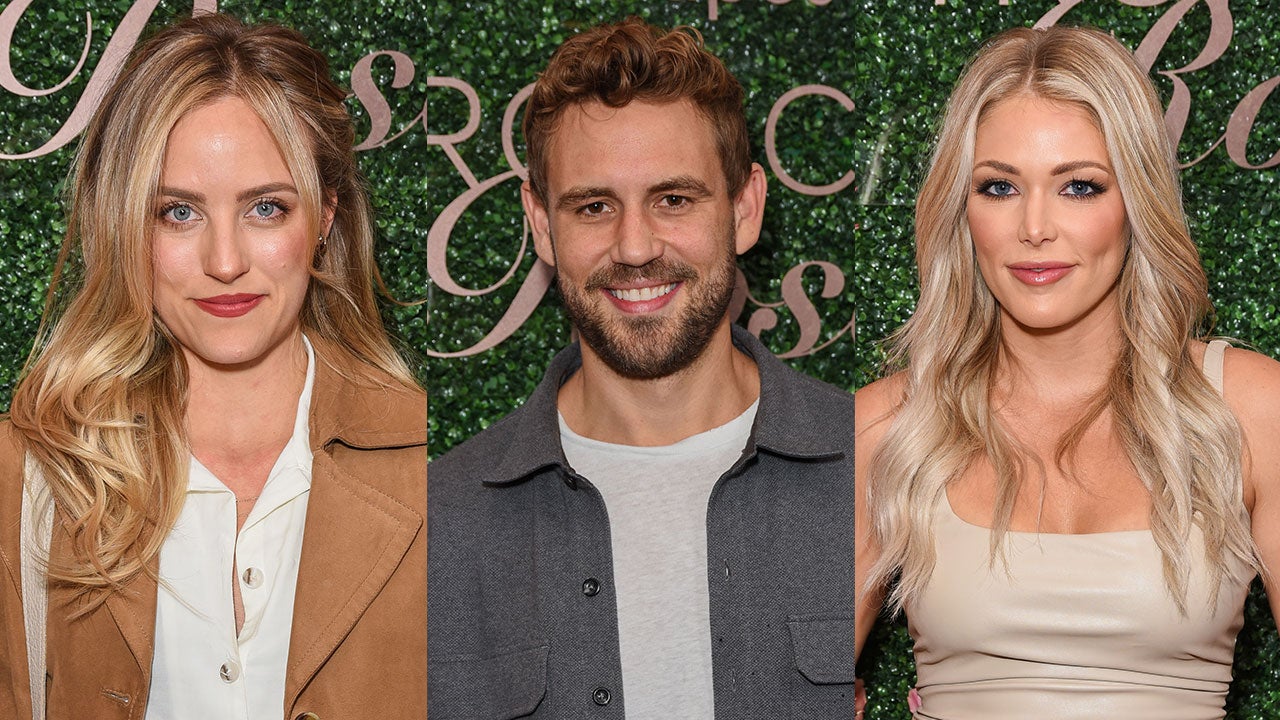