Election day guide: Everything you need to know before heading to the polls for the state’s primary runoff election

Fort Bend ISD: What you need to know about the district’s 2020-2021 school plans

Deer Park ISD: What you need to know about the district’s 2020-2021 school plans

Ashley Iaconetti is singing Clare Crawley's praises, even though the new Bachelorette once kissed her man. ET's Lauren Zima spoke to Iaconetti and her husband, Jared Haibon, at the launch party for Chris Harrison's Seagram's Tropical Rosè on Wednesday, and the couple had nothing but kind words for the new franchise lead.

"Oh, we are so thrilled. Like, we could not be more thrilled," Iaconetti said, before referencing the date Crawley and Haibon had during season two of Bachelor in Paradisein 2015.

"My husband asked the woman on a date and kissed her, and yet I think she is so awesome still," she quipped. "So, that's how great of a Bachelorette she's gonna be."

"I mean it was five years ago, so," Haibon added. "... If you were to ask me five years ago, that here I am, I'd be sitting five years later married to Ashley Iaconetti while on the TV in the background Clare Crawley was just announced as the Bachelorette, like, what the hell is going on?"

Iaconetti also praised the 38-year-old Bachelorette for being "the perfect combination of nurturing and warm and kicka**ery."

While the couple was thrilled about the franchise's next lead, they had some strong thoughts about how Peter Weber's season finale of The Bachelor went down.

During the dramatic, two-part conclusion, the Bachelor popped the question to Hannah Ann Sluss, but the pair broke up shortly thereafter. He later reunited with Madison Prewett, who had previously left the show over her and Weber's different lifestyles. While some fans were pleased that Prewett and Weber seemed to be on the mend, Weber's mom, Barb, was not on board, a situation that Haibon called "sad."

"[Barb] was so mean. I feel so bad. I feel bad for Peter. I feel bad for Madison," Haibon said. "It's amazing. I thought last night, she was gonna go in there and be like, 'OK, I support my son.' And that's not what happened."

Haibon went on to speculate that Weber "suffers a little bit from Nice Guy Syndrome," because he "tries to please anybody and worries about what everybody thinks."

"I'm sure in that moment, when Madison left, he was like, well I could see a future with Hannah Ann, so I'll propose," he said. "... When you propose to someone... you plan to spend the rest of your life with them. It's kind of a commitment that you make to them. And so it's just a mess."

Though the future remains uncertain between Weber and Prewett, Haibon advised the duo to "try to block out the noise" as they navigate their relationship.

Iaconetti's advice took a different route, with the reality star telling Prewett to "keep her distance from the whole Weber family."

"I don't think she should date him," Iaconetti said.

When they're not focused on other people's love stories, Iaconetti and Haibon are busy living their own happily ever after and will celebrate their first wedding anniversary this August.

"First year has been good," Haibon said, before revealing his and Iaconetti's potential anniversary plans.

"Fingers crossed, we might be throwing out the first pitch at Fenway Park, which would be the coolest moment of my life... except for the wedding, of course," he said. "... So that's the tentative plan, hopefully, fingers crossed." 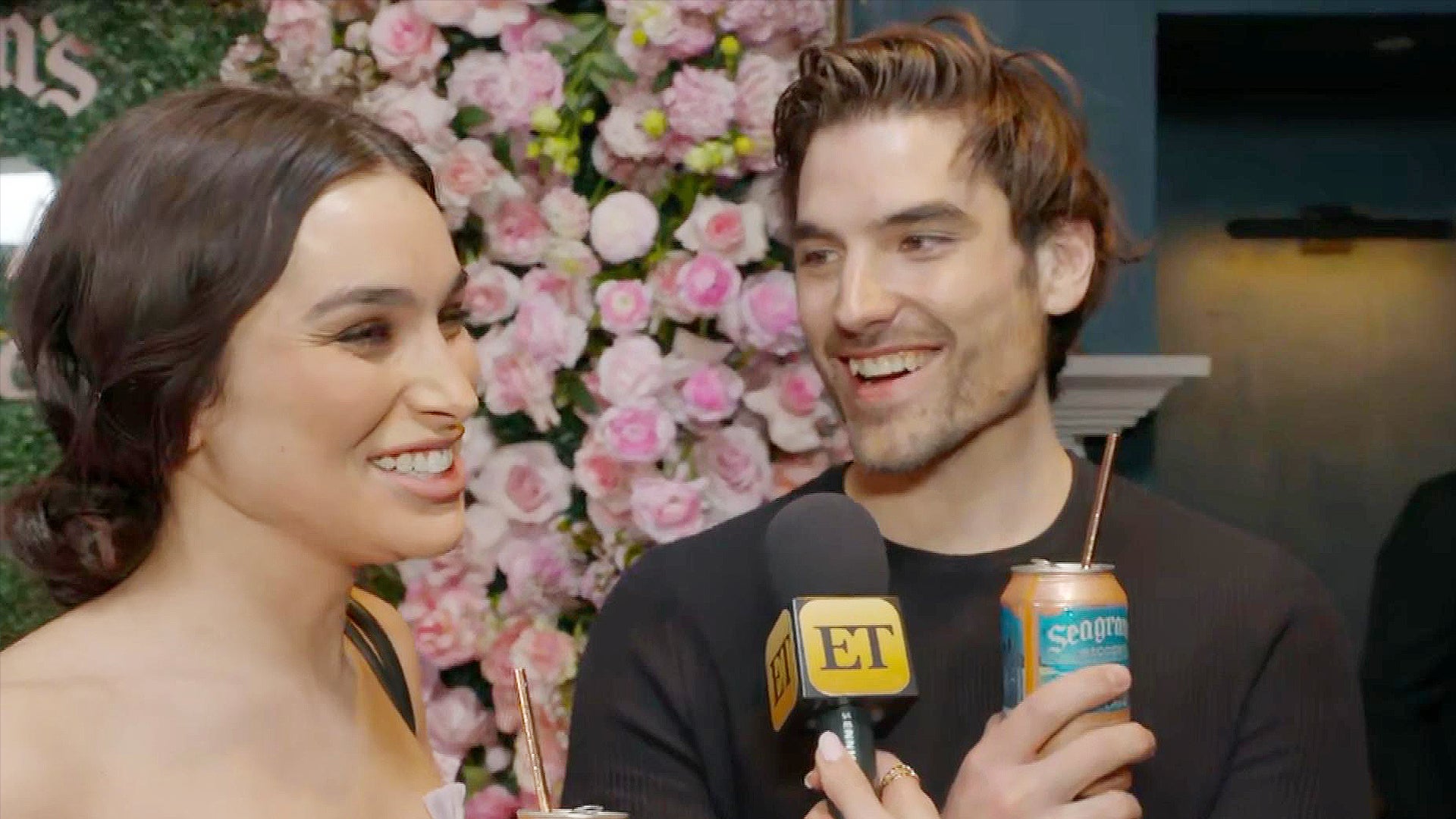