Eliminate your competition, drug dealers: This is the ‘free service’ police are promoting

COVID-19 Delta variant, community questions at center of event with Dr. Peter Hotez; This is how to watch event live

Ryan Hurd and Maren Morris are ready to welcome their baby to the world. ET spoke with Hurd in New York City on Wednesday and the 33-year-old singer said that he and his wife have "felt very supported" when they've received parenting advice from some fellow country stars. Hurd and Morris, who are set to welcome their son later this month, are planning to bring the baby on the road with them for their summer tour.

"We've asked all these people about how they’ve configured their tour bus, so we’ve gotten a lot of good advice from people like Jake Owen and Hillary Scott," he said, before sharing that Scott's Lady Antebellum bandmates also threw in their two cents.

"The guys from Lady Antebellum are saying, 'You want to be sure you get the onesies with the zippers, not the buttons because you don’t want to be up at 2 a.m. messing around with buttons. You just want to zip them back up,'" Hurd recalled. "I was like, 'That sounds like really good advice.'"

While the "To a T" singer acknowledged that there are not a lot of people who'd "take their kids on the road," he and Morris are both practical about and excited for the experience.

"The reality is, if Maren’s gonna work then this kid has to be out there. You never know how many years you have to be relevant in country music. It could all go away tomorrow," he said. "So I’m really proud of her for taking advantage of it and then taking every step to be able to be a parent on the road. It’s really cool to watch her invest in, not just her production, but invest in her family. "

It’s our last Valentine’s Day just us, and I imagine that days like this will look pretty different starting in a few months. There will probably be less of a party and more finger painted cards that are illegible but still stay on the fridge for far too long. I was looking back through some photos and realize all that I’ve really been posting is tour stuff, and it hit me funny because this season of my life has been so fun and so satisfying but it’s been mostly just ours. There have been so many moments that we’ve been too busy living to share. I look at her and I am full of pride. If you could hear the little things she says, it’s just amazing how happy this kid has already made her. I am so proud of her for carrying this baby and it has made me love her more. It makes me happy that she has taken the time and space to rest her mind and her body after 4 years of going non-stop, and lately the nights have been full of laughter and learning how to fall back asleep after the boy in your uterus kicks you in the ribs 6 times to wake you up at 3:30 in the morning for the 3rd night in a row. Anyway, all this the say life is good and love is great to celebrate. Hearts for everyone ❤️

Hurd went on to emphasize how much thought has gone into every decision he and Morris, 29, have made regarding both their baby and their careers, thus preempting any criticism they may receive for their choices.

"[We're] making sure that our bus is very conducive to having a child out there, making sure that we have help, so she can go let it fly for an hour and a half every night," he said. "I think people get kind of judgmental sometimes when they see her wanting to go back to work so soon, thinking that we haven’t thought this through. But, the reality is, we’ve thought it through for a long time. We have a really cool opportunity to do a lot of things, including being a parent, including being a touring country music artist."

"It’s really special to do it with somebody that’s equally as excited about our personal life as she is about her career, but also isn’t sacrificing one or the other. Nobody’s asking anybody to choose here and that’s a really cool thing," he added. "It takes a lot of work, and a lot of thought, and, honestly, sometimes a lot of money. But for us, it’s been really special to plan that and make that decision as a family."

Though Hurd joked that he's going on RSVP: The Tour to "hold a baby between 9:30 and 11," both he and Morris are looking forward to once again creating music together.

"We met each other writing songs and we had a really cool creative partnership that turned into something a lot more special than that," he said. "We just get to do what we would do normally, it’s just that I have to do a set too. It’s really easy for us to do that. And any time that we get to work together in a creative capacity, it’s really special."

As for the impact touring will have on the baby, Hurd joked that their son is "probably going to be so sick of music by the time that he’s six or seven years old."

"He’s just going to want to be a math major or something," he quipped. "Life’s gonna be different, but we’re really blessed that we can do this job and have our family out there and have it be relatively seamless."

Before the tour kicks off in June, the couple has been focused on getting everything set for their son's arrival by completing the nursery and picking out his name, the latter of which Hurd teased is "nothing crazy."

Additionally, Hurd is busy rocking his national TV debut on the Today show and performing his own stream of headlining shows in support of his EP, Platonic, which dropped last year.

"You don’t really realize it’s going on until you sell tickets and see those people come to your show and realize, 'Oh my god, these people love every song and every word and we’ve built a little fan base.' I think that’s the most gratifying part, seeing the fan base. It’s been a special time," he said. "Part of me is so excited about this tour going so well, and the other part of me is so ready to be done with it so we can just get to the next thing."

In between planning for the baby and touring, Hurd is also hard at work on new music, with plans to release a radio single in the works and nearly "half a record" cut already.

"I’m just really blessed to get to do this work and to be an artist in Nashville," he said. "I’m excited to get some other stuff into the machine and see how far we can take this."

"My career has gotten to a place that’s really exciting. I feel like I’m still under the radar in a huge way, but there’s a fan base there, which is really cool," he added. "And I feel like, personally, we’re both so settled and content with who we are as individuals and as a couple that we’re sort of in this really neat sweet spot... Everything’s been really special and I think we’re going to look back on this time and really cherish it." 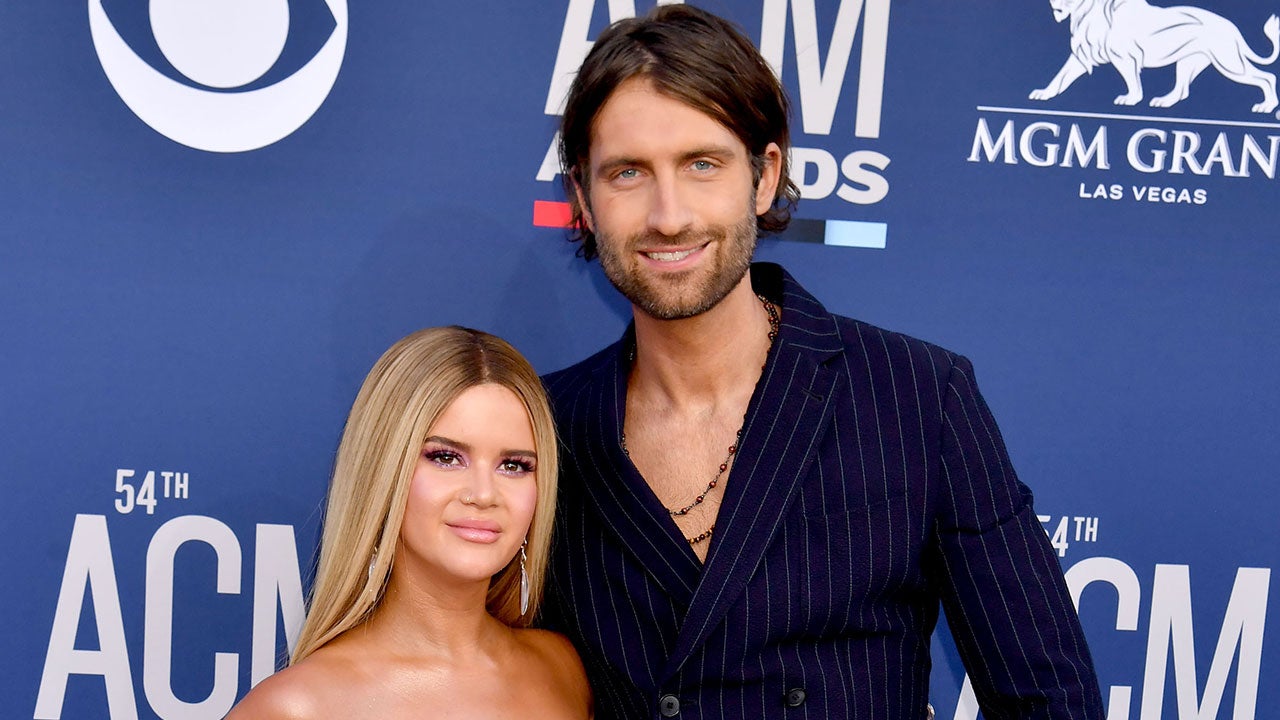