She was a fan favorite on The Hills for years, but Lauren Conrad won’t be returning to reality television anytime soon.

ET’s Katie Krause caught up with the busy mom and businesswomen at Saturday’s Create & Cultivate event in Los Angeles, California, where she said that while it’s a “huge compliment” that fans want her back on the small screen, she has no intention of returning to life in front of the cameras.

“I’m not gonna do it, but I appreciate that [fans want it,]” Conrad said. “To be honest, my priorities have changed. My family’s number one and it takes a lot to be on reality television. It takes a lot emotionally.”

“It’s a lot of time commitment and I did it for a really long time and I’m so grateful for my time on television, but I’m at a place now where between my family and my career, I’ve got a pretty full plate so I’m not looking to add anything,” Conrad added.

The 34-year-old star has two young sons with William Tell, who she married in 2014.

In contrast to life under the lens during The Hills (which returned in 2018 with a reboot, The Hills: New Beginnings,) these days Conrad said she highly values her privacy.

“I gave a lot of my life for many years, so I really value my privacy,” she said. “I like having a moment and knowing that I’m just sharing it with my family and not broadcasting it. So, it’s just really valuable to me.”

Rather than spend her time embroiled in the inevitable drama that surrounds many reality shows, Conrad has been busy carving out a business empire, which has seen her launch fashion lines, LC Lauren Conrad and Paper Crown. She also founded non-profit, The Little Market, with her pal of 10 years, Hannah Skvarla, in 2013.

“We used to travel together and were always going to little markets and seeing female artisans everywhere and we felt like we were in a position to give them a platform to sell their goods,” Conrad explained about how the business was born.

The Little Market is a nonprofit fair-trade site which sells ethically sourced, artisan-made products and aims to empower artisans around the globe by helping grow their distribution and income opportunities. Conrad and Skvarla hope to continue expanding the venture in coming years.

“We hope to grow The Little Market as big as possible because the bigger it gets, the more women we can help,” Skvarla said. “So, we hope to be able to add more artisan groups, more countries and serve more women that need work.”

Conrad’s success with The Little Market and other ventures hasn’t gone unnoticed -- she was asked to be a keynote speaker at Create & Cultivate, which brings together successful businesswomen to share their experiences and advice with aspiring creatives and entrepreneurs.

“I think all the women who come here are so inspired by the different stories and hearing everybody’s journey is so different,” Conrad said about the event. “I hope everyone leaves inspired.”

While Conrad hopes to inspire a younger wave of female entrepreneurs, there’s one key piece of advice that she would share with such budding businesswomen -- the same thing she would tell her younger self: "Be kind to myself!”

“When you’re young and you’re working really hard, you can be your own biggest critic,” she said, noting she was guilty of doing that during her early days in business. “I think everybody’s like that at a young age, when you’re figuring out who you are and you’re making mistakes. And you’re supposed to, but I think you can be hard on yourself.”

See more on Conrad below.

'The Hills' Cast Reveals What Lauren Conrad Thinks of the Reboot 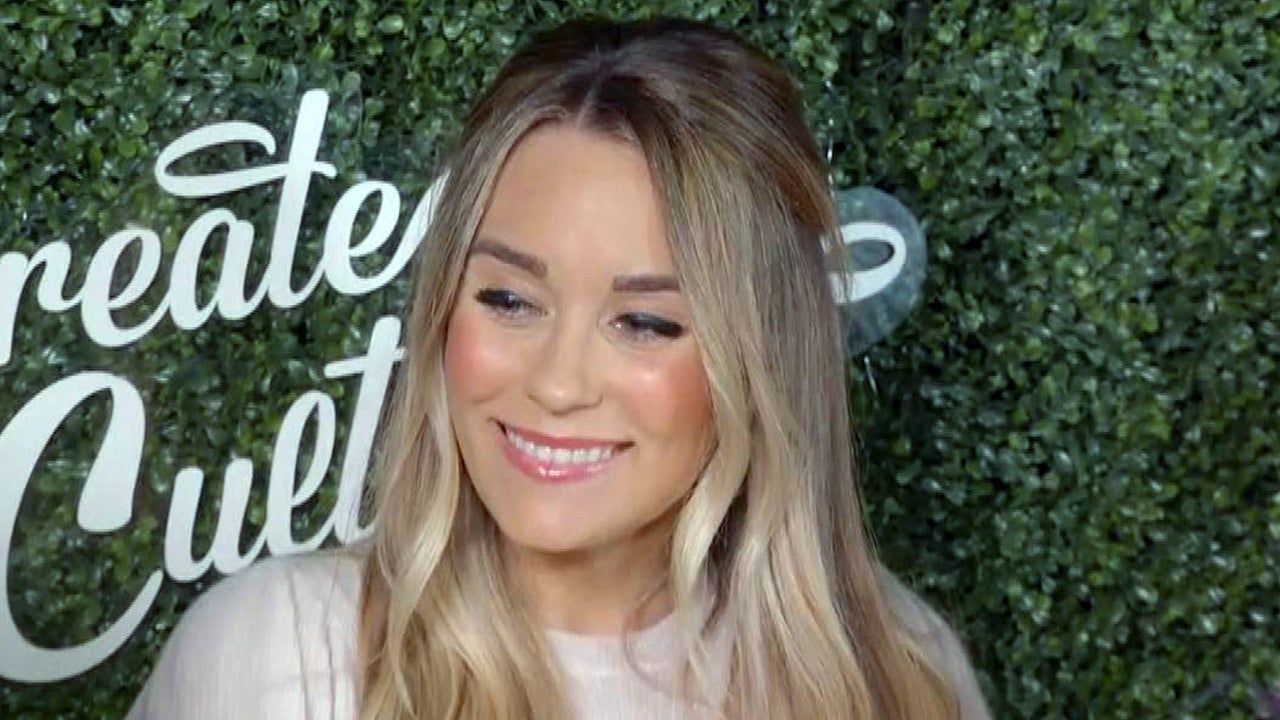