Kuykendahl Road widening project underway; Here’s what you can expect

LIST: Opportunities to serve the Houston area on MLK Day

Lady Gaga turned 33 on Thursday, so to celebrate, she took 11 of her closest friends on a surprise vacation to Cabo, according to published reports.

Of course she did.

Since we can't all go to Cabo with the gang, we thought we'd ring in the birthday of Stefani Joanne Angelina Germanotta -- you know Gaga's real name, don't you? -- by reliving some of her most iconic moments to date. Fasten your seat belts, Little Monsters.

Her 2009 VMA performance of "Paparazzi" 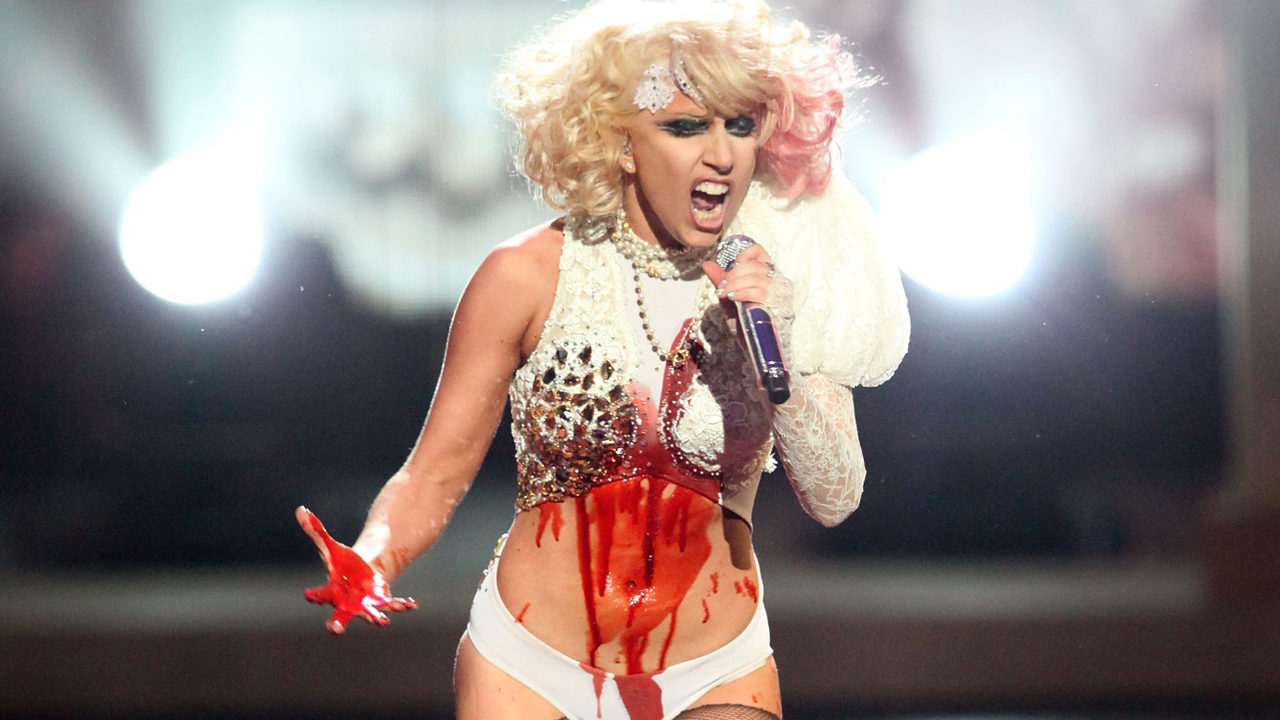 At this point in Gaga's career, we had already gotten used to the wacky, avant-garde outfits and lavish music videos, but seeing Gaga live was a treat for all the Little Monsters. Gaga performed her single "Paparazzi" and sent a warning to everyone in the audience and those watching at home. By the end of the number, Gaga is lifted off the stage -- and fake blood starts oozing out of her with paparazzi camera lights flashing and the shutter of the camera. Gaga was not going to be treated poorly from the paparazzi like many pop stars that came before her (Britney Spears' meltdown was just two years before this performance). We see you, Gaga.

When she wore the meat dress to the 2010 VMAs

Lady Gaga's fashion has always been a part of her brand, but accepting the award for Video of the Year, Gaga showed up on stage with a dress literally made out of meat, and it has become one of her most iconic looks. Gaga later explained that the dress was tied to her protest against the military's "don't ask, don't tell" policy.

This marked Gaga's first huge tour, and she made it as fun and freeing as she could. The set list was packed with all of her early hits from "The Fame" and "The Fame Monster," and the production value was out of this world. It was so popular that HBO even filmed her show at Madison Square Garden in New York City for a TV concert special.

When she showed up to the Grammys in a giant egg 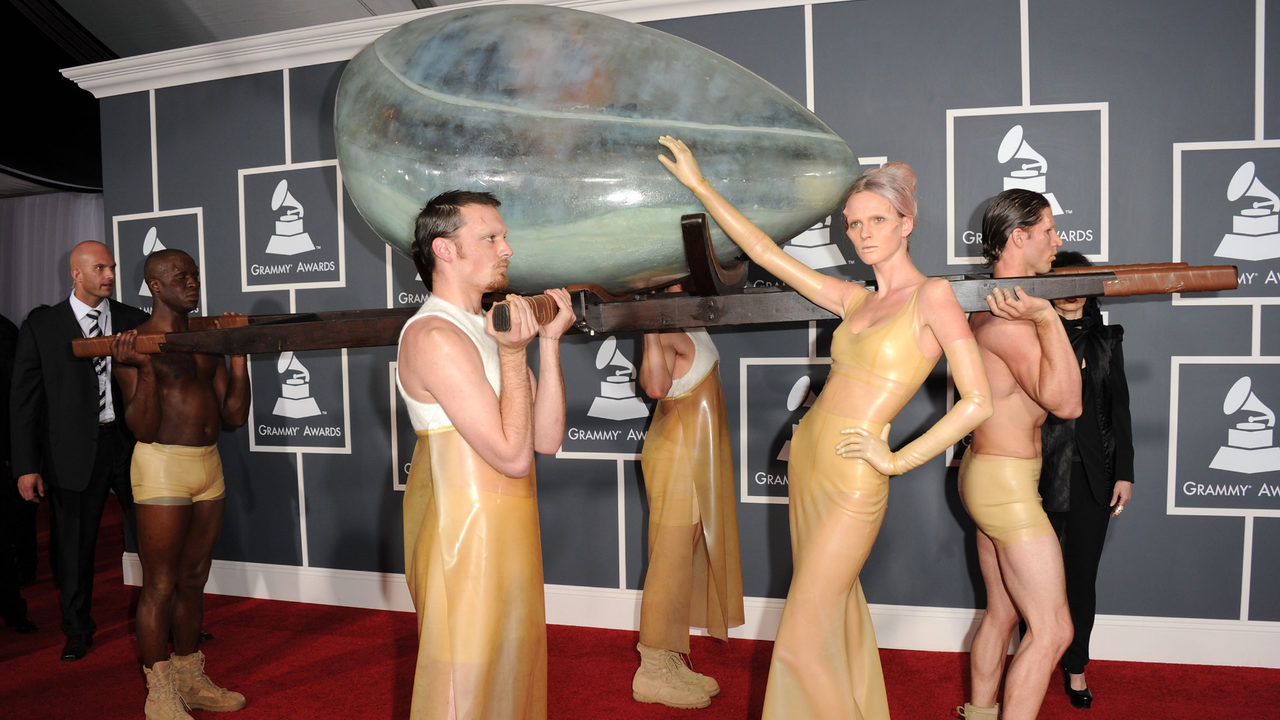 No one knows how to make an entrance like Lady Gaga. The excitement before the 2011 Grammys was palpable since Gaga was supposed to debut her massive hit "Born This Way," but no one thought she was going to show up inside a giant egg and then come out of the egg before her performance. It was classic Gaga.

When she performed with RuPaul and the Muppets

Lady Gaga's Christmas special that aired in 2013 was quintessential Gaga. There were costume changes, the Muppets made appearances, and she had a duet with the most popular drag queen to ever live, RuPaul herself. Shantay you stay, Gaga.

When she was a guest judge on "RuPaul's Drag Race"

There's no doubt that Lady Gaga adores RuPaul and drag queens, so that's why it was super exciting when she was announced to be a guest judge on "RuPaul's Drag Race." The best part of the episode was that Gaga surprised the season nine contestants by walking into the work room in the first episode in full Lady Gaga drag, pretending to be a contestant on the show. It took the queens a minute to realize it was her, and their reactions were truly priceless.

For anyone who thought Gaga was nothing more than hair bows, over-the-top costumes and makeup, pop hits made only for the radio, and the occasional meat dress (OK, one of the writers of this very article is guilty on all counts), this marks the day when we all had to eat our words. When Gaga delivered this performance, our collective jaw hit the ground. Seriously, go look it up on YouTube and report back if you DON'T get chills. She doesn't miss a note -- and those are some tough songs, back to back to back, that she has to whip out! Is there anything Gaga doesn't slay?

The movie, her acting, the soundtrack, her incredible chemistry with costar Bradley Cooper, the awards ... what's NOT to love here? Sure, we could break this into about a dozen or so iconic moments, but let's just call this one big chapter. We're here for it.

Well, she knows how to make an entrance! That much became clear. Gaga actually started this show atop the NRG Stadium rooftop, then was lowered down by wires, to greet a packed house at Super Bowl 51. She sang a medley of her hits, including “Poker Face,” “Just Dance,” “Million Reasons” and “Bad Romance,” and she embodied overall perfection. The show brought all the things we love most about Gaga: It was electric, acrobatic and high energy.

-- Her role on "American Horror Story".

-- Really, any of her iconic music videos: "Bad Romance," "Telephone" with Beyonce and "Do What U Want" with Christina Aguilera are just the tip of the iceberg.

-- Her album with Tony Bennett. "Cheek to Cheek" was released in 2014, and it truly delivers.

-- Her role at the Victoria Secret fashion show.

Her tribute to the late David Bowie onstage at the 58th Grammys.

Here's a 5 1/2-minute tribute we won't be forgetting any time soon.

OK, you tell us: What did we leave off?

Jack is a Digital Content Editor with a degree in creative writing and French from Western Michigan University. He specializes in writing about movies, food and the latest TV shows.

Michelle is the Managing Editor of Graham Media Group's Digital Content Team, which writes for all of the company's news websites.