In the Kitchen with H‑E‑B: Mouthwatering dishes for a Texas-sized appetite

Streaming service for Disney lovers to be released later this year

Disney+ to boast a low price, tons of Disney material: Who could complain?

We’ve all been waiting for the release of Disney’s new streaming service, Disney+, but do you know what to expect when the app hits the stores?

The theme park and movie giant has been teasing a service like this for a couple of years now, and sadly, we’ll have to wait a little while longer before we're able to enjoy it.

The streaming app will be much like Netflix and Hulu in that you'll be able to stream movies and shows on any compatible device. The biggest difference? You’ll only be able to stream Disney content. We’re not complaining though -- that's what we’re all looking for, right?

Want to learn more about this new service, and what we know so far? We’ll provide some details below. 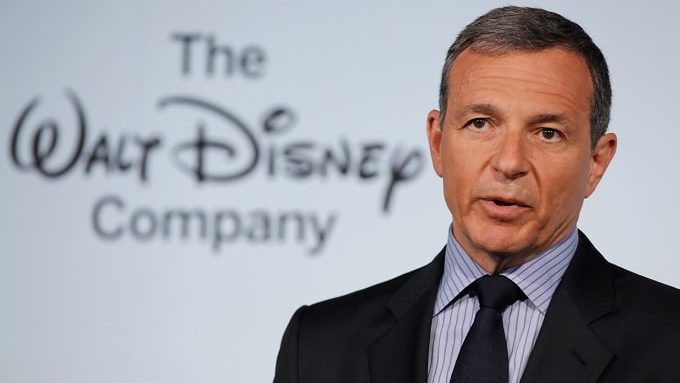 Disney CEO Bob Iger said the streaming service is the company's "biggest priority" for 2019. The app is planning to have about 7,000 episodes of television series and 400 to 500 movies available. Iger has stated that the app will contain "the entire Disney motion picture library," which means the Disney vault is no longer locked.

According to the Disney+ preview website, the service will contain content from all the Disney-owned brands: Disney, Pixar, Marvel and Star Wars. But it will also include programs from National Geographic.

How much will it cost?

When you think of Disney, does a huge price tag come to mind?

Although we don't know exactly how much the service will cost, it seems as though Disney has plans to make it much cheaper than what consumers might expect. Disney has stated that its streaming service will cost less than what some of its competitors -- such as Netflix and Amazon Prime -- charge.

If you think about it, that actually makes sense, considering Disney will be streaming all its own content instead of relying on the number of subscriptions purchased in order to pay for the rights of non-Disney material.

Disney has confirmed that Disney+ will launch in the United States first and could eventually expand to other territories around the world. Disney will reveal more about its Disney+ launch plans during an investor event April 11.

Disney has said there will be shows and movies created specifically for Disney+. Some things people can expect also include shows related to the Star Wars and Marvel universes. According to Variety, Loki and Scarlet Witch from the Marvel films are set to get their own exclusive shows.

"Star Wars" fans will be happy knowing that Disney announced "The Mandalorian," a 10-episode live-action "Star Wars" series produced by Jon Favreau, who directed the live-action versions of "The Lion King" and "The Jungle Book." The series is set to take place between "Return of the Jedi" and "Star Wars: The Force Awakens."

After hearing what Disney will likely offer, we're ready to hand over our money.

If you’re like us, you search your streaming services for Disney movies and are sometimes left unsatisfied with your options. With Disney+, it seems as though you'll never feel let down. Instead, you’ll have a new struggle -- and that's choosing what movie you are going to watch.

Are you as excited as we are? Will you become a subscriber and will you ditch any of your other services? Let us know in the comments below.