Ask 2: How can I have a ‘Quiet Zone’ study done in my area to prevent train-horn noise?

5 things for Houstonians to know for Friday, Sept. 25

Have you ever had all your hard work go up in flames after making a dumb, life-changing decision? In Netflix's The F**k-It List, that's exactly what high school senior and valedictorian Brett Blackmore (Eli Brown, who next stars in HBO Max's Gossip Girl reboot) goes through after a senior prank goes awry.

With nothing to lose, Brett decides to follow through with his "f**k-it list" -- everything he missed out on when he had his nose in a textbook -- with his crush, Kayla (Madison Iseman), by his side. Through the experience, he learns a valuable lesson: Living your personal truth is more important than becoming what others want you to become. Jerry O'Connell and Natalie Zea play Brett's overbearing parents, while Peter Facinelli also stars a wealthy hotshot.

Brown's casting on The F**k-It List was a case of being at the right place at the right time. When they were searching for the lead, he was starring in Pretty Little Liars: The Perfectionists for Freeform. Director-writer Michael Duggan's wife, Karey Burke, then the head of the network, was watching dailies for the pilot and immediately zeroed in on Brown. The rest was history.

Though Brown, 20, says he's the exact opposite from Brett in real life, exploring how the other side lives was intriguing. "What drew me to the project is that he's so opposite of me, or at least his upbringing and his ideals," the actor tells ET. "It's very different from my outlook and my upbringing, so that's one thing that really pulled me in. I just thought it was fun. What would it be like to be this kid?"

Unlike Brett in the movie, who invested all his energy in academics at the detriment of his social life, Brown was aware early on about what his ultimate goal was.

"I did well in school, but I knew school was not my track. That was not my goal: to get accepted to every Ivy League school," he says. "A big part of that is I wasn't raised that way. My family values education, but not to the extent where they're like, 'You're applying to every Ivy League college and we're going to prime your entire childhood so you get accepted to every school.'"

Even so, the hook of The F**k-It List rests on the idea of reaching a point in your life where plans go out the window and you're looking at life with more spontaneity. That was a concept Brown found himself subscribing to.

"I would like to do more traveling. There are a lot of places I would like to see," Brown shares. "I feel like what happens for me is that I get inspired very, very easily, but it's often this fleeting inspiration. I'll watch a documentary on rock climbing, for example, the Alex Honnold one [Free Solo]. I'm like, 'I'm going to become a rock climber. That's what I want to do. It's so cool, so adventurous. I want to climb El Capitan.' Then I wake up in the morning and I don't [have that] need. I'm just going to stay in my lane."

While the actor has been keeping busy in quarantine playing music ("Mostly guitar, but a little bit of piano. I've been trying to teach myself some saxophone, which is a very interesting process"), he's also gearing up for HBO Max's Gossip Girl reboot, which was supposed to start filming in New York City when lockdowns began bearing down.

Details have been relatively scarce, but Brown offered an intriguing preview for the new class of Upper East Siders. The original Gossip Girl was one of his sister's favorite shows, which was how he became aware of the franchise.

"My sister watched it. This is so funny because it's the same question I got when I was on Pretty Little Liars, which was also my sister's favorite show. I watched her watching them; I saw it in the background," he recalls. "Once I got the role [on the Gossip Girl reboot] I came around and I watched most of the first season. But now I'm down in L.A. where I don't have a TV or WiFi, so I'm kind of off the grid right now."

Brown says the cast has been sworn to secrecy with whom they're playing, but he offered this nugget to whet fans' appetites. "We've been asked to keep even the very little information that we have pretty secretive, but I can tell you that my character's a really good guy," he hints. "He comes from a very wealthy family and he's a humanitarian."

Whenever it's deemed safe for filming again amid the coronavirus pandemic, Brown is looking forward to being immersed in the Big Apple.

"First and foremost, I'm excited to shoot something in New York. That sounds so fun, even though I know that it will be a very different New York because of social distancing and the safety precautions. It's going to be a very different experience than I thought, but that'll still be very cool. We're recreating something that was so adored by so many people. It's going to be fun."

To stay up to date on breaking news, sign up for ET's daily newsletter.

'Gossip Girl' Reboot: Everything We Know About the HBO Max Series 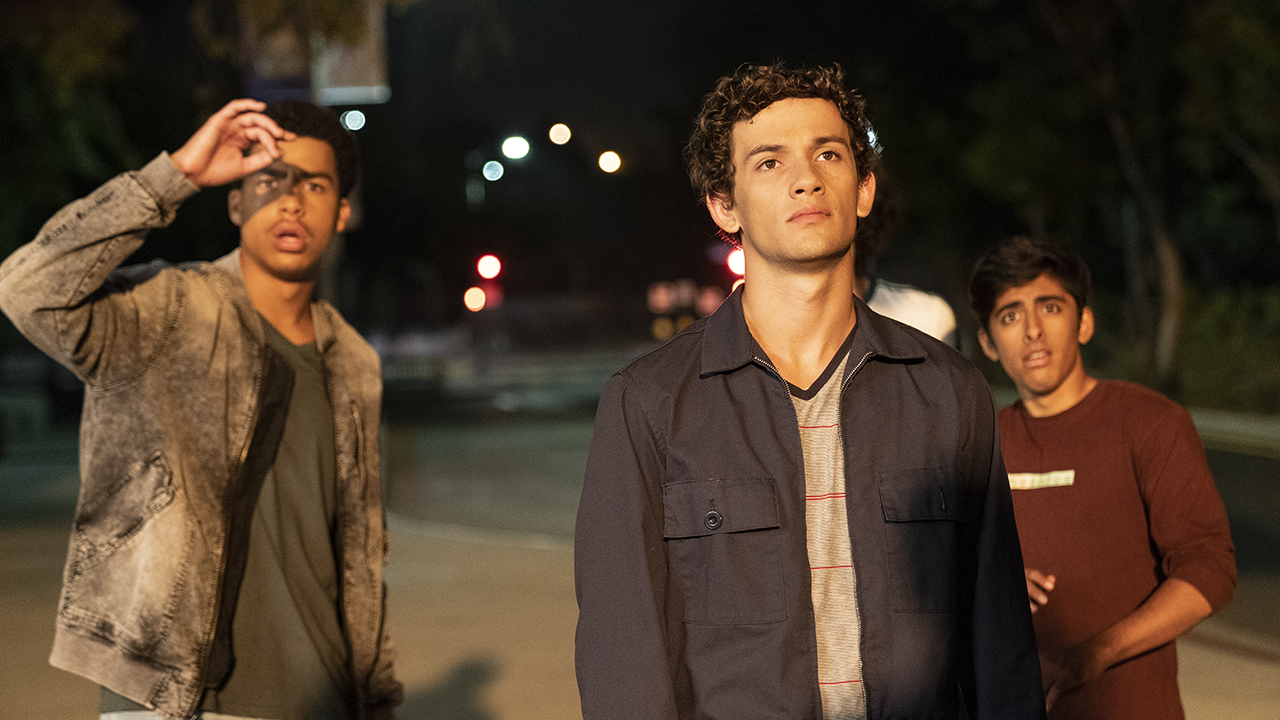