KPRC 2 Pet Project: Meet Anastasia, a pup who loves to sing in the rain

TRAFFIC ALERT: All mainlanes at Eastex Freeway southbound at Rankin Road shut down due to major crash involving 7 vehicles

As Marvel's Agents of S.H.I.E.L.D. enters its seventh and final season, the show's cast and crew are taking some time to look back on the show as a groundbreaking entry in the comic canon.

One of the longest-tenured comic adaptations on TV, the series was also one of the only Marvel shows to air on network television, rather than dropping on streaming services like Netflix and Hulu. It also was one of the only Marvel series to directly incorporate storylines and continuity from the MCU -- as the events of the show ran parallel to Captain America: Civil War, Avengers: Infinity War and more -- in addition to bringing well-known Marvel characters, like Ghost Rider and Lady Sif, to the small screen.

However, the show began making history even before its series premiere in September 2013. As a network show of any genre, S.H.I.E.L.D. quietly broke ground by having three Asian American women at the forefront from the beginning -- creator and showrunner Maurissa Tancharoen and series stars Ming-Na Wen and Chloe Bennet.

Bennet, who was just 21 when the series premiered, spoke with ET ahead of the final season and opened up about her time working on the show alongside other powerful Asian American women -- what she says has been a "really special" creative experience in her career so far.

"What was special about it is how, just, normal it was," said the actress, who stars as hacktivist-turned-S.H.I.E.L.D. recruit-turned superhero Daisy Johnson. "We entered the show in a very different climate here in Hollywood and in the industry than we exited it. So there was a big shift in kind of the attention that our show got for casually having two Asian leads and an Asian showrunner."

Tancharoen co-created S.H.I.E.L.D. with husband Jed Whedon and brother-in-law Joss Whedon, and has served as a showrunner throughout its seven-season run. The trio originated the character of Agent Melinda May, played by Wen, for the series, but Daisy aka Quake was already a superhero in comic book canon before Bennet brought her to life.

For the actress, getting to bring her own Chinese American heritage to the part was a bonus in developing the character of Daisy and increasing representation within the Marvel universe.

"I didn't get cast as an Asian character, but once they knew I was Asian, they played into that," Bennet recalled. "And all it did was bring a depth and a richness to the character into the storyline."

"That's the kind of beauty that comes with diversity in Hollywood," she continued. "And then so many people who haven't seen someone like an Asian American in that position, can then look on TV and go, 'Oh, my gosh. Wow. There's someone who looks like me, who is doing badass things. Maybe I could do that too.' And so, the power of diversity is important, but it's also important to make it normal."

S.H.I.E.L.D. is signing off in a Marvel universe that is certainly more diverse than the one it entered -- Netflix's Iron Fist and Hulu's Runaways have both starred canonical Asian lead characters, and upcoming features The Eternals and Shang-Chi and the Legend of the Ten Rings feature Asian performers and creatives both in front of and behind the camera.

However, from Bennet's perspective, there's still plenty of work to be done.

"That's when things are really going to be changing, but it's really special to be a part of a group of people that have always thought about who we are as people, rather than what we look like or where we come from," she added. "And so that's kind of what I loved about it."

Another highlight of the series for Bennet has been getting to work alongside Wen, who has been a bastion of Asian representation in Hollywood for many years, performing memorable roles in The Joy Luck Club, ER, Street Fighter and more. Most notable for Bennet, however, was Wen's role as the voice of Mulan, the first Asian Disney princess, in the iconic 1998 animated film.

"That was the only Disney movie I saw growing up -- that and The Lion King," she recalled. "I had literally zero Asian characters that I saw myself in when I was a child, and a lot of that affected the way that I thought. You know, you think that you're not good enough to be certain things, or you'll never get to be on the cover of a magazine... It really affects what you think you can and cannot do."

"It's been such an honor [on S.H.I.E.L.D.] to meet so many young girls and boys across the country and have the storyline and the character affect how they see themselves and what they see in themselves," Bennet added. "For me, it was Mulan, and then, it was a very cyclical, satisfying ending for me to get cast as a superhero alongside Mulan herself. That's very cool."

May is Asian Pacific American Heritage Month in the U.S., which celebrates the contributions and influences of the Asian community. To capture the current state of representation in entertainment, ET Online will be spotlighting Asian performers and projects all month long.

'Agents of SHIELD': Check Out the Retro Season 7 Poster! (Exclusive)

'Abominable': Chloe Bennet on How Playing 'Yi' Made Her Feel Like a Kid Again (Exclusive) 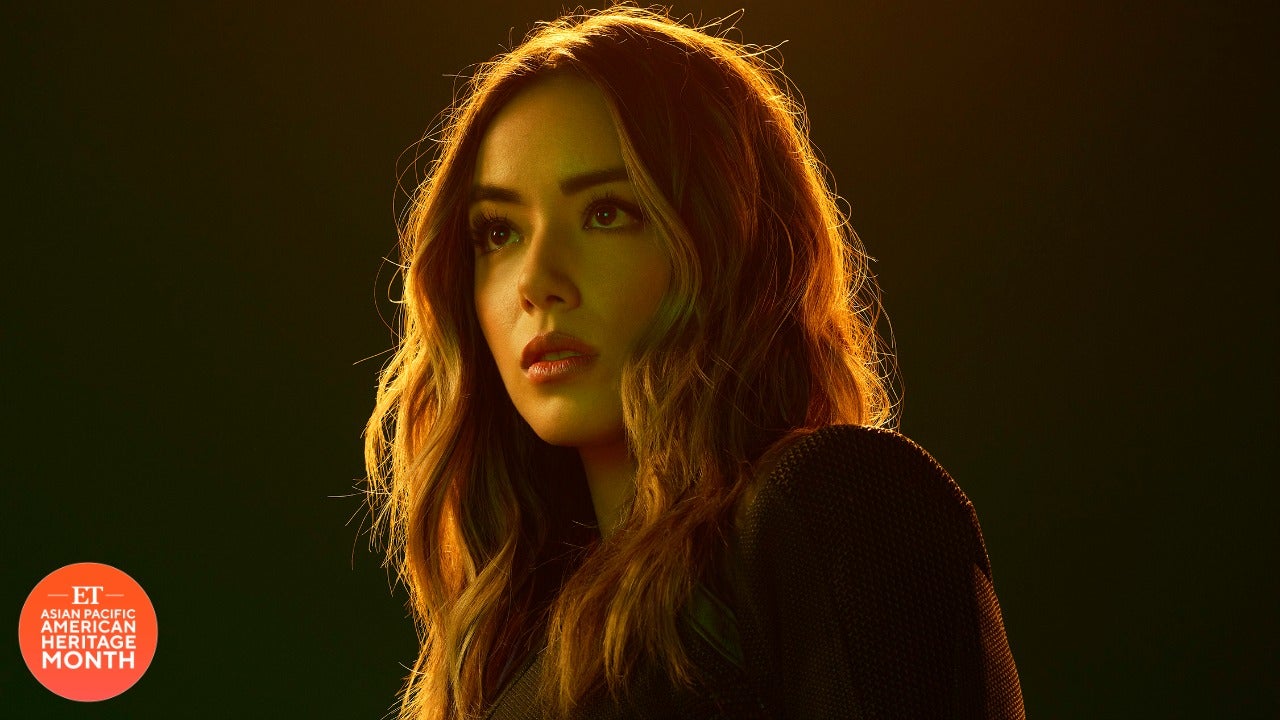