Solutionaries: How make schools safer require going beyond the classroom

Dylan Sprouse will soon be able to share his new passion project with his fans.

The 27-year-old actor chatted with ET's Leanne Aguilera about his new comic book, Sun Eater, which is set to be released in July. Sprouse has been working on the nine-issue saga for half a decade, and it's a tale that is very personal to him.

"I started writing this five years ago because I was kind of in a place mentally where I felt like I needed to get some sort of story out from myself to better understand the scenario that was happening," Sprouse explained. "So I started writing something that I just knew I loved, which was fantasy genre."

Taking place in ninth century Norway, Sun Eater follows a drug-addled warrior who sacrifices his leg to the gods. In return he is fused with a parasitic beast, giving him the power to rescue his son from his sworn enemies -- history’s first Norwegian king and his five personal guards. The result is a grim and bloody adventure -- a dark metaphor for drug addiction, selfishness, and the children it affects. It is illustrated by Diego Yapur.

The project, Sprouse said, has let him open up to his fans like never before. While he explained that he doesn't generally talk about his family, the main character, Kveldulf, is written for and based on his mother, Melanie Wright.

"My own mother is influencing the main character, basically one for one in a lot of ways," Sprouse explained. "His interactions with other characters, his compulsions, his ability or inability to kind of navigate the world around him is really all informed by my real-life happenings that I've encountered with my own mother."

While Sprouse didn't go into detail about his family life, he said that after posting a video to his Instagram in which he shared that it was based on his home life growing up, "I had a huge amount of comments."

"Not only are the ones in support, but also people who are in similar situations and growing up in similar households," he said. "And I found that really, really nice. What I hope for Sun Eater in general is that not only is it a story that's interesting and entertaining to people who like this kind of genre, but also that it's a little bit of a cautionary tale, and it empathizes with people who were raised in similar situations, and that it creates a dialogue between all of us."

Since he's been working on it for years, Sprouse has shared Sun Eater with his twin brother, Cole, as well as his father, Matthew, but admitted that he hasn't shown it to his mother. Sprouse noted that he would often do readings with Cole and show him and his father artwork.

"We've been doing readings of Sun Eater over the years, and as I've continued to get artwork back and I've formulated it a little more, a lot of the times, these conversations that we have about this subject matter is what fuels the next 'episode' or issue that I've been writing," he shared. "So, it's been a lot of talk and a lot of refining."

Meanwhile, Sprouse says that Sun Eater is "a very dark and bloody, and a little bit sexual, story, as well. Given the nature of [publisher] Heavy Metal, which is kind of a perfect union in this way,  [it's] is a dark metaphor for drug addiction, and also how these things pass on to your children."

"I quickly realized that when I was writing it, that this story was only in part my own," he expanded. "That I was writing this, not from a perspective of what I think that interaction was like, but really what I hoped that interaction could have been, and how I hoped that the main character Kveldulf could have been, or had the same amount of dexterity and follow-through with their ideals that my mother didn’t have."

"It has been challenging, yes. But it’s very cathartic," the former Disney Channel star added of his experience writing the comic book. "And the only thing I hope when people read this … is that they read it for what it is, which is a personal story that hopefully extends a little greater than that. It’s cautionary ... and it says something about that experience, and they take away something from it. And if they don’t, that’s OK, because I think I was still able to get it out and grow from the story. All in all, it’s been less challenging and more rewarding."

For more on Sun Eater, watch the video above. Sun Eater is available for preorder now via https://shop.heavymetal.com/collections/suneater, with the first issue starting to ship July 17. The series will also be available in select comic retail stores starting Aug. 7. 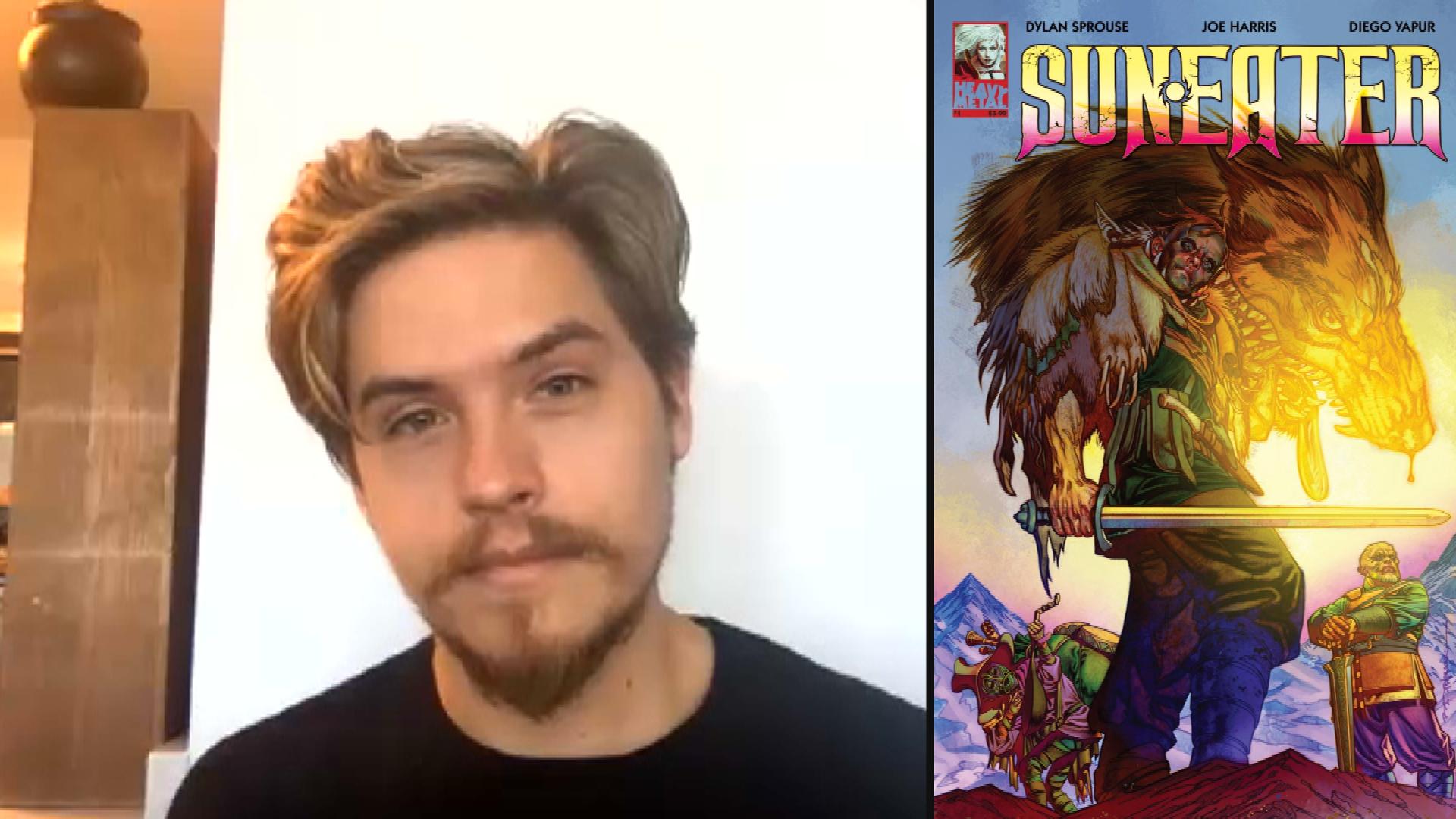