After 16 weeks of heated competition on The Masked Singer, the field of 18 costumed celebrity contestants had been whittled down to just three finalists -- The Turtle, The Frog and The Night Angel -- but only one could get the coveted Golden Mask!

On Wednesday's finale, the three finalists all sang their hearts out one final time before the panel of celebrity "detectives" -- including Robin Thicke, Nicole Scherzinger, Ken Jeong and Jenny McCarthy -- got one last chance to guess their secret alter egos (and were all around surprisingly successful, given the group's lackluster track record).

Voting commenced once all three contestants were able to deliver their last performances, and after all the votes were cast, it was The Night Angel who walked away with the Golden Mask, taking her place on the winner's throne as the show's first female champion.

After some final guesses from the panel, The Night Angel removed her mask and revealed her true identity -- GRAMMY award winner and reality star Kandi Burruss!

"It feels incredible!" she screamed when host Nick Cannon asked how it felt to take home the trophy.

"For a long time I really stopped singing by myself, you know? Because you get negative feedback and so it messes with your head, so I had really stopped," Burruss told the judges, explaining why being on the show meant so much to her. "So I appreciate you guys for helping me build my confidence back up."

Before Burruss was named the big winner, it was the The Frog who was the first to come up short, finishing third. After some final guesses, The Frog removed his mask and was revealed as rapper, actor and TV personality Bow Wow.

The game then came down to The Turtle and The Night Angel, and after some of Cannon's signature dramatic pauses, the Turtle was revealed as the season's runner-up. The Turtle revealed himself to be none other than singer and actor Jesse McCartney!

ET spoke with both Bow Wow and McCartney on Wednesday, and the two performers addressed how the season turned out and their own experiences with the show.

"Everyone really did such an amazing job, and it could have been anybody's game. And not just for the final three, but for everyone in the final five," McCartney marveled. "There were so many great performances."

In his final number of the season, McCartney performed a soulful rendition of Lewis Capaldi's "Before You Go," which brought Scherzinger to tears. "Ballads are sort of my sweet spot, my wheelhouse, and the strongest part of my voice, so I felt like I had to go out with a big ballad," he shared. "It didn't pan out the way we thought, but it was still so much fun."

For his closing number for the season, Bow Wow sang "Bad Boy for Life" by Puff Daddy, featuring Black Rob and Mark Curry. "It was about just going in there and trying my best and leaving it all on the stage," he explained. "Whatever was gonna happen was going to happen."

For Bow Wow, that meant coming up with a game plan that played to his strengths. "My game plan was to just find my own niche. I knew I wasn't the best vocalist, I knew I wasn't going to out-sing anybody, so my whole plan was, 'What is something I can do that they can't do? Well, they can't dance like me,'" he said. "So my whole thing was to just bring the party to the stage. And that's what I did, and it worked to my favor."

Being in one of the season's more comfortable, easy-to-move-in costumes played a big part in what he was able to bring to the stage, and it was one of the main reasons he chose The Frog outfit in the first place, because he wanted to focus on "being comfortable."

"It was regular dress pants that I could move and dance in, it was comfortable, I had the chance to wear sneakers or dress shoes," he explained. "That's why my performance stands out the most, because I was one of the only ones that could really run around and move… It was like wearing pajamas on stage."

The same could not be said for McCartney's Turtle costume, which featured a large, heavy shell that limited his rotation and mobility, and an equally heavy leather jacket covered in metal spikes.

"It's something you have to be mindful of, and learn breathing techniques, especially when you're singing big ballads and holding notes for long periods of time," McCartney recalled, adding that, while wearing the outfit got easier after a while, "It's never, ever comfortable."

"It's all about 'How can I get through this?' How can I deliver the best performance while wearing this giant costume?'" he added.

But being The Turtle meant something special for him, which is why he chose the somewhat cumbersome costume in the first place. "It metaphorically represented who I am as a person, as somebody who's grown up in the entertainment industry as a child," he said. "You do develop a thick shell. It really did fit our narrative for the whole season, and ultimately I am a big softie on the inside."

With the show coming to an end, McCartney is also releasing new music. His latest single, "Friends," dropped Wednesday, and the singer explained that, with the ongoing coronavirus outbreak and the subsequent quarantines and lockdowns, the song is a perfect way to help people who are feeling stuck at home.

Bow Wow is working on new music as well and making sure to use this time of social distancing to focus on his own creative efforts.

He credits his time on The Masked Singer for a great deal of his motivation.

"It woke up that hunger again. Like, right now, I'm in artist mode. I've got two albums I'm trying to finish… the world is starting to slowly open up, and I have to get things done," he said. "You can't look back at this time, when you could have gotten so much stuff done, and then then the world opens before you know it and everything is back to normal again, and that time is gone."

"So I wanted to make sure I utilized this time, and Masked Singer definitely gave me that spark again," he added.

Check out the video below for more on this season of The Masked Singer.

'The Masked Singer': Season 3 Spoilers, Clues and Our Best Guesses

'The Masked Singer' Renewed for Season 4, Aiming for Fall Premiere

'The Masked Singer' Unmasked: The Astronaut Reveals How the Show Influenced His Upcoming Album (Exclusive) 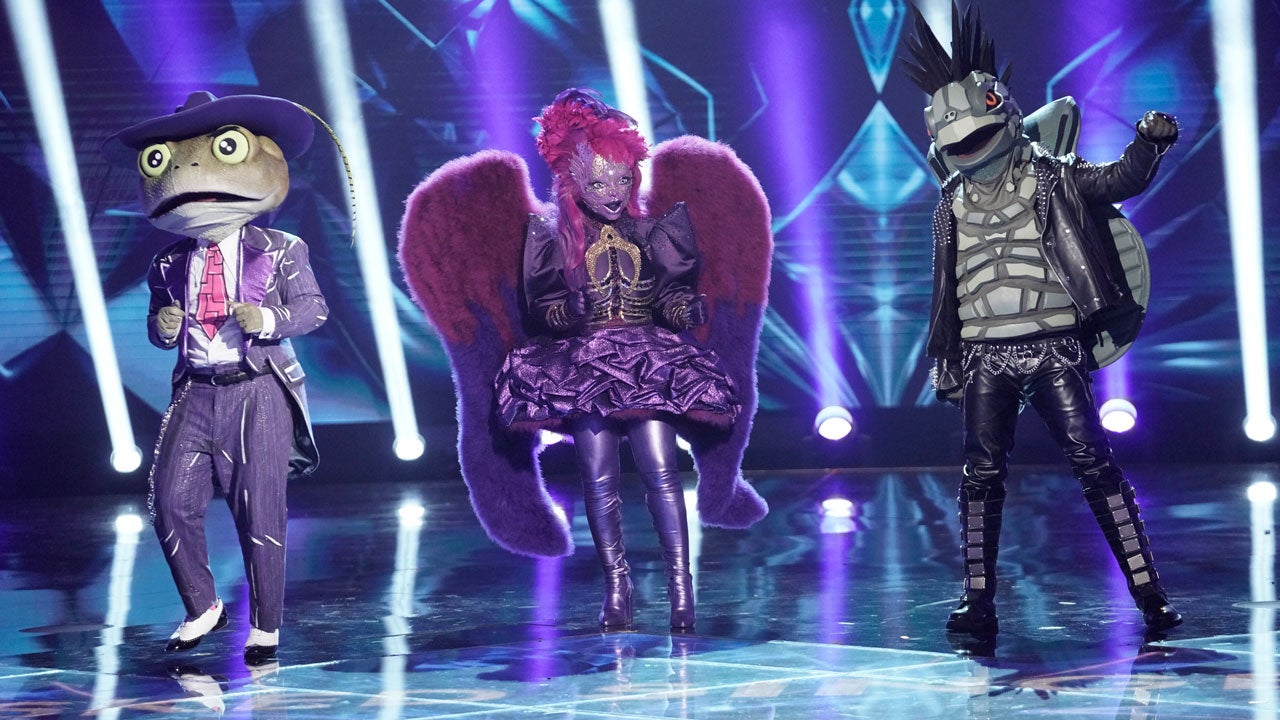