Kathryn Kates, ‘Seinfeld’ and ‘Orange is the New Black’ actor, dies at 73

Need some extra cash? Get vaccinated and win up to $1,000 in gift cards

Texas teen brothers, their friend accused of beating stepfather to death after half-sister accused him of sexual assault, reports say

NeNe Leakes might've left the chat, but that doesn't mean her Real Housewives of Atlanta co-stars are done chatting about her.

In ET's exclusive first look at part three of the RHOA season 12 virtual reunion, Andy Cohen turns the conversation to the season-long feud between NeNe and Kenya Moore. Kandi Burruss and Cynthia Bailey both weigh in on the issue, each admitting they're confused about why there's bad blood between the pair.

"I do know that when we started filming this season, NeNe was very interested in meeting up with Kenya," Cynthia shares, speaking on NeNe's behalf while NeNe's camera shows the inside of her computer, seeing as she walked away at the end of part two of the reunion.

"Maybe she was trying to make amends with her for whatever her reasons were, but I do know that NeNe wanted to meet up with Kenya," Cynthia adds.

Andy asks Kenya if she ever heard from NeNe during her high-risk pregnancy, which happened while Kenya was not a cast member on the show. Kenya says she did not, going on to note that she reached out to NeNe, though, when NeNe's husband, Gregg, was battling cancer. NeNe’s pal Marlo Hampton claims that’s not true, but Kenya fires back and says she has receipts to prove it.

"She never asked me about myself, and I look at all that and I just said, you know what? This lady is not for me," Kenya tells Andy, getting a sound of agreement from fellow NeNe foe Eva Marcille.

Andy then points out that NeNe made two on-camera attempts to speak with Kenya -- at a bowling event and on the cast trip to Greece -- but Kenya "seemed unwilling to hear her out or take any of that in."

"Because, Andy, I know it was all fake and phony because of our history, and I can see fake a mile away," Kenya offers, "so why should I accept an olive branch if it’s covered in poison ivy?"

In an interview with ET in January, Kenya opened up more about her issues with her longtime co-star.

"You're just making up with people because you have to, because you have no one else to film with or nothing else to do, you know?" she continued. "She tried to get me fired before I was even hired on the show. I just think that she's always been very intimidated by my presence on the show. And, when I was not on the show, I was still being talked about … I was still relevant, so that bothered her. And so, then it becomes, 'Why did you invite Kenya to your launch party to celebrate you? And at eight months pregnant?' Like why, is that an issue for you? So again, if you watch who she really is, you will see that she is extremely intimidated, jealous, envious -- whatever you want to call it -- of my presence on the show."

Meanwhile, last week, NeNe told ET she’s "done" with Kenya after they were unable to find a resolution this season.

"I feel like there's nowhere for me and Kenya to go," NeNe said. "Like, at this point, it looks stupid to continue to argue. I’ve extended olive branches to her, because -- as people love to say -- someone has got to be the bigger person, right? So, I've extended olive branches. I've apologized. I've agreed to move on. There's nothing else that I can do. I've done everything that was asked of me to do, I did."

Part three of The Real Housewives of Atlanta season 12 reunion airs this Sunday at 8 p.m. ET/PT on Bravo. For more of NeNe’s thoughts on the reunion, watch the video below.

Marlo Hampton Sounds Off on All Things 'RHOA': Securing a Peach, Drama With Eva and Kenya (Exclusive) 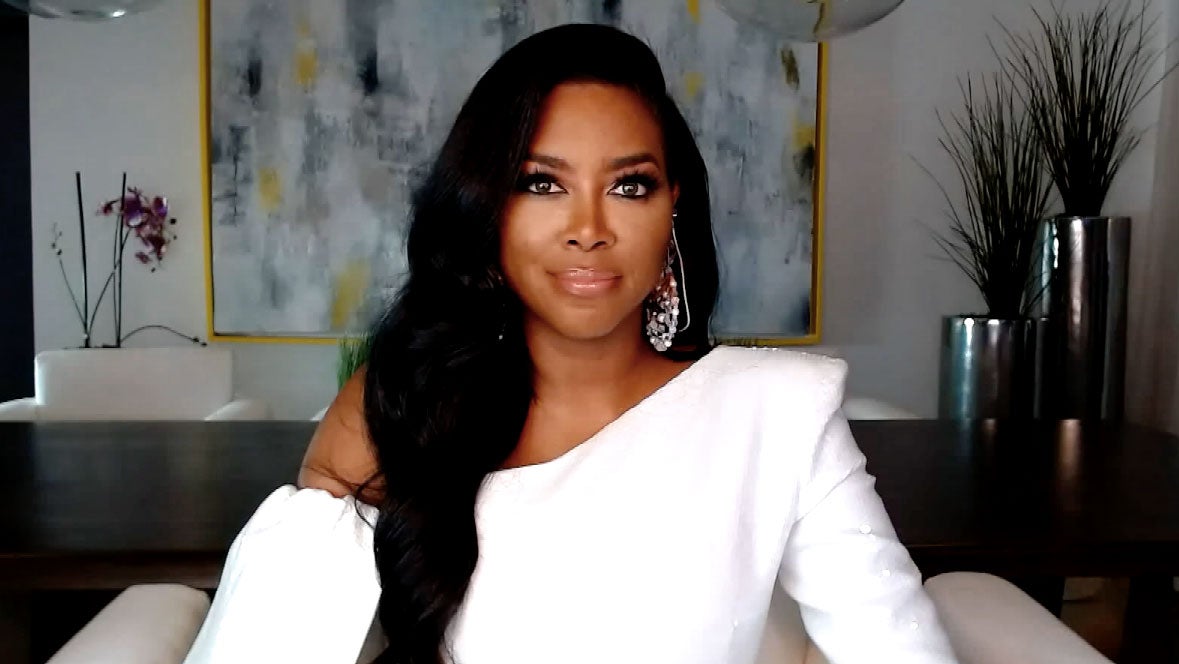