For attorney Joanna Chang (Kristin Kreuk), life seems to be just a little bit sweeter when Canadian legal drama Burden of Truth kicks off its third season on The CW. She and Billy Crawford (Peter Mooney) are one year into their relationship, they're running their own law firm, Crawford Chang, and it appears their demons are finally where they should be: in the past.

But reality has a funny way of rearing its ugly head at the least opportune times. Just when things appear to be looking up, the new couple is faced with a wrath of non-ideal circumstances -- from losing their first major legal case to having to let one of their associates go due to being financially strapped to Joanna struggling to connect with her staff. When Joanna and Billy return to their hometown of Millwood for their high school reunion (around the one-year anniversary of her dad's murder), they're lured back into the town's antics as they haphazardly take on an unwinnable case involving Joanna's former childhood best friend, Kodie (Sera-Lys McArthur), whose children are unexpectedly taken away.

As Joanna attempts to prove her worth with the new case, her past surfaces again as her friendship with Kodie unravels and flashbacks to a life-altering incident in her childhood comes to light. And, as her panic attacks worsen, Joanna is forced to make a choice: Embrace a healthy work-life balance as Joanna Chang or revert back to the workaholic she was before as Joanna Hanley.

Ahead of the U.S. premiere of season 3, ET hopped on the phone with Kreuk to discuss Joanna and Billy's new life together, Joanna's struggles to put her past in the past and how worried viewers should be about the main heroine. As the actress reveals, "We should be worried for her."

ET: What did you want to specifically tackle in season 3?

Kristin Kreuk: We really wanted to look at, for all of our characters, but particularly for Billy and Joanna who are now in a relationship, what it would take for them to get to a place where they were able to -- maybe not let go of -- but really move forward from their past traumas to be in a healthy relationship. We wanted to look at it through the lens of family and we wanted to do that through Joanna’s old childhood friend, Kodie, who has her children taken away. It makes Billy and Joanna both look at who deserves to have children and who doesn’t, and at what point do you prove that you’re changed so that you’re allowed to have kids? Why did their parents get to keep them and Kodie’s didn’t?

The stakes are a little bit higher this year, and more emotional and personal for the characters. Was that what you were going for with Joanna and Billy?

Absolutely. We wanted it to be a very emotional season. We put Billy and Joanna in a really tough place. They’re in a relationship; neither of them are very adept at relationships. Joanna certainly is not. They’ve started a new company together, which is struggling and they employ Joanna’s sister, so they have people on payroll who they love, and on top of that, there are other pressures on Joanna both hormonally in regards to possible things that could be happening to her. She’s been having panic attacks and they are related to her intense fears. When we see Kodie and engage in that part of Joanna’s history, the traumas of her childhood come bubbling to the surface and it becomes very emotional, which she doesn’t share with Billy for a lot of the season. It’s very emotional for him also because he doesn’t know how to reach her and he loves her and there isn't an avenue of communication. It’s a much more emotional season for all the characters.

You touched on Joanna and Billy embarking on a new relationship. They’ve been living together. They're working together at their firm. What challenges do they go through this season trying to balance the personal with the professional?

The first case they have as a company, they fail at and that sends Billy into a spiral and that sends Joanna into a spiral, for different reasons. Billy feels judged by Joanna, like maybe he’s not good enough at his job, and Joanna because she can’t handle failure. In that space, Joanna makes a rash decision to take on a case that is practically unwinnable, which puts their company at greater risk. One of the big challenges is that because the company’s failing, they should be taking on cases that can make money, but Joanna is in an emotional spiral so she’s taking on personal cases, which is the opposite of how she normally behaves and it's terrifying. Billy takes on the position of being the one who’s trying to get her to take on the more practical job. All of that, plus Joanna’s facing these influx of flashbacks that are coming at her from her childhood in relationship to her friend, Kodie, that she doesn’t tell anyone about it and stays hidden away.

At the beginning of the season, Joanna and Billy are on pretty solid footing in terms of their relationship. What can you preview in terms of what their journey looks like for these eight episodes as they try to stick together while these external forces work against them?

They are in a good place. They love each other and their main issues are what’s going on outside, the stresses that result from that, but also they both have massive insecurities that they’ve never faced. Because of what’s happening between them and with the story, the eight episodes move in a way that pushes them further and further to the point that they have to have a catharsis around those insecurities. So, they eat away at both of them and it affects their behavior and how they engage with each other for the majority of the season until they come through it. But it means that there’s a lot of instability and uncertainty with them, even though it’s always clear they love each other.

Joanna is struggling with the idea of motherhood. She has this line where she's like, "Oh no, I don't do that." Does her perspective on motherhood change?

It absolutely does. Her uncertainty around motherhood is built fully around her insecurities as a person and her own lack of experience with a solid mother relationship in her life. She never had that and she doesn’t believe she can be that person or what she thinks that person should be. This season, with Kodie, she starts to learn that A) people can change and B) that perhaps she knows how to take care of people. As she becomes more and more secure in who she is and the fact that Billy loves her for who she is, that helps her on her journey to seeing the possibility and potential of a happy family life for herself, which people who come from traumatic childhoods really struggle to see.

There’s a moment in the first episode where Joanna credits Kodie for saving her life years ago, which I assume is tied to the flashbacks. Can you tease the revelations that may come out?

Kodie and Joanna both came from tough family backgrounds, different but still difficult. Kodie's last name is Chartrand, and that family was known for being heavily gang-involved. The flashbacks are all about a specific incident that happened one day and they unveil themselves as they go. What happened is the culmination of Joanna’s trauma and her childhood in that point in time. They’re all fragmented and quite beautifully shot, and they weave through the season until we reach the climax of the memory.

This is the first time we really see Joanna incredibly vulnerable.

Yeah, she’s definitely uncertain and she’s fragile for the first time. She’s having panic attacks in the first episode and she’s emotional. She’s in foreign territory. She doesn’t know what she’s doing and she doesn’t think she’s good at any of it, so it’s all crumbling around her.

How worried should we be about her?

I think we should be a little worried for her. Also, she’s so bad at talking to people. She’s not even going to go talk to a therapist, so the whole thing is going to unfold as it unfolds. But she’s not in a great place.

Burden of Truth premieres Thursday at 8 p.m. ET/PT on The CW. 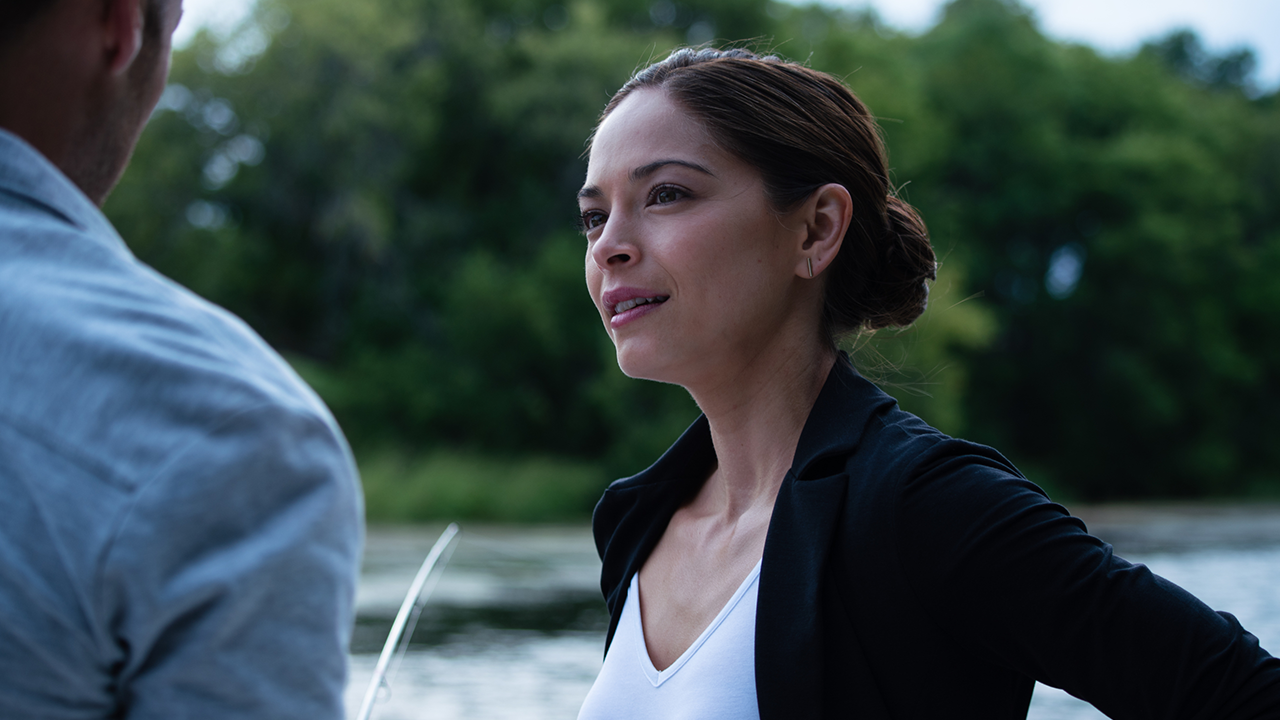