6 cyclist recovering after being hit by truck in Waller County

The cast of Disney Channel's popular family sitcom Good Luck Charlie is back together again!

To celebrate the 10-year anniversary of the series' debut, Disney brought the Duncan family together for a virtual cast reunion over Zoom with ET's Philiana Ng, where the stars took a trip down memory lane as they reminisced about their time on the comedy series, which ran from 2010 to 2014.

Good Luck Charlie followed Teddy Duncan and her family as they adjusted to their new baby sister, Charlie, in the household. When their parents return to work, Teddy and her brothers are enlisted to help care for baby Charlie, all while trying to navigate their teenage lives. In every episode, Teddy offered words of wisdom to her baby sister through video blogs and always wished Charlie "good luck." The series, which had A-list fans like The Office's Steve Carell, ran for 97 episodes, spawned a holiday TV movie and was nominated for three Primetime Emmy Awards for Outstanding Children's Program from 2012 to 2014.

In ET's exclusive reunion, Good Luck Charlie stars Bridgit Mendler (Teddy), Bradley Steven Perry (Gabe), Jason Dolley (P.J.), Leigh-Allyn Baker (Amy), Eric Allan Kramer (Bob) and a grown-up Mia Talerico (Charlie) -- who was only 11 months old when the show started -- reconnected as they shared their fondest memories on set, working with baby Talerico and whether they'd be open to a reunion movie. Because Talerico was a toddler during the series, this marks the first official interview with all of the main cast members.

During the virtual reunion, Mendler confessed that she and the cast measured the 10 years since the show's premiere with Baker's pregnancies. The actress was pregnant with her eldest son, 11-year-old Griffin, when she screen-tested for Good Luck Charlie, and was pregnant with her now 7-year-old son Baker during season 3. "I feel like I was the luckiest person in the world because I got two amazing families all at one time," Baker marveled, joking that there were a lot of clothes hampers to hide her baby bump.

But the cast couldn't help but focus their attention on the adorable Talerico, now 11 years old, who remembered her time on the show -- well, as much as she should could! "I probably had a really easy role 'cause I just got told most of my lines or didn't have any," Talerico said with a laugh, causing her former co-stars to chuckle. "I think it was really easy because most of the time, it was what happened. We just rolled with it, like, in the crawling scene, I just stood up so we just went with it."

"Yeah, this is a trip right now! We have never done an interview with Mia and had a full conversation like this. This is bizarre!" Perry exclaimed.

That prompted the cast to recall a signature moment from the series' first episode, where Talerico was supposed to be fed sweet peas in the scene but instead was given bananas. "She loved bananas and so I said, 'Put bananas in front of her,'" Baker remembered. "All of a sudden, she puts the whole plate up and dumps it all over her and it changed the scene. This is what I loved about working with a baby is, you've got a great improv partner. You never know what's going to happen so you just gotta be ready to roll with it."

Can’t believe this week marked 10 years since Good Luck Charlie premiered❤️We had 4 years of family fun😊Can you tell me which season,episode and scene this is from? #goodlickcharlie #weareallinthistogether

Kramer said seeing Talerico grow up right before their eyes as the seasons went on was "trippy": "She started off being swaddled and by the time the series was over, we're doing full-on scenes with her." And her TV family was right there with her when she experienced key moments in her life.

Years after Good Luck Charlie signed off, the cast has remained incredibly close, reuniting for family dinners, hikes and momentous life changes. Mendler, currently studying for her master's degree at Massachusetts Institute of Technology, explained why the series has resonated with her, the cast and the viewers, years after it went off the air.

"The creators [Phil Baker and Drew Vaupen] always wanted it to be an ensemble and have each character have something to say. I also really attribute that to our director and our various other writers and people behind the scenes who allowed us to really form out these characters," Mendler said. "I'm just so grateful for that opportunity as a young actress to be able to spend so much time developing a character. Also, they were trying to entertain a family audience. They weren't just trying to please kids, they were trying to reach everybody."

"A big part of it too was how lucky we got with the cast and the crew, everybody that was on set making this thing. Everybody came to set every day wanting to make the best thing we could make," Dolley said. "Especially with us, there was this instant connection and chemistry that we had that you can't plan, you can't recreate. Sometimes you just get lucky and it happens. And we all felt like a family pretty much right from the beginning. That translating to the screen, it becomes instantly relatable. Even 10 years later, you're watching a family just like yours."

For Perry, his favorite memory "was growing up" on the Good Luck Charlie set. "My favorite memory was growing up," he said. "Everything I did. It was my first experience as a kid and then as a young teenager. Leigh was the one who gave me the birds and the bees talk on set. There were countless things I grew up doing. It was the first show I really worked, and at the time, I thought, 'Wow, if this is TV, this is awesome! This is the best line of work!' You go on to other shows or you go on to other movies or whatever you do, and you realize how special this thing was and how unique of a situation we had."

In an era where reboots, revivals and follow-up series seem to be all the rage, the Good Luck Charlie cast seemed more than enthusiastic about the idea of possibly reuniting in front of the camera. "I don't think any of us have thought of a reunion movie," Kramer joked.

"I always felt like if we did do one, where I found Bridgit's video diaries -- that's what I was always thinking, if that did happen," Talerico suggested, prompting Mendler to chime in, "That would be cool to go through the videos with Mia."

The cast had a special message for their fans who have supported the show all these years.

The Good Luck Charlie virtual reunion is part of Disney's Throwback Thursdays. Disney has been working with Feeding America to help raise awareness about the many resources available to people across America during these difficult times. You can learn more at FeedingAmerica.org/FeedTheLove and on social media using @FeedingAmerica and the hashtag #FeedTheLove. 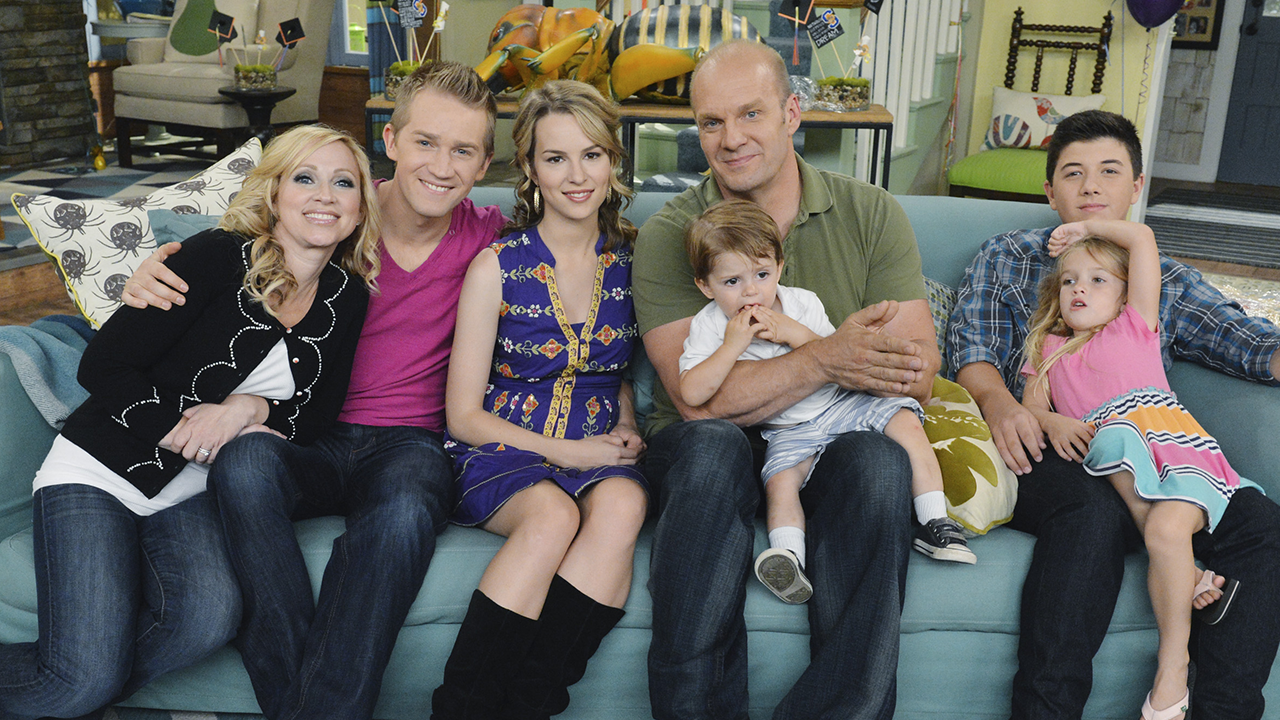