Houston Newsmakers: The cruel tragedy of the Sugar Land 95

Desi Perkins Gets Candid About Her Fertility Journey and Motherhood (Exclusive)

Desi Perkins is over the moon about her pregnancy, but it was a long road to get there.

The beauty vlogger and her husband, Steven Perkins, recently announced that they are expecting their first child together, after she had suffered a miscarriage in 2013 and underwent in vitro fertilization (IVF). Sitting down via video chat with ET's Kristen Gill, Desi talked about why she wanted to share her fertility journey with her fans, what motherhood means to her, and how she hid her baby bump from her millions of fans for months.

"I went through my whole camera roll and created a whole archive of photos that I can post now that I never posted before," she said of her technique to lure off pregnancy rumors. "I was like, 'OK, I'm gonna start posting these every now and then to throw people off. Luckily no one was really onto me because everyone was wearing baggy sweats and I've just been in baggy sweats and T-shirts. But I was just sprinkling those pictures in."

Things I’ve been craving: Grapefruits, tomatoes, cucumbers, pretty much any fresh produce but I’m not annoying so now let’s talk about the bad stuff I crave 😂 In N out animal fries 🤤 pizza from a small far away family owned shop called Georgios and quesadillas! (I was 16 weeks in this photo but I am currently 18 weeks) 🤰🏽

Desi and her husband give an inside look at their fertility struggles and attempt to get pregnant on her new YouTube channel, The Perkins. The beauty influencer shares so much of her life online that she felt she had to share her experience with her fans.

"The minute I did, so many women came forward and talked to me about their stories, which was so comforting and I realized I'm not alone," she expressed. "And a lot of us feel alone during these situations -- it was such a beautiful thing. I've never felt so light after sharing it all."

These days, Desi is stuck indoors amid the coronavirus pandemic, and says that being pregnant while in quarantine "has its pros and cons." She loves being able to spend time with Steven and not having to go to events where she would have had to "hide the bump or [have] people questioning why I'm not drinking."

She also loves the fact that they got to enjoy their pregnancy news together before the world knew. "So it was really nice."

"But the con, I will say, is not allowing our partners into any of the appointments," she explained of the new procedures and rules at hospitals. "And for Steven and I, this is our first baby. We obviously have been trying for so long. It's very exciting [but] we have to FaceTime each other in the ultrasounds."

"Thankfully it's not as bad as I imagined it," she continued. "When they gave me that news, we were still so excited and I set up the camera in the nurses space and they were like, 'Whatever we can do to make this better for you,' because it's so special, and they were helping me film. It was really nice. It wasn't bad, but you want your partner there with you."

Desi, meanwhile, can't wait for her baby's arrival, telling ET, "My dream was to be a mother."

"I have three brothers and I helped my mom with them," she explained. "And seeing how they've grown up and the things they took after me, even think I taught them, it's so special to really help mold somebody and just [have this] unconditional love that I have for them. I can't imagine what it's going to be like when I have my own child and get to do that with them."

The beauty pro also hopes to share her culture and teach her baby-on-the-way Spanish. "The one thing me and my mom have been doing is talking about how we want to sneak more Spanish lessons together," she admitted. "And I have my aunt here who speaks Spanish. So I told them, 'You can only speak Spanish to the babe.'"

For more on Desi's pregnancy journey -- including what she's been craving, how her style has changed and a fun game called "Parents to Be, With Steven and Desi P." -- watch the video below. 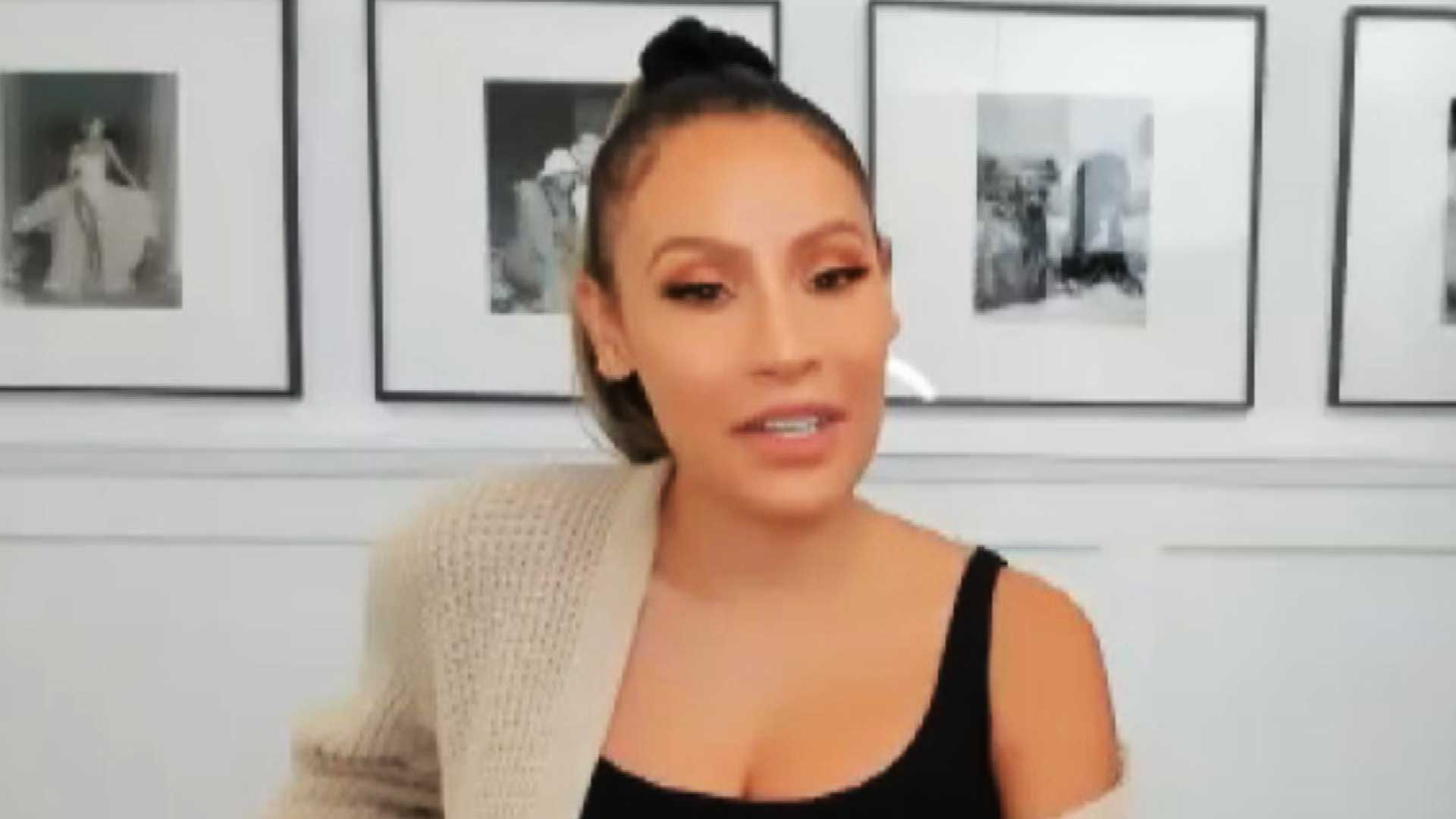