Only ET is premiering the music video for the duo's song "Trying On Rings," which features never-before-seen footage from their recent Nashville weddings.

"I hope people can see and feel how much love was put into the song and shown in the video," Maddie Marlow, one half of the duo, exclusively tells ET.

While the sentimental song itself was inspired by Marlow's own love story, her bandmate, Taylor Dye, hopes people also "hear their own love story in this song and realize it's all the little moments that mean the most."

The two brides, who released their sophomore album, The Way It Feels, in April, now get to relive their "magical" day with their three-minute video, which they admit makes them emotional.

Big thank you to @TheKnot for sharing some of the details from our big day, including my @AnnBarge dress! Loving reliving it all over again. 🥰 Read more at the link in my bio! #TheFonts

"I walked down the aisle to an instrumental version to the song since it’s our love story down to the T," Marlow shares. "So, it will always be such a special song to me."

The intimate music video includes heartwarming footage of everything from both Maddie and Tae getting ready to walk down the aisle to their "first looks" and the special moments the 24-year-olds shared standing by each other's sides.

"I can’t pick just one [favorite] moment because there were so many," Marlow, who got married at The Barn at Sycamore Farms in Arrington, Tennessee, says. "I would say our first dance to 'Late to the Party' by Kacey Musgraves, my dad’s toast, our best man and maid of honor speeches, and the four-hour dance party!"

"Our first dance was pretty magical," Dye adds. "My husband surprised me with a song that he wrote about me right after our engagement."

Now the brides are enjoying the next chapter of their lives as newlyweds. The two are quarantining with their respective "husbands" -- a term the two are still getting used to saying.

"The fact that I’m not traveling every week and having so much time together has strengthened our marriage," Marlow says of the coronavirus pandemic. "We normally don’t get much quality time with me being on the road, so it has been a blessing getting to spend so much uninterrupted time together."

Dye, who has been "playing Wii and catching up on movies" with Kerr, says she and her husband have "learned so much about how the other copes with things," during this time. "We've both been very patient in letting the other feel what they're feeling," she adds.

Next up, Maddie & Tae have plans to hit the road later this year with Lady Antebellum on the Ocean Tour 2020. 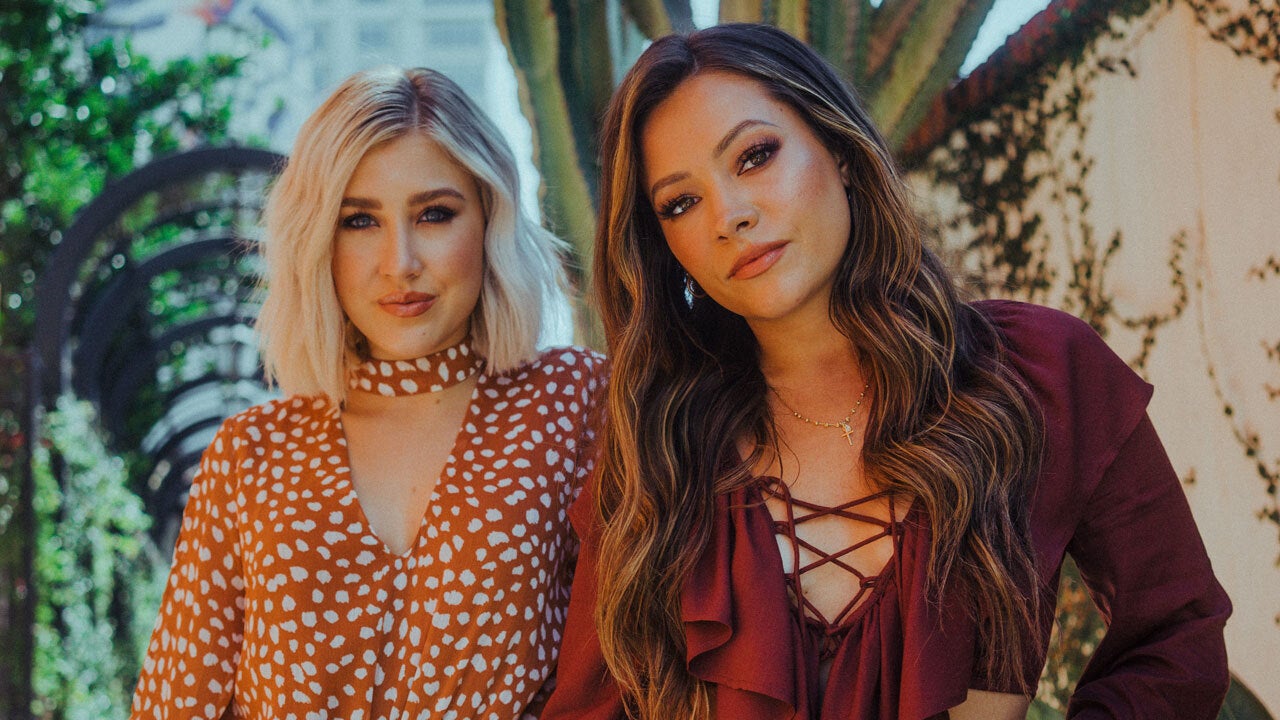