Warning: Do not proceed if you have not watched season 2 of Netflix's Dead to Me. You are about to enter major spoiler territory.

Netflix's Dead to Me loves to keep viewers on edge with its flurry of twists and turns, but it may have saved the most shocking one of all for season 2: No, your eyes weren't fooling you, the dearly departed Steve Wood (James Marsden) has a "semi-identical" twin brother, Ben (also James Marsden). Wait... what? That sound, my friends, is our collective jaws dropping.

The twin twist was revealed at the end of the first episode after Jen Harding (Christina Applegate), who killed Steve with a wooden bird after he spewed harsh venom at her, and Judy Hale (Linda Cardellini) tried to cover their tracks and hide Steve's dead body in plain sight. Their plan of getting away with murder got a tiny bit complicated when Steve's twin arrived on Jen's doorstep, wondering about the whereabouts of his "missing" brother. Oh, if only he knew what actually happened.

As creator Liz Feldman explains, introducing Steve's twin actually wasn't in the original plans when the series was initially greenlit. Instead, it all started when Marsden made a fleeting joke in an email he sent to Feldman after season 1 launched last May, seeking ways for Steve to remain a presence on Dead to Me even though he was very much dead.

"I wish I could say it was in my back pocket," Feldman tells ET with a chuckle. "Truly how it started was we had such a great experience working with James Marsden and he was so great. He’s basically the polar opposite of Steve as a person. He’s just a great human being and wonderful to have on set, and he and I just really hit it off. I received the most incredibly lovely e-mail from him at the end of last season after the show had premiered and people seemed to like it. And he wrote me an e-mail joking around, saying, 'Is there any way Steve could survive a traumatic brain injury and drowning?'"

Marsden so enjoyed his time playing Judy's douchey ex-fiance attorney that he was crossing his fingers for an avenue in which he could realistically stay on Dead to Me, which, fittingly enough, is all about larger-than-life circumstances. While Feldman appreciated the actor's enthusiasm, having Steve survive such traumatic injuries was going a little too far, even for her.

"I just started laughing when I read [the e-mail] 'cause I just thought that was funny. I was like, 'Well, that's a bridge too far for me. I don’t want to suspend reality so far that we don’t recognize it anymore.' But I called him immediately and I was like, 'Would you be interested in coming back if there was a way to do that?' And he said, 'Yeah!' Like, he totally would be interested," Feldman recalls. The pressure was on to figure out just how to pull such a feat off without being too outlandish.

"I started pacing around the house and I was like, how would l do that? And the idea of him playing his own twin popped into my head," Feldman says, acknowledging that twin twists aren't "the most original idea in the world."

"Obviously, it’s been done many times. It’s essentially a trope. It's basically the prime move of the telenovela. But I sat down with Kelly Hutchinson over the next day or two, who’s one of my best friends and a writer on the show. We were having coffee and I told her about Marsden’s e-mail and literally, at the same exact time, she and I looked at each other and we were like, 'Twins?'" she shares, laughing at the memory. "We just started laughing so hard because it was so stupid."

The next trick was crafting Steve's twin. Would he be an exact replica of Steve's personality? Would he be the complete opposite? Feldman says she and Hutchinson chose to make their new creation more relatable and digestible. (We definitely don't need two Steve Woods in the world.)

"I knew that if we were going to do it that we would have to do it in a very real and grounded way. I accepted the challenge of, 'OK, we’re going to do this very tropey thing of bringing in a twin. Now it’s less tropey to bring in a good twin. He’s not the evil twin, so there’s that,'" Feldman says of their thought process. "But I thought, 'OK, if we’re going to do this, I need to maintain the integrity of the show and the characters. It became our responsibility as the writers to create a character that felt as three-dimensional and flushed out and real and human, even more so than Steve. So that when you’re a few episodes in when you’re watching the show and maybe you’re even forgetting that we pulled this crazy thing out of a hat, you know?"

For much of the season, Jen and Judy were forced to keep the fact that Steve was dead to themselves (you know, so they wouldn't face jail time), keeping Ben at arm's length when it came to the truth about his "semi-identical" twin brother. Watching Jen and Judy stumble as they try to keep up the ruse, while Ben attempts to figure out the real story behind what happened, was an intriguing challenge.

"It’s super fun, not just for the writers but I think it was really fun for James as well to get to play essentially the opposite type of person, but a person who, at the same time, is looking for his brother and is deeply concerned," Feldman says. "But then he tries to see the best in everybody. This is looking for cracks in the friendship of Jen and Judy. He’s trusting and and it was really fun to play with his goodness."

One thing she knew for certain after Ben came into the picture, he was going to be romantically involved with Jen. Not only did it force Jen to face what she did, quite literally, but it provided a stark reminder of the type of person she should be with -- if she hadn't murdered a person in the heat of the moment, of course.

"When we came up with the idea of Steve having a brother and the brother being very different than Steve, the storyline between him and Jen came to me pretty quickly and organically because he’s another way to reveal a side of her that we haven’t seen," Feldman explains. "We built the character and carved him into existence, and it felt like if you were Jen’s friend, that's the kind of guy you’d want to see her with. And he’s the kind of person that you would hope she could find. She did find him but it’s obviously a very difficult... dynamic."

"I never wanted the audience to forget that Jen did kill a person and whatever the circumstances, she did take a life. And now she has to look at that same face over and over again," she adds. "It's a pretty rich and fun and disturbing way for her to deal with her own guilt. We liked the dynamic it created for Jen. And also, they’re so great together. Who wouldn’t want to see them together?"

But is Ben truly an angel? Feldman played coy when asked if Steve's brother had ulterior motives or skeletons in his closet that we aren't aware of just yet. "I don’t want to say too much but we’re hoping to get a third season, so maybe you’ll find out even more about Ben then," she hints.

Dead to Me is now streaming on Netflix.

'Dead to Me' Season 2 Trailer Has a Message for Jen and Judy: 'I Know What You Did'

'Dead to Me' Season 2 Trailer Is Here! Christina Applegate and Linda Cardellini Hide a Deadly Secret

Linda Cardellini and the Daring Duality of 'Dead to Me' (Exclusive) 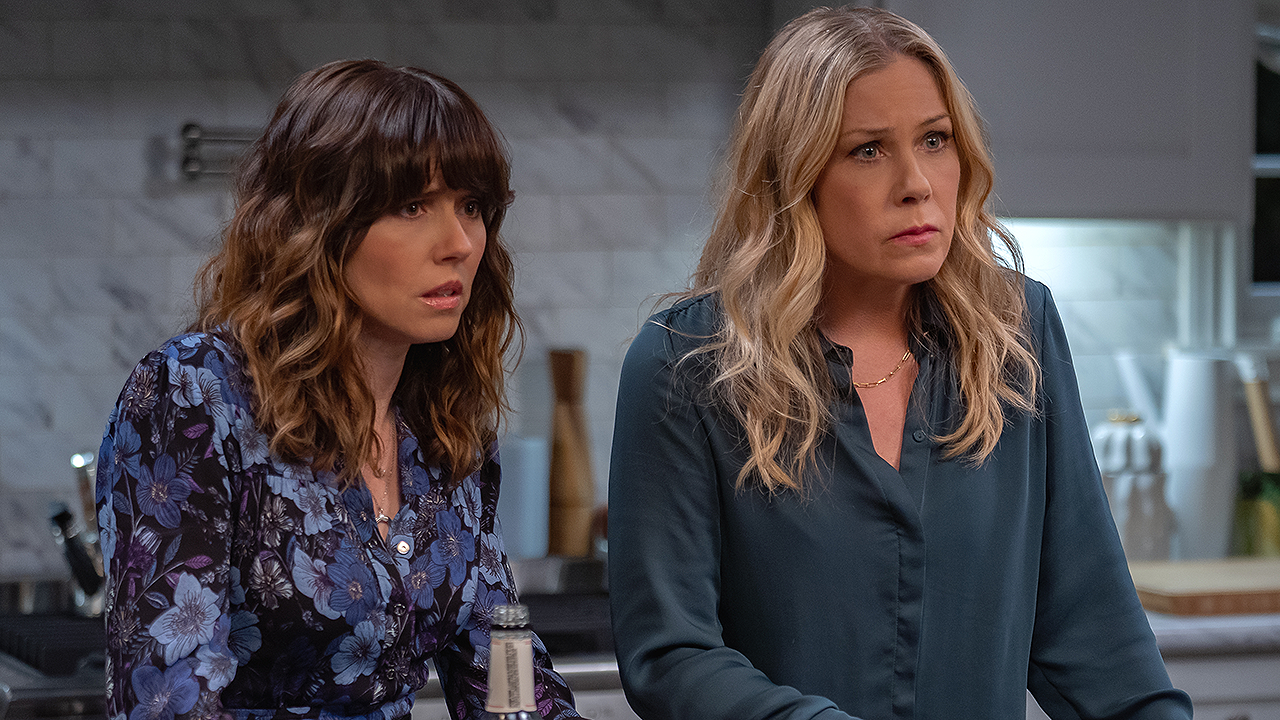