Local doctor warns that virus will spike if masks not mandatory

It's been 23 years since Romy White tried to convince her peers that she invented Post-Its in Romy and Michele's High School Reunion -- and leading lady Mira Sorvino thinks it's high time for a sequel.

"We always talk about it and we're always open to it," Sorvino tells ET's Keltie Knight of her and Lisa Kudrow possibly doing another movie as Romy and Michele. "We'd be very happy to revisit it as a sequel or a TV series. I think it would be so much fun. We've always loved each other."

The 52-year-old actress -- who is currently starring in Ryan Murphy's Netflix show, Hollywood -- has clearly done some thinking about what another movie or TV series would look like. "I think it would be cool if we could incorporate some younger characters into it. Like, maybe one of us has acquired a child, perhaps not in a normal way but maybe has an inherited niece or something," she ponders. "Just to kind of connect it to the same age range that it was originally about."

While there isn't a sequel just yet, Sorvino will be reuniting with Kudrow on the small screen when she goes on her celebrity ancestry show, Who Do You Think You Are?.

"I love that stuff and I know a lot about one side of family going back a few generations, the other side I know almost nothing about at all," she says of her excitement about coming on the show in addition to seeing her former co-star. "I can't wait."

At the moment, not much is getting made in terms of movies and shows as Hollywood is at a standstill amid the coronavirus pandemic. Students around the world are missing their graduations and school dances while in quarantine, but Sorvino has some advice for those youngsters that she thinks Romy would give them.

"[Romy] would probably tell them to stage something virtually and everybody get dressed up and maybe have some sort of cat walk-like talent show," she brainstorms. "They should design a special outfit that expresses their mood that day and maybe choreograph a special dance that they can all do together."

Sorvino isn't the only who's thought about a Romy and Michele sequel. Kudrow basically pitched ET an entire movie back in 2017.

Check out Kudrow's ideas for a second flick in the video below.

Mira Sorvino Finally Apologizes to the Real Inventor of Post-Its 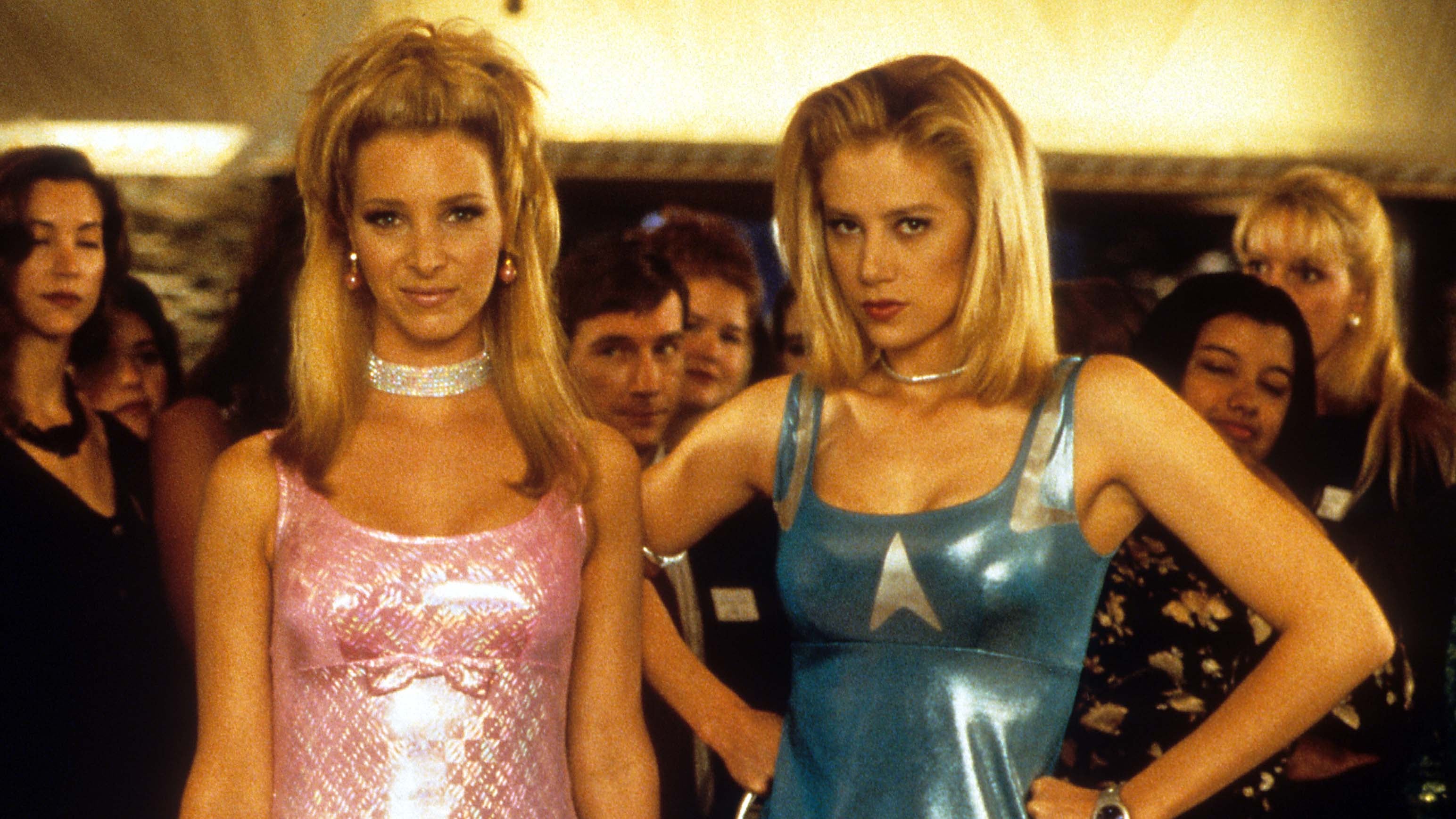