Could quarantine give the world a Nip/Tuck or Charmed reunion?

Julian McMahon dished on whether the casts of the hit series may stage a reunion while people are on lockdown due to the coronavirus pandemic.

“I would do both,” McMahon, 51, tells ET’s Rachel Smith. “I think Nip/Tuck is now on Hulu or something, so people have been binge-watching. I get people texting and emailing me saying, 'I just re-watched,’ or, ‘I watched for the first time.’ So, it kind of starts in your mind -- ‘We need to make a Charmed movie. Let's make a Charmed movie. We can probably do it in the backyard.’ Or, ‘Let's do Nip/Tuck with the two of us doing surgery.’”

In the meanwhile, McMahon can be seen on CBS series FBI: Most Wanted, which airs its season finale on Tuesday night. The Australian hunk teases that the “dramatic” episode features a father-son robbery, which hits a nerve for his character, Jess.

“Jess [has] this evolution he's been going through for the season and the whole thing has been about the relationship he has with his daughter,” McMahon says. “He lost his wife a couple of years ago in Afghanistan and has been struggling with himself and his ability to raise his daughter the way he felt was right. He's also one of those people that needs to go to work and the type of work he does really fuels his system, so he can't live without it, but how do you do what you're doing and raise a daughter on your own?”

“So, this episode is a particular one emotionally because whilst he's trying to raise his daughter, this whole father-son relationship thing comes up with these two bad guys,” McMahon adds. “And, it just brings up all those issues he had with his father, which is part of the process he needs to go through in order to parent his daughter better.”

On a lighter note, McMahon says Jess finally starts to “get his groove back,” after being encouraged to get out more. Heading to a bar, he talks to a woman who isn’t related to his job for the first time in about a year, which leaves him “chuffed.”

Looking ahead to next season, McMahon shared that he has been talking to executive producer Dick Wolf about how they might incorporate the coronavirus pandemic.

“We chatted yesterday and he's kind of in the midst of figuring out how to get that in there,” he says. “I've kind of been day dreaming -- do the FBI have masks on when they come in? Are they spraying anything with disinfectant? It's going to be a different world, so the FBI is going to have to try to translate into that.”

Although the show was one episode shy of completing filming the season before the pandemic halted production, McMahon has kept in close contact with his co-stars while quarantined in "the Carolinas" with his wife, Kelly, and 19-year-old daughter, Madison.

“I was literally just texting them a second ago,” he says. “We check in on everybody every couple of days and everybody does Instagram. I’m new to Instagram [and] it's like a new world out there. Then my daughter got me to sign onto TikTok last night. Maddie was like, ‘Do you wanna do a TikTok?’ and I'm like, ‘Sure ...’ I looked and I'm like, ‘This looks like professional grade stuff going on! We need to write a script or something.’ I think we're going to have to wait till I can get a production crew out here to do that one. It's pretty wild!”

The pair have also been watching Harry Potter and Pirates of the Caribbean movies, with McMahon noting that quality time with loved ones has been a “silver lining” of the pandemic.

After spending his first few weeks of lockdown catching up on sleep, he has starting running, doing yoga and Zooming with old classmates, but like many people, is finding quarantine is full of highs and lows.

“I have really good days where I'm so excited because I get to spend time with the people that I love and I've been doing some pretty cool things,” he says. “A couple of weeks ago, we got all of our classmates from school and Zoomed together, which we never would have done without this, you know, environment. I walked away feeling like it was a blessing.”

“Then there's days where it hits hard,” the actor adds. “Maybe I read a bit too much news and get a little overwhelmed by everything, so it's trying to figure out the way to balance it for yourself. I'm finding my way with that.”

See more on what celebrities are up to during quarantine below. 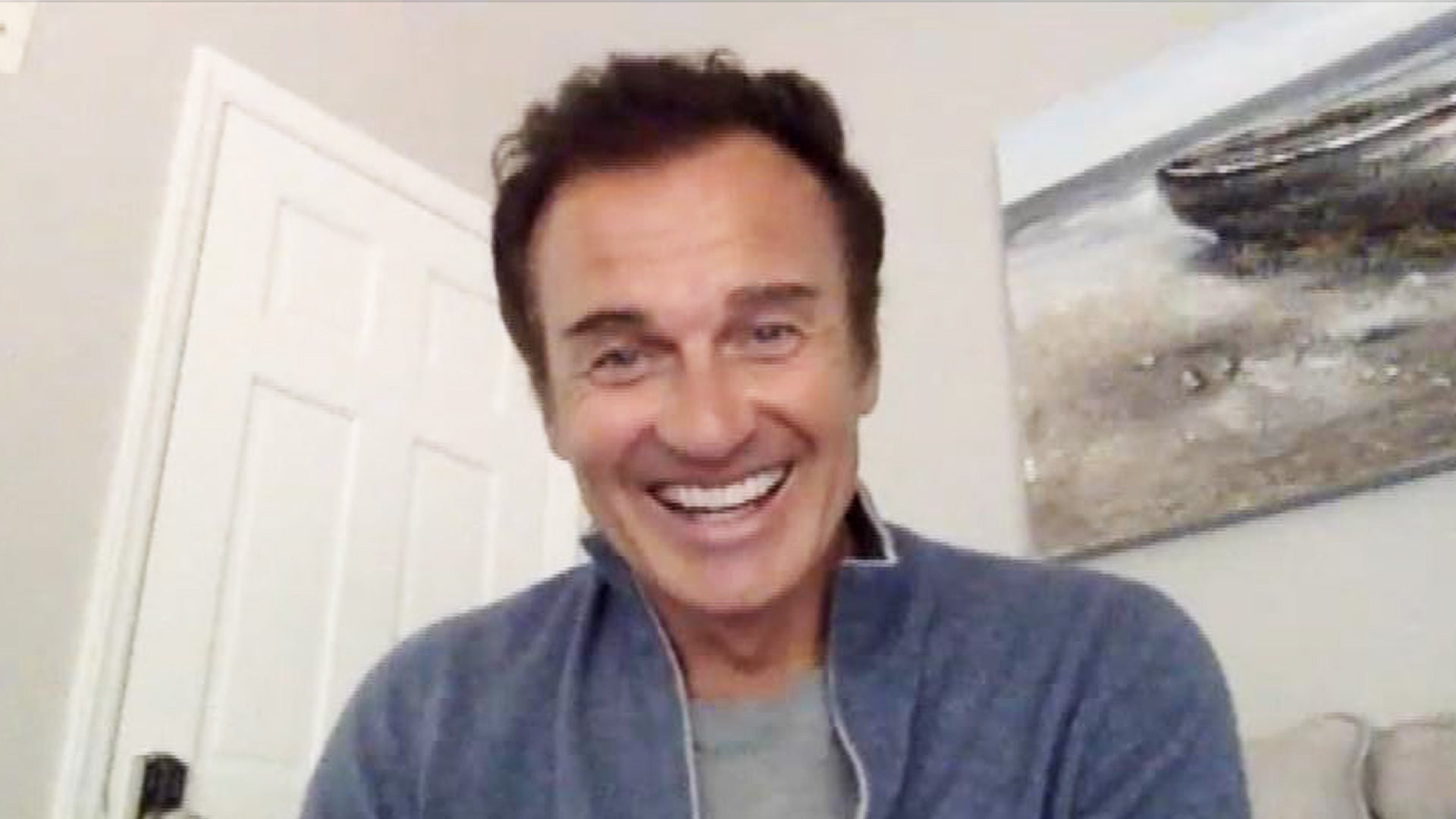