Hollywood and fans alike were heartbroken when longtime actor Brian Dennehy died in April at the age of 81. He was an everyman with an edge, allowing him to seamlessly appear in everything from Sylvester Stallone’s First Blood to Tommy Boy with Chris Farley as well as TV’s The Burden of Proof, To Catch a Killer, and the award-winning adaptation Death of a Salesman. One of his final performances, Driveways, is no different.

Directed by rising filmmaker Andrew Ahn, this understated film follows a shy eight-year-old boy Cody (Lucas Jaye) who moves into his late aunt’s house with his mother Kathy (Hong Chau). During their stay, he forms an unexpected friendship with a Korean War vet and widower Del (Dennehy) living next door. The success of the film hinges on the chemistry between Jaye and Dennehy, who both excel at bringing this relationship to life onscreen. ET has an exclusive clip (in the video above) of an early moment in the film, when the two characters are learning to appreciate each other’s company.

Ultimately, the second half of the movie proves to be a quiet victory lap for Dennehy, capping off an award-winning screen and stage career. Since first debuting at the 2019 Tribeca Film Festival, Driveways has earned Dennehy acclaimed reviews while the film itself went on to pick up two 2020 Film Independent Spirit Awards nominations. “Brian's performance of Del in Driveways is so dynamic to me,” Ahn tells ET. “There's a real physicality to his performance that's so compelling: this tough exterior, the way he walks, the sound of his voice. At the same time, Brian brought such an unexpected emotional tenderness to Driveways. He's gentle and vulnerable in a way that can't be faked.”

While someone like Dennehy has worked on every type of set and been involved in projects of every kind of scale, the director says he didn’t do Driveways for the budget. “He did it for the story, for the character. That's a real actor, an actor who loves their craft,” Ahn says. “I would have been thankful to have worked with Brian had he just shown up and phoned in a performance. Instead, he gave it his all in every scene, emotionally and physically. He knew the real value of the film.”

Available to stream or download via iTunes, Prime Video or Video on Demand starting May 7, this intimate, independent project is the perfect film to watch during this pandemic. “While we shelter in place, far away from our friends and family, Driveways reminds us all the power of human connection,” Ahn says. “I hope Brian's performance in this film inspires people to be generous and kind and to build relationships no matter what separates us.” 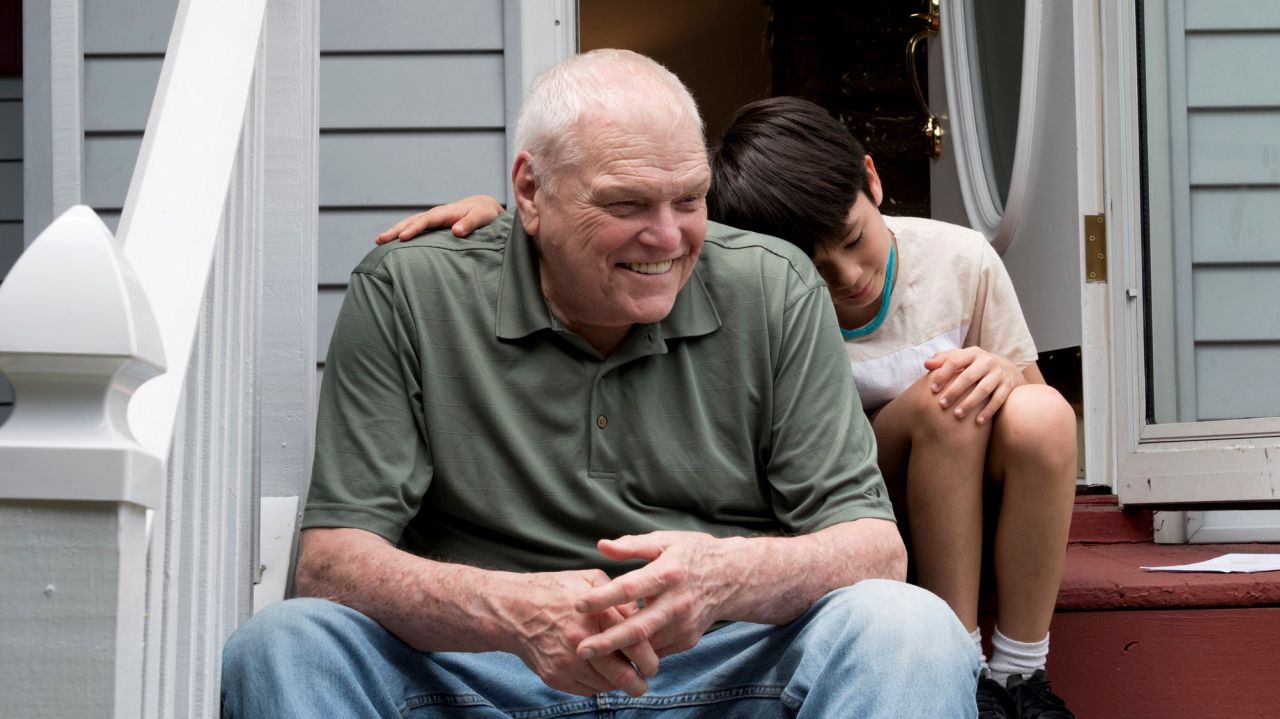