Here is what parents need to know about 2021 summer camps

‘We have no concern’: Texas restaurants can open at 100% capacity

Are Angie and Derek getting back together?

Single Parents tackles that very question in Wednesday's episode, which welcomes Adam Brody back into the fold as Angie's loser ex and father of her child. In the episode, which airs at a special time (8:30 p.m. ET/PT), Angie (Leighton Meester) is confronted by the fact that she may be having real feelings for Derek again.

In ET's exclusive sneak peek, Angie is forced to face the music when Derek overhears her entire confessional during a fight with her best friend, Poppy (Kimrie Lewis). During their heated conversation, Angie toys with the idea of possibly rekindling her and Derek's relationship.

"I heard all the parts, especially the one where you said you wanted to be in a relationship with me?" Derek asks, prompting Angie to get a little defensive over her surprising declaration: "I said maybe!"

But Derek isn't going to give in that easy. "You don't have to backpedal. It's obviously a sexy situation," he poses, revealing that he actually feels the same way about Angie too? The only downside is that it's Derek, so we're not exactly buying what he's selling here. "I want to be with you."

That revelation shocks Angie to her core, and she doesn't quite know how to take it. "We're just getting into a good co-parenting rhythm and I don't want to do anything that will risk that," she expresses.

"I know, I totally agree. But also, what if we just did?" Derek offers. Watch ET's exclusive sneak peek above.

Recently, ET spoke with co-creator J.J. Philbin about bringing Brody back to close out the sophomore season.

"I love the weeks when Adam is on set. He and Leighton are the world's cutest couple, and when they're together, the chemistry is off the charts, which I guess is no surprise, but still -- it's fun to watch!" Philbin said.

Should Single Parents earn a season 3 renewal, Philbin hinted that Brody could be a major part of the show's future.

"The way we ended season 2, Derek is even more a part of Angie's life (and even more of a thorn in Will's side). So we imagine Derek being a huge part of season 3," she said. "Honestly he has become such an important part of our ensemble, we can't imagine doing the show without him."

Adam Brody and Lance Bass Returning to 'Single Parents': All the Details (Exclusive) 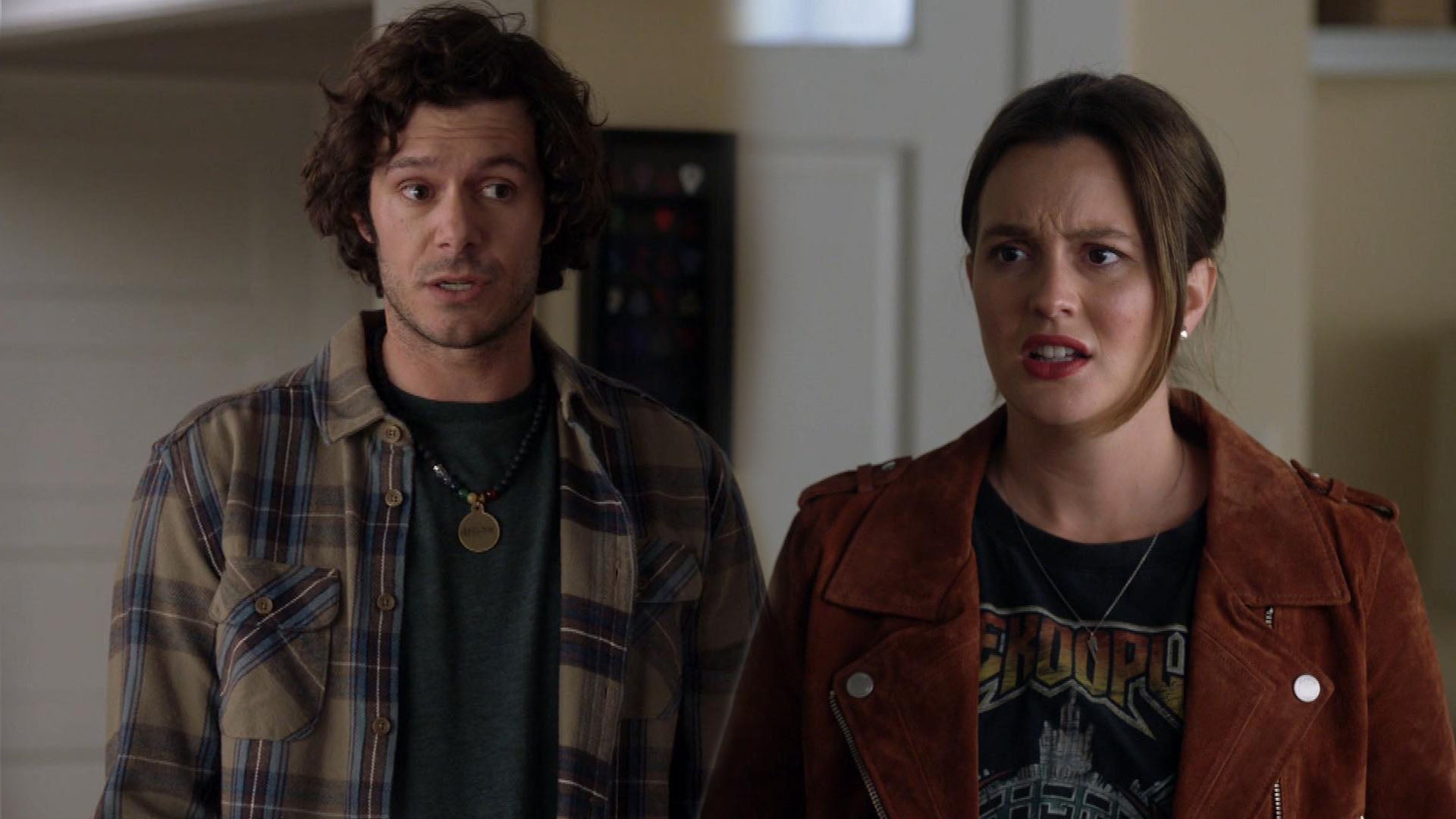