Houston is looking for its next poet laureate. Here’s how you can apply.

5 things for Houstonians to know for Friday, Jan. 15

CBS's All Rise was the first scripted TV show to go back to work -- virtually, of course -- amid the coronavirus outbreak, which has led to hundreds of Hollywood productions being shut down worldwide. In a matter of days, the work the All Rise cast and crew put in to make the special remote episode come to life will air for all to see.

In the episode, which was put together in accordance with social distancing guidelines, Judge Lola Carmichael (Simone Missick) virtually oversees a bench trial that involves a dispute over two brothers and a stolen car. Characters are shown managing their “new normal” of everyday reality at home while trying to continue their professional and personal lives.

Executive producer Michael M. Robin, who directed the episode, revealed to ET's Nischelle Turner that the idea for Monday's episode came after he and the other producers began communicating over Zoom as they put the final touches on episodes 19 and 20, both filmed before the shutdown occurred.

"After a week of being frozen just on a human level, like, OK what can I do? Is there a little work that can go on?" Robin shared over a Zoom call on Wednesday. "I started to notice, 'I'm starting to have a human connection with my colleagues online here and we're checking in, making sure to see how they're all doing.'"

After discussions with Gil Garcetti, a consulting producer and former Los Angeles County district attorney for nearly two decades, about how the current era of social distancing has affected the legal justice system, it became clear there was a story to be told.

"Our actors were going through what the characters are going through -- literally. They're like, 'I don't quite know what to do. I'm not sure how I'm working again and what's that gonna be,' and our actors were able to portray what our characters were feeling in terms of the trepidation of our times," Robin explained. "How do you get the court system moving again? It's a check-in with all of our people in terms of how they are handling all of this. What's really strange is we're able to do it in almost real time with what's going on in the world."

One of the biggest challenges with pulling off the episode had to do with the execution of the virtual episode. With everyone, including cast, scattered about, how were they going to pull it off seamlessly? Robin acknowledged that that was the hurdle they had the most trepidation about.

"We had to go into the homes or wherever our actors happened to be, and this was going to be the way they were going to be photographed now. That provided a challenge, but it was also an interesting thing to try to beat," he recalled. "We created our own internet room where our actors would dial into it and we could capture and record their feed separately. What ended up happening is I could get a grid view and record that, but then I could also get each individual call-in or shot and I could give those to my editors and we could cut it together like we would a normal scene."

Robin credited the "human spirit" of the All Rise team for "innovating" at a time of uncertainty to make the piece come together. He credited Missick and her fellow cast members Marg Helgenberger, Wilson Bethel, Jessica Camacho, J. Alex Brinson, Ruthie Ann Miles and Lindsay Mendez for doing their own hair and makeup, taking care of their own wardrobe and doing their own set dressing. "Given the fact that our actors are going through what our characters are going through, they really wanted to be able to reach out and communicate and give a nice story to our audience that shows, 'Hey, here's how we're feeling too, even though we're doing it through the characters,'" he said, "and I think it worked pretty well."

The cast, Robin said, was "excited" by the prospect of revisiting their characters one last time before wrapping for the season, after Robin and the producers introduced the idea of the virtual episode during a check-in over Zoom. "To see the enthusiasm in these people, who were like, 'Oh my gosh, there's something that I can do!' and 'I'm going to be able to help create a story that is a fun way to maybe take people's mind off it for a little bit,'" he said. "Just to watch that enthusiasm, they blew up like balloons."

As for whether this remote production could be the new normal, Robin cautioned against it, expressing optimism that should All Rise get a second season, they'll be back on set.

"We will meet the situation wherever it is, and if it means that we need to continue to do some of [these virtual episodes] because that's what's going on in our world right now, then I think we'll find a way. And if it means that we can be back shooting together, which is our hope, maybe with some adjustments and what that process is? We'll figure that out. One of the big parts of what this is, it's a demonstration of the human spirit and trying to get up off the ground and figure out how to do something."

Watch the promo for Monday's episode below.

Court is back in (virtual) session. #AllRise pic.twitter.com/WJ7wo08rk2

The All Rise virtual episode airs Monday, May 4 at 9 p.m. ET/PT on CBS.

CBS' 'All Rise' to Film Virtual Episode About Social Distancing 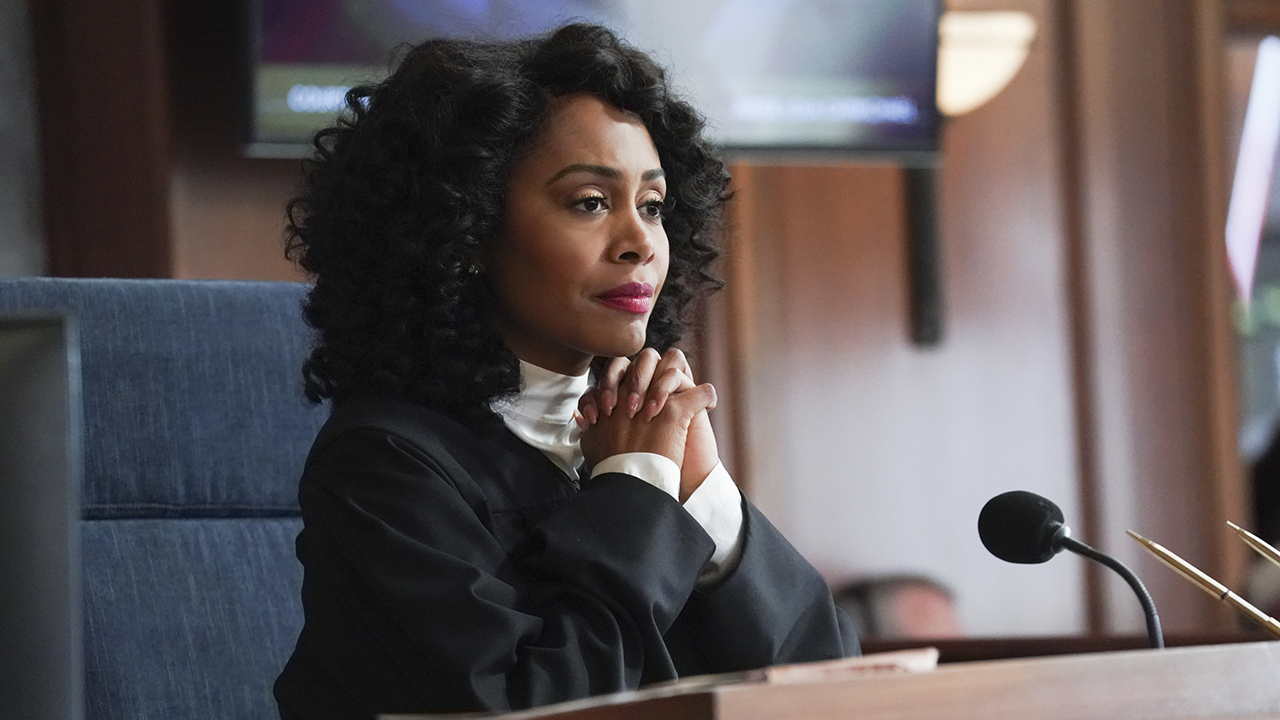