Have you seen her? Police searching for woman reported missing in Houston

The temps are running high, and the emotions higher, on Summer House.

ET has your exclusive first look at the much-teased blowout fight between besties Hannah Berner and Paige DeSorbo on this week's episode. The girls, alongside housemates Amanda Batula and Jules Daoud, are hanging by the pool and get into it over Hannah’s relationship, or lack thereof, with housemate Luke Gulbranson. All summer long, Hannah and Luke have been locked in a flirtmance, each seemingly ready to take things to the next level at the wrong time. Most recently, Hannah said she wanted to just be friends, but Luke was finally ready to make his move -- and Hannah let him, confusing her pals.

"You guys actually don’t know Luke, and you don’t understand me and him," Hannah says in defense. "This whole time I’ve been good. Do you guys even f**king know Luke? No. You’re sitting back, you’re not out with us … [and] I’m not dating him!"

"Because he played the f**k out of you!" Paige fires back. "How do you not see that?! He’s been f**king girls all summer. He’s been manipulative to you. He came up to you at a party and said, 'Don’t talk to a guy in front of me!'"

Hannah repeatedly pleads with her friends to "listen to me!" to which Paige replies, "I am listening to you and you sound insane like you’re under some f**king trance."

"I've never been with a guy who wants to talk to me all day and not have sex with me, and now I realize it’s because he had feelings and didn’t want to f**k it up," Hannah tells the group.

"That’s an insane excuse," Paige scoffs. "If you have feelings for someone, you have sex with them!"

Luke and the rest of the house -- Kyle Cooke, Carl Radke and Lindsay Hubbard -- all watch the drama unfold from inside the house. Check out the full clip here:

"I lost an entire f**king summer with you because of him!" Paige shouts. "Hannah, I missed you all f**king summer … I did this summer to hang out with you."

Hannah tries to play down Paige's and, in turn, Amanda’s feelings, saying they have significant others too, but they’re not giving in. Paige notes how she hasn’t spent any of her weekends with her boyfriend all summer, as he’s stayed in New York City while she’s been in the Hamptons, while Amanda aims to draw a comparison to how Hannah feels about her fiancé, Kyle, which ultimately backfires.

"Would you ever let a man talk to me, talk about me, the way he does to you?" she asks. "You get so upset with Kyle…"

Hannah cuts Amanda off, saying, "OK, well that's the root of your issues," which strikes a nerve in her. Amanda jumps out of her seat and exclaims, "No, it's not! Oh my god, Hannah! F**kin' A, dude."

"You miss me and you don’t like what’s going on with you and Kyle, so don’t take it out on me," Hannah says.

That's when Paige and Amanda break down crying, and Lindsay comes out to pull Hannah aside. As the two walk off, she mutters through tears, "You’d think my best friend would understand me. I feel, like, so betrayed."

Hannah teased the fiery exchange to ET back in March and what it meant for her friendship with Paige moving forward.

"When your friend starts seeing someone, it does affect the friendship," Hannah said. "I think we got to a certain place where we were not agreeing about the relationship, and it sucked that a guy can take a toll on your friendship, because I love Paige more than anything and I want her to be in my life as long as possible, where dudes come and go, you know?" 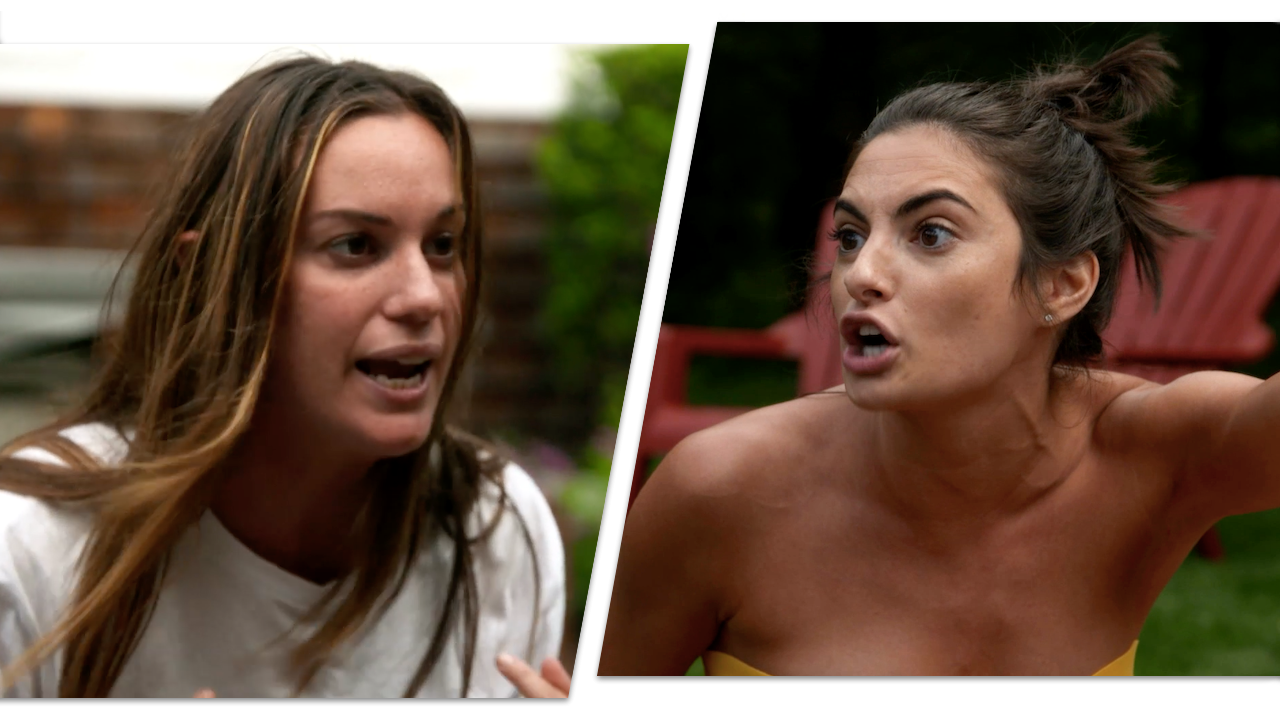